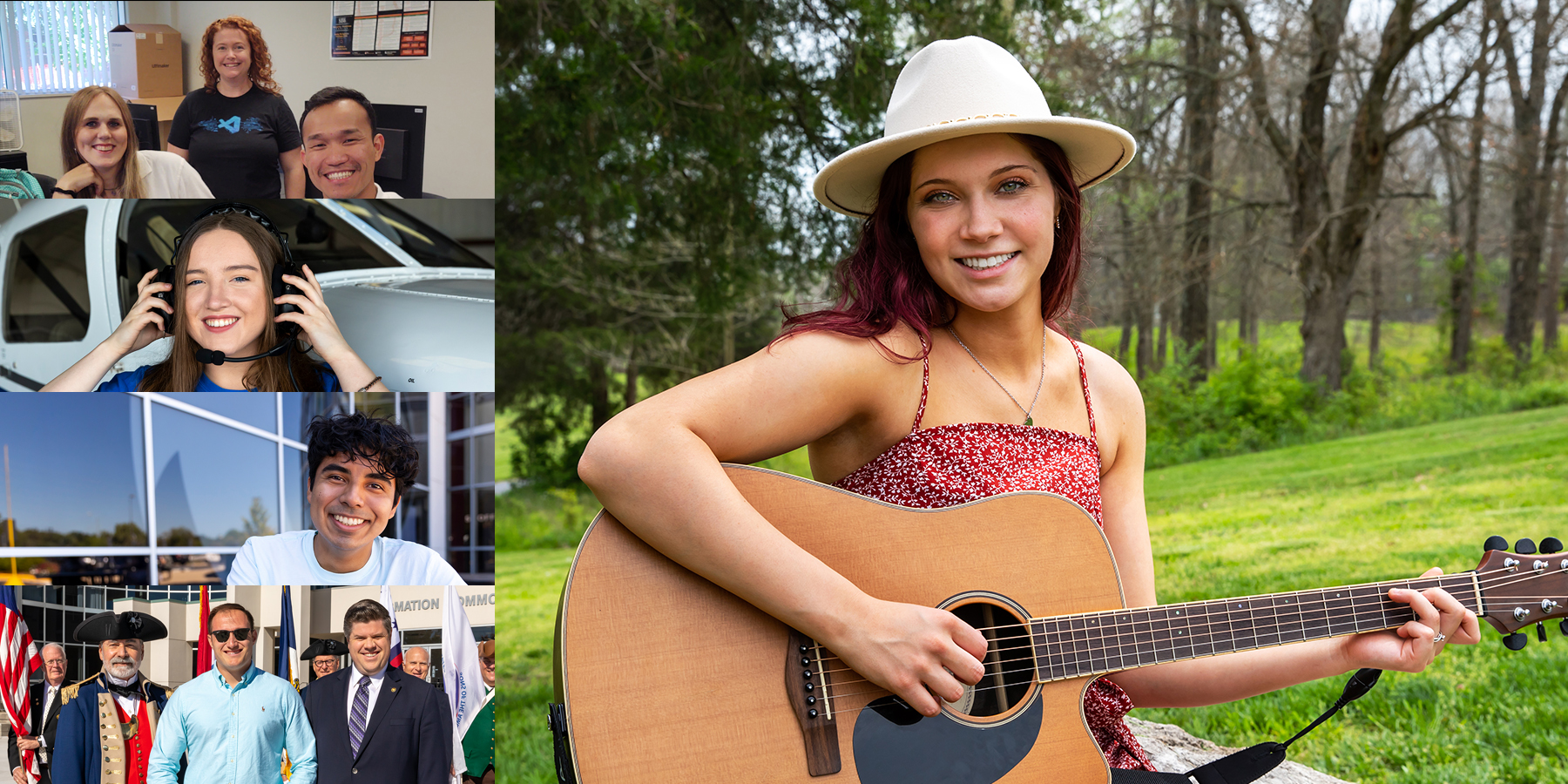 As the clock winds down on the year, we’re taking a moment to look back on some of our favorite student success stories of 2021.

At just 18 years old, Riley Braker began attending Missouri State University this fall – not as a freshman but as a junior in college. The Ozark, Missouri native enrolled in one of OTC’s dual credit programs while still in high school. In May, Riley graduated with her high school diploma and associate degree simultaneously. While Riley plans to pursue a business degree at Missouri State, her biggest passion is music.  (Read more.)

Anita remembers the moment she decided to become a pilot. She was five years old, boarding a flight from the U.S. to Russia, when a female pilot greeted passengers over the intercom. Anita turned to her parents in disbelief – she didn’t realize women could become pilots too. Years later, Anita is working to become a pilot herself. Her abilities in the classroom and cockpit, in a field that is still majority male, earned her the Breaking Traditions award and scholarship from the Missouri Department of Elementary and Secondary Education. (Read more.)

Multiple OTC students placed and earned medals at the annual SkillsUSA National Leadership and Skills Conference, held virtually June 7-17. During the event, more than 6,500 career and technical education students competed in 107 different trade, technical, and leadership fields. OTC had thirteen national competitors this year, and all of them finished in the top 20. (Read more.)

Giovanni Sanchez has overcome more challenges than most 20-year-olds. Now, a semester away from an associate degree in computer science, Giovanni is the first OTC student ever to earn the Purdy Emerging Leaders Scholarship. Born in California to Mexican parents, Giovanni, like his three siblings, is a United States citizen, but his parents are not. When he was just 9 years old, Giovanni’s parents were deported to Mexico, and, of course, their children went with them. For his parents, the move to Mexico was a return home, but for Giovanni, he was moving to a foreign country. (Read more.)

From childhood on, Anthony Risvold had a goal of supporting his community as a firefighter. Anthony graduated from OTC with his Fire Science degree earlier this year, but his goals haven’t stopped there. He is currently in the application process for OTC’s Paramedicine program. After completing that degree, he plans to seek employment in St. Louis County and attend their fire academy. Dr. Loren Lundstrom, OTC’s dean of student development, nominated Anthony for the award. “Even after his service in the military, Anthony, like so many of our student veterans, continues to serve his country and community. For that, we are very grateful.” (Read more.)