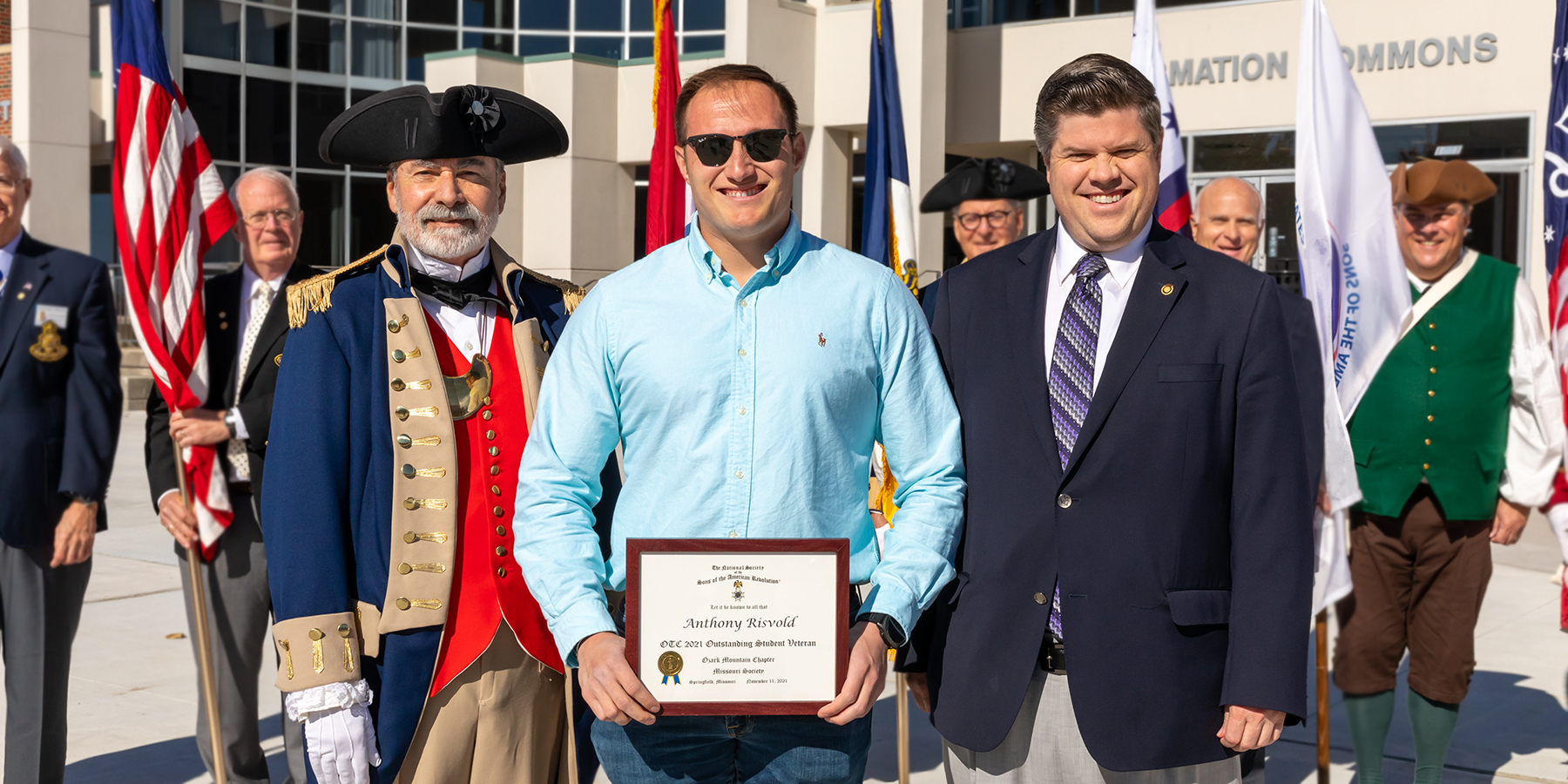 OTC’s Outstanding Student Veteran Award is presented annually to a student in good academic standing with an honorable service record. The student’s personal conduct, contributions, and successes as an OTC student play a primary factor in the nomination and selection process. The award was presented this year by OTC board member J. Howard Fisk and Sons of the American Revolution President and State Representative Curtis Trent.

“I am so grateful that I have received this award,” Anthony said. “Being able to further my education following my tenure as a United States Army Medic will allow me to continue my passion for helping others.”

Dr. Loren Lundstrom, OTC’s dean of student development, nominated Anthony for the award. Dr. Lundstrom describes Anthony as having a “heart for service.” From childhood on, Anthony had a goal of supporting his community as a firefighter. After his time in the Army as a medic, he decided to return to school to pursue his dream of firefighting – and chose OTC as the place to make that dream come true. As a student, Anthony maintains a 3.9-grade point average. He is an active member of Veterans Upward Bound, a program designed to help veterans refresh academic skills and acquire the confidence necessary to complete a college degree. Anthony is also a volunteer, serving as many as 36 hours each month as a firefighter for the Willard Fire District.

Anthony graduated from OTC with his Fire Science degree earlier this year, but his goals haven’t stopped there. He is currently in the application process for OTC’s Paramedicine program. After completing that degree, he plans to seek employment in St. Louis County and attend their fire academy.

OTC is proud to have students such as Anthony, with a distinguished record as a veteran, student, and member of the emergency response community. “Even after his service in the military, Anthony, like so many of our student veterans, continues to serve his country and community,” Dr. Lundstrom said. “For that, we are very grateful.”