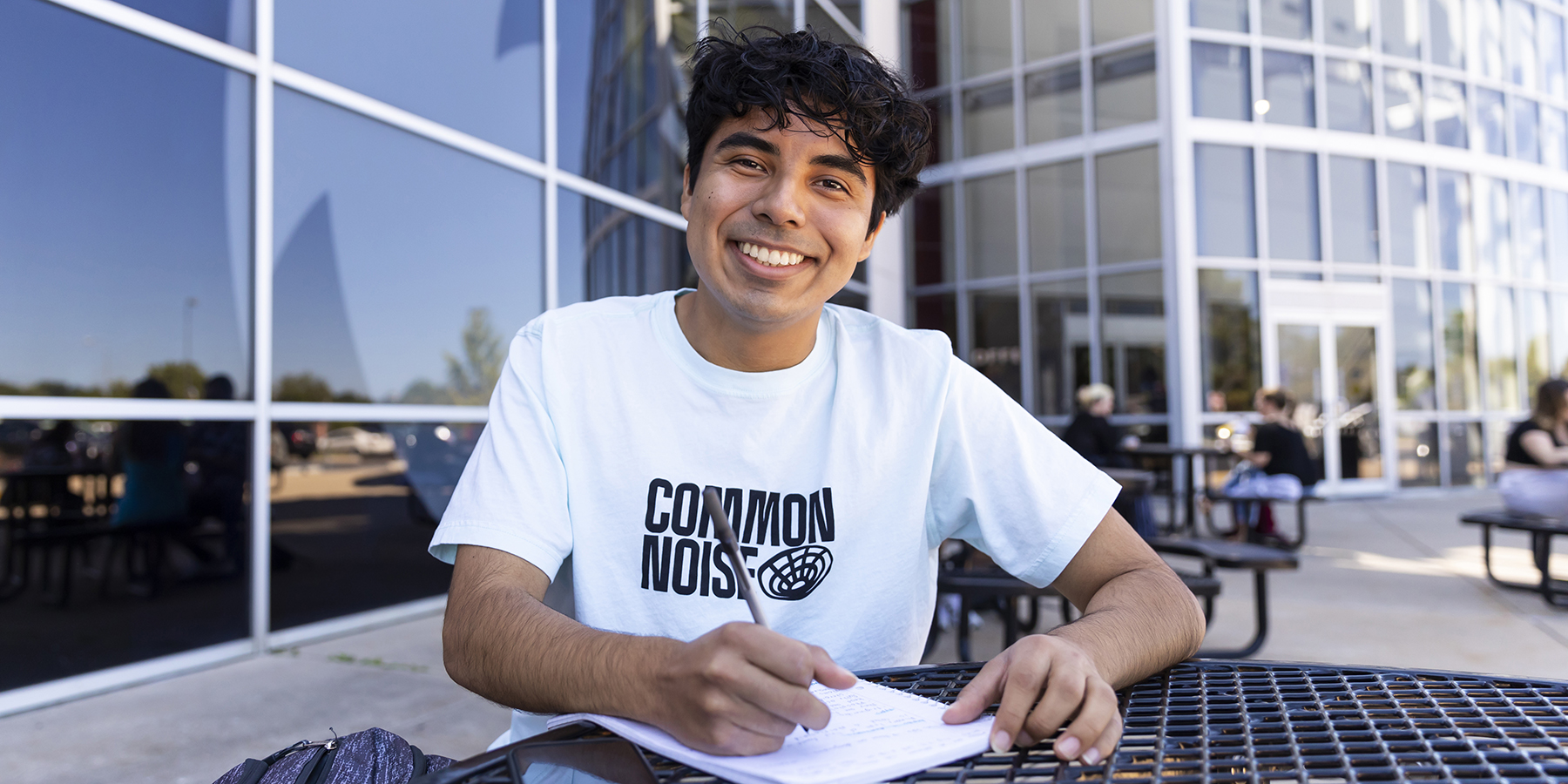 Giovanni Sanchez has overcome more challenges than most 20-year-olds. Now, a semester away from an associate degree in computer science, Giovanni is the first OTC student ever to earn the Purdy Emerging Leaders Scholarship.

Born in California to Mexican parents, Giovanni, like his three siblings, is a United States citizen, but his parents are not. When he was just 9-years-old, Giovanni’s parents were deported to Mexico, and, of course, their children went with them. For his parents, the move to Mexico was a return home, but for Giovanni, he was moving to a foreign country.

“That first semester, I went all out and earned a 4.0 GPA,” Giovanni said. “Then I had the opportunity to join the OTC Honors Program, so I went for it and got in.”

The honors program opened up opportunities for Giovanni. He took a service-learning class where he worked at the Ronald McDonald House, cleaning the facility and doing handyman work. Plus, while going to college, Giovanni has always had a job, first at Wendy’s and now at Einstein Brothers Bagels. All of these experiences developed the leadership skills that likely earned Giovanni the Purdy Emerging Leaders scholarship.

“At Einstein Brothers, I train new employees, show them around the store and introduce them to all of their co-workers,” Giovanni said. “In class projects, when we’re brainstorming ideas, I like to make sure everyone has a chance to be heard and has a role in the presentations.”

2021 is the first year community college students are eligible for the Purdy scholarship – in the past, it was only open to students at four-year institutions. Giovanni was one of the students urged to fill out the application.

“He’s just one of those kids that you meet and think, ‘He really cares about what he’s doing here, about others, about the things that matter,’” said Todd Yerby, director of the OTC honors program. “That drive, that focus, that attention, that desire to do things well is what has and will continue to provide positive returns in his life and the lives of those around him.”

Giovanni was in Mexico with his parents for the summer when he learned that he’d earned the valuable Purdy Scholarship, worth up to $5,000 per year and renewable for up to three years.

“My parents were super excited,” Giovanni said. “The scholarship pays for school.”

When Giovanni’s parents first came to the United States, they were both teenagers, just 19-years-old, and they worked in fast food. At 20, Giovanni has worked his share of fast food, but those jobs were a means to an end. He plans to graduate from OTC in December and transfer to Missouri State to pursue a bachelor’s degree in computer science.