OTC student breaks traditions thousands of feet in the sky 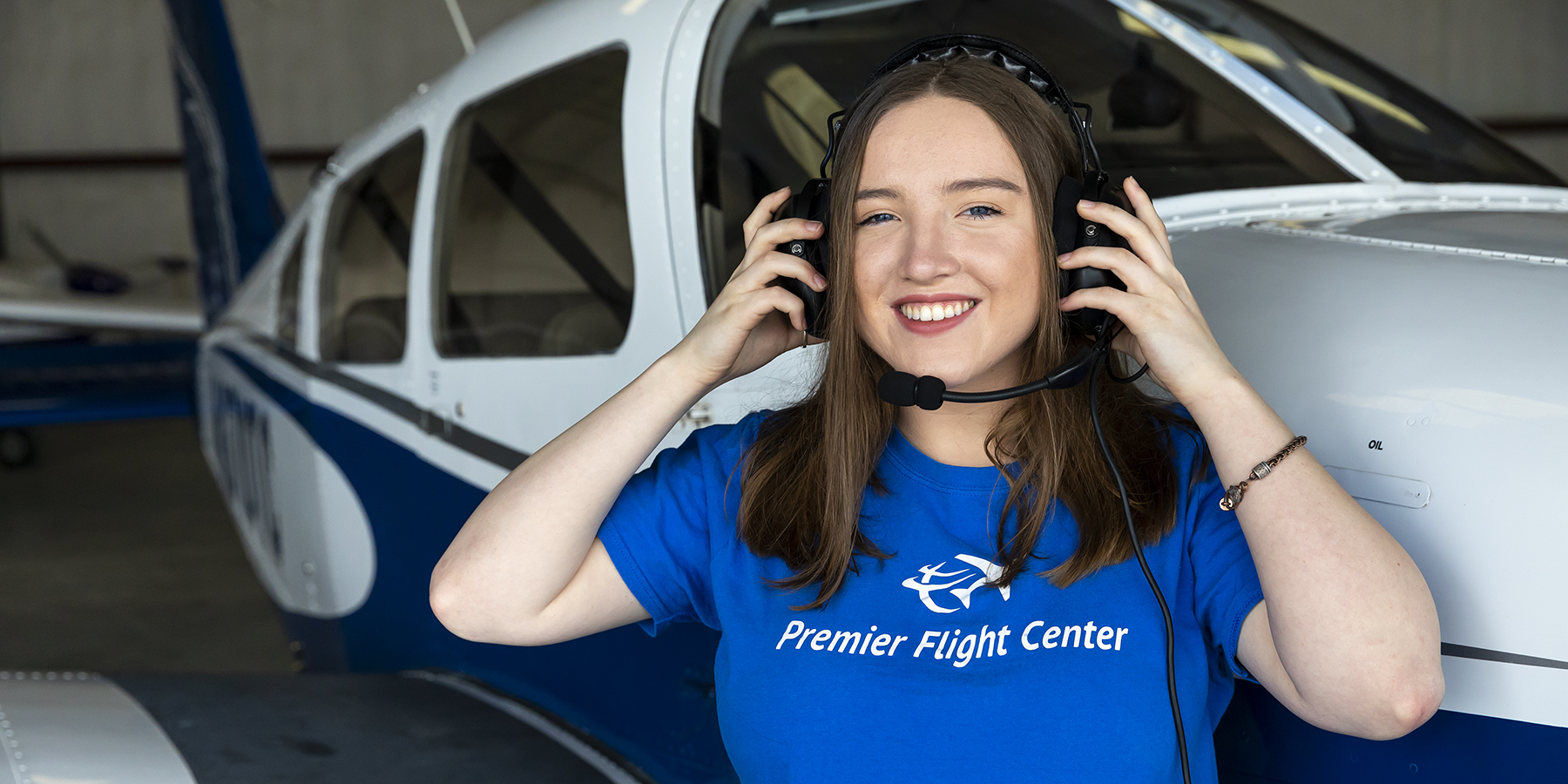 OTC student Anita Golovin remembers the moment she decided to become a pilot. She was 5 years old, boarding a flight from the U.S. to Russia, when a female pilot greeted passengers over the intercom. Anita turned to her parents in disbelief – she didn’t realize women could become pilots too. Years later, Anita is working to become a pilot herself. Her abilities in the classroom and cockpit, in a field that is still majority male, earned her the Breaking Traditions award and scholarship from the Missouri Department of Elementary and Secondary Education.

“I thought I was in trouble when Kyle (OTC Aviation Dept. Chair Kyle McKee) called me up. He had a serious face,” Anita said. “Then he smiled and said, ‘I only called you up here to tell you you’ve won this scholarship.’”

The Breaking Traditions award earns Anita $1,000 per semester for the fall and spring semesters next school year. The money was welcome to help offset the cost of her pilot training, and her family was incredibly pleased with her accomplishment.

“They’re proud of me. Especially my grandparents in Russia,” Anita said. “My grandma is showing me off. She says to her friends and neighbors ­– look at this, this is my grandchild.”

“In kindergarten, it was challenging when the teacher tried to communicate with me. I had no clue what she was saying,” Anita said.

Anita learned English along with her parents, who later moved to Rogersville, where Anita attended high school. Anita is bilingual, and she remains in close contact with her paternal grandparents, who still live in Russia. On that trip to Russia to visit her grandparents when she was six, Anita told her grandfather about the female pilot she encountered on her flight.

“My grandpa told me that he always wanted to be a pilot and that it was a dream he could never reach,” Anita said. “I told him that I would become the first pilot in our family and carry on his dream for him.”

Anita is genuinely breaking traditions. Overall, about 95% of pilots are men. Breaking traditions, scholarships are reserved for students pursuing professions where their gender represents just 25% of the population. On her first day of ground school, she walked into class and saw nothing but male students. Thankfully, she met and formed a bond with the other lone female in her cohort. The two remain friends.

Aviation Department Chair Kyle McKee highlighted Anita’s hard work and studious nature, despite the overwhelming lack of female representation and the cost of flight labs when nominating Anita for the award.

“I have seen her diligence in her classwork, communicating respectfully and pro-actively with her instructors in and out of the airplane,” McKee said. “All the while, she maintains friendly interactions with her classmates.”

Today, Anita is weeks away from earning her private pilot’s license. After that, she’ll work toward her commercial pilot license. Anita eventually hopes to become a flight instructor and one day reach the pinnacle of her profession as an airline passenger pilot. Then, she can fulfill her grandfather’s dream and, maybe, inspire a little girl who didn’t know women could become pilots.