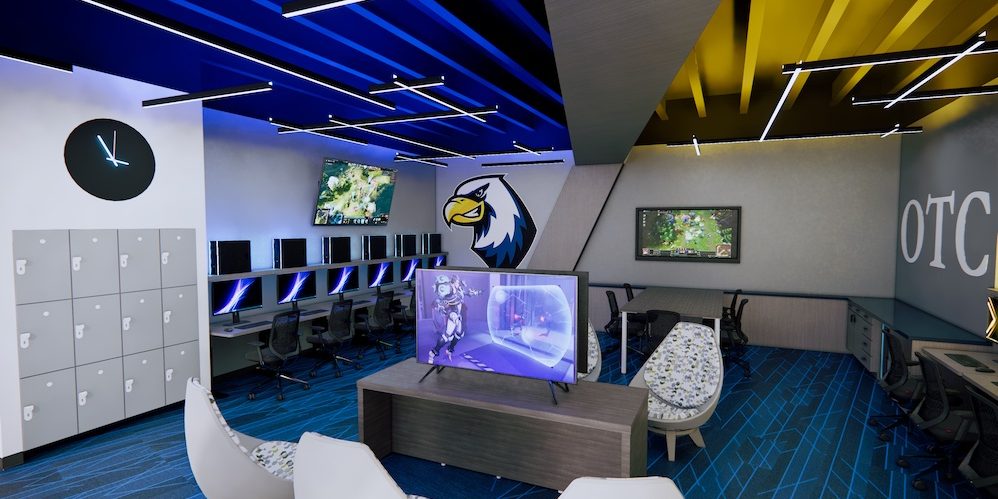 For the first time in the history of the college, Ozarks Technical Community College will field a sports team. OTC will debut esports at the college in the spring of 2022 and will begin competing in the fall. Esports is competitive video gaming.

“Our students have shown a desire to play video games against each other and teams from other colleges,” said Dr. Tiffany Ford, OTC esports coach and department chair for computer information science. “Now, competitive gamers can combine OTC’s high-quality, low-cost education with their desire to be a part of a college esports team.”

Esports is extremely popular; Pew Research reported in 2018 that 90% of teens aged 13-17 play video games. In an article in “The Sports Journal,” one college esports tournament organizer noted that its tournaments attracted more than 40,000 competitors from more than 1,350 colleges. The article also notes that esports competitors reap the same benefits as traditional college sports participants, such as teamwork, time management and focus.

OTC will field a competitive, varsity esports team. Students must be enrolled full-time (at least 12 credit hours), have a 2.5-grade point average and commit to weekly practice sessions to be eligible for the team. Initially, the college will compete in League of Legends and Rocket League, with 16 students comprising the squad. There is no travel involved because competitions are virtual.

Currently, the college is recruiting players and constructing a space on the OTC Springfield Campus to house the esports facility. Players will have access to thirteen gaming computers along with Xbox and Nintendo consoles. Besides the competitive team, the esports facility will be available for open play for OTC students during certain hours.

OTC will join the National Association of Collegiate Esports (NACE). With more than 170 members, NACE is the largest association of collegiate esports programs in the country.

A woman’s journey from Bosnia to the Ivy League via OTC
May 11, 2022
NEWS QUICK LINKS
RECENT ARTICLES
ARCHIVES
Go to Top