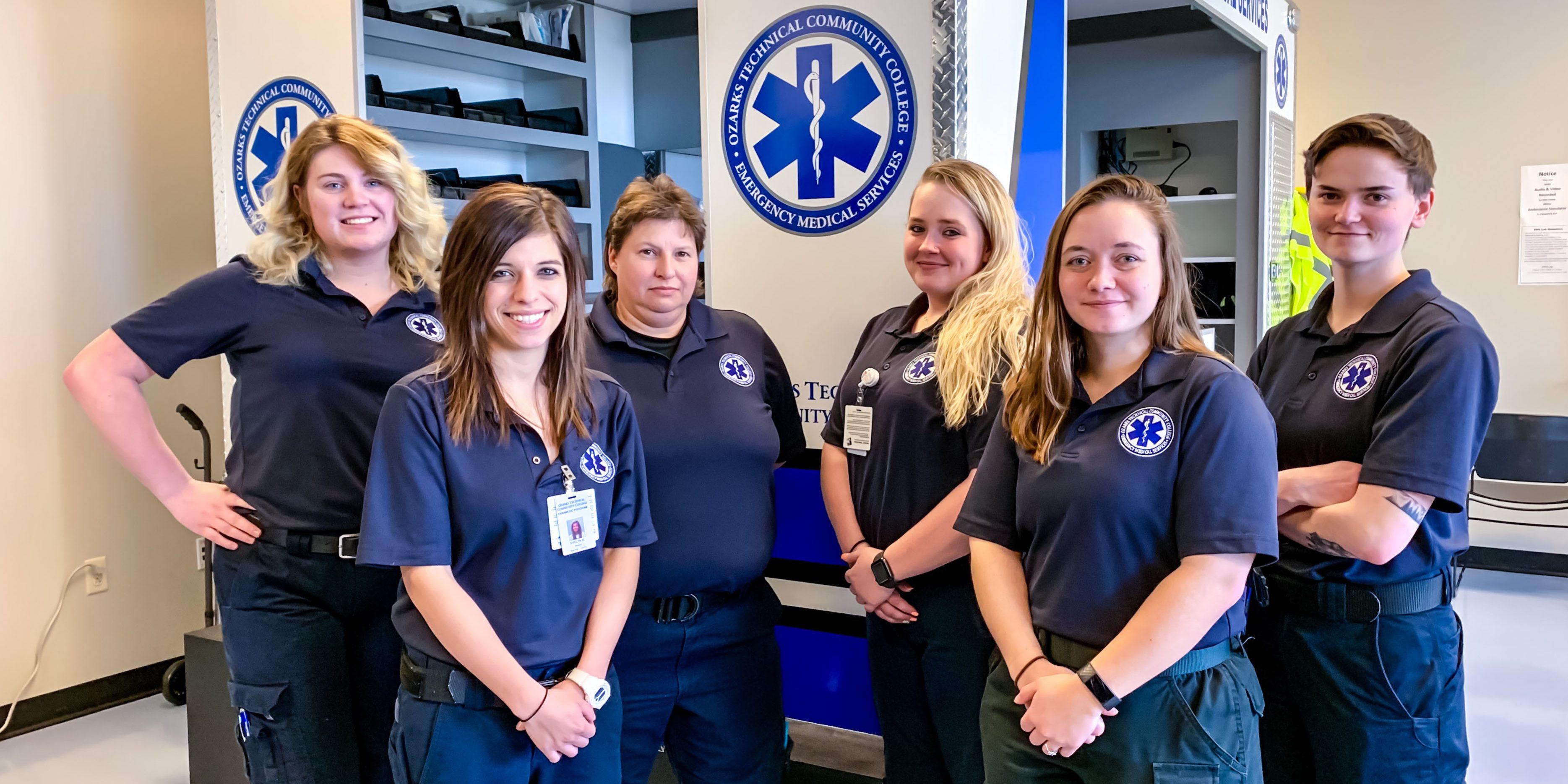 It’s no surprise that women predominate many health care professions. In fact, the U.S Bureau of Labor Statistics states that 92 percent of nurses are female. However, that’s not exactly the case in the Emergency Medical Services (EMS) field, where women make up only 21 percent of licensed paramedics.

Six students at the OTC Waynesville Center are working against that trend. The group makes up the college’s first all-female paramedic cohort. Some of the women have years of experience as emergency medical technicians, while others are fresh out of EMT school. A few are even stationed as medics at the nearby military base.

Kylea Traughber and her classmate, Samantha Gordineer, are combat medic specialists at Fort Leonard Wood. Onsite, they’re more often referred to as 68Ws (pronounced sixty-eight whiskeys). Kylea says she and her classmates have helped each other grow in the field.

“Everyone brings something different to the table,” Kylea explained. “We’ve done a great job taking turns at lifting up or encouraging those who might not be as experienced as some in a particular area.”

“They’re a dynamic group. They’re diverse with multiple different skill sets coming into the class, but they work and build off of each other,” she said.

In Missouri, EMS students must earn their EMT certification and licensure before applying to paramedic school. Kelly’s students typically work 24-48 hour shifts as EMTs in addition to their paramedic training and clinical rotations. But the women in this particular cohort say they have to overcome a bit more than sleepless nights and time management skills while they’re in school.

“Patients will sometimes tell us that we’re too small to be paramedics,” Kylea explained. “We’ll hear comments like that while we’re on the job or performing clinicals.”

Tatiana Bashant, a former dental assistant turned EMT, says she’s gotten pretty good at letting remarks like that roll off her back.

“I just brush it off or I let it motivate me, depending on the situation,” she explained. “I’m a strong woman. I know what I’m capable of.”

Despite their many differences, the students all agree they’ve got what it takes to succeed in the field. The cohort is on track to complete OTC’s paramedic program in December. 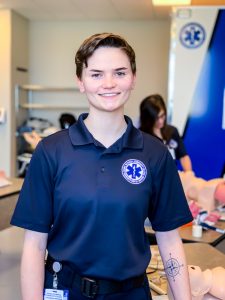 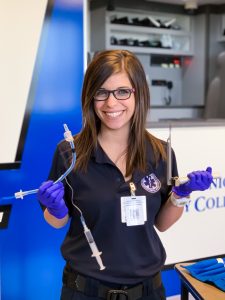 OTC’s EMS Program provides students with both EMT-Basic and paramedic training at several locations across southwest Missouri. Students can pursue their EMT and paramedic certification at the OTC Springfield Campus, the OTC Table Rock Campus and the OTC Waynesville Center. In the spring of 2019, OTC began offering EMT training at the Fort Leonard Wood military base.