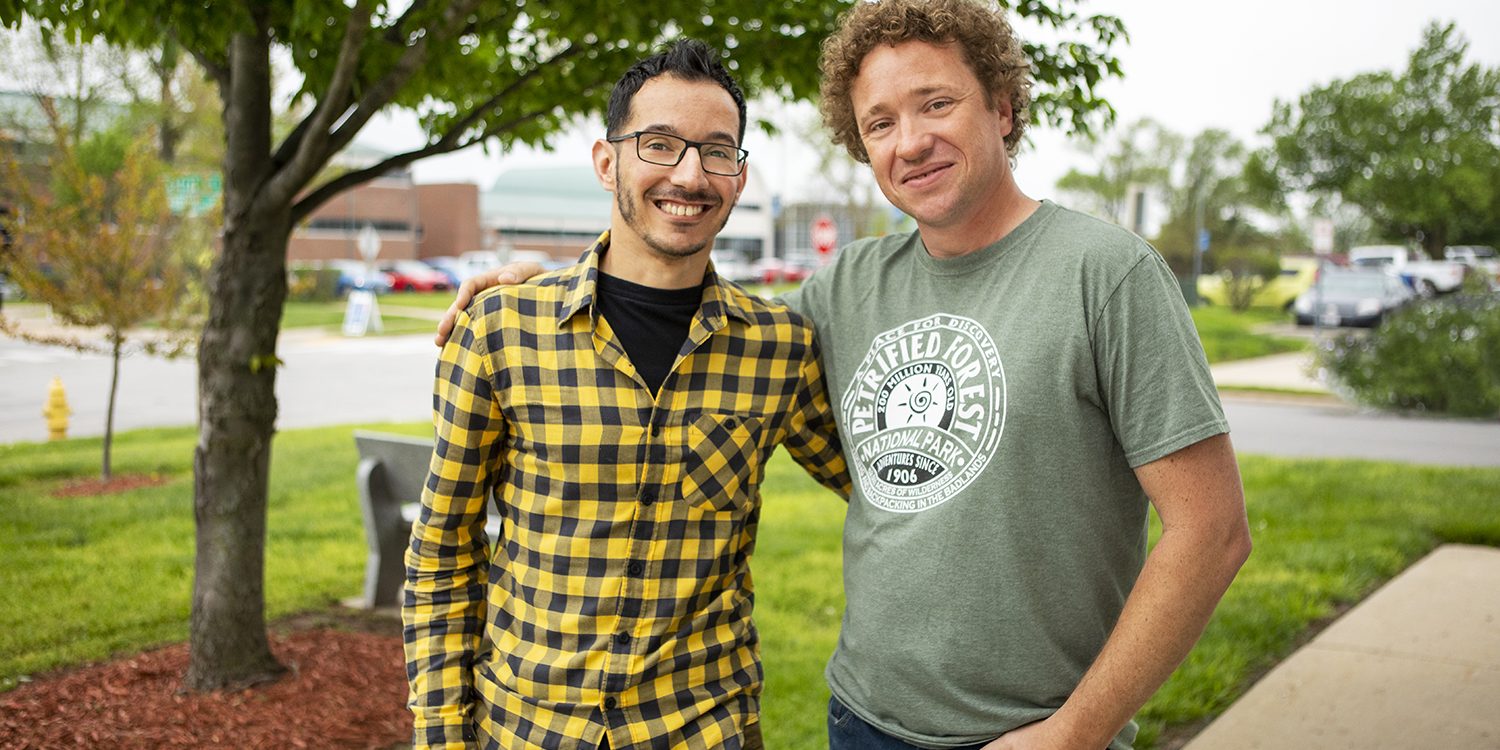 Anthony Sandoval has always been passionate about the environment – so much so, that he plans to make it his life’s work. The soon-to-be OTC graduate dreams of landing a job at the Environmental Protection Agency someday, where he can enforce environmental law, enact conservation programs and educate the public on environmental issues.

“We have one planet, and I firmly believe that we can – and absolutely should – take much better care of her,” Anthony said. “That is why I want to work for the EPA, so I can join other scientists and policy makers to enact change.”

Next week, Anthony will earn his associate degree in biology with honors – a significant feat considering the challenges he has overcome in life. In 2013, Anthony experienced a devastating brain injury that nearly killed him. But after years of speech and physical therapy, Anthony decided it was time to enroll in college and pursue his dream career.

While a student at OTC, Anthony maintained a 3.9 GPA and joined Phi Theta Kappa, the international honor society for two-year colleges. But perhaps his most notable accomplishment at OTC involves his creation of the college’s first environmental club, the OTC Green Council.

“OTC needed an organization where students and faculty could come together to learn about conservation and environmental issues,” he said. “On top of that, I wanted to create an outlet so we could go out and actually make a difference in these issues, whether it be through volunteer work or simply learning more about a problem and making a conscious effort to fix it.”

Anthony credits Mike Martin, a biology instructor at OTC, for helping him navigate the process of starting a new student organization.

“I first met Anthony in my Life Science class, and he quickly became one of the best students I’ve ever had,” Mike recalled. “He’s got the drive that’s going to take him far in life. If it wasn’t for him, we would have never gotten this club off to the start that it’s had, and we’re really going to miss him when he graduates.”

In its first year of operation, the OTC Green Council adopted a local stream, volunteered for several environmental agencies and hosted two public forums. The club now boasts over 50 members. Anthony, who has led the Green Council as president since its inception, says he’s proud of the work he and his fellow students have accomplished.

“When I think back on my experiences at OTC, I am filled with an overwhelming sense of gratitude. I am so thankful for phenomenal instructors like Mr. Martin, who truly inspired me to be the best student and person I could possibly be,” he said. “I am also thankful for the amazing friendships I’ve made through the OTC Green Council. Together, we’ve accomplished everything we set our minds to.”

Looking ahead, Anthony says all his hard work is paying off. The avid environmentalist is being recruited by some of the nation’s top colleges including Stanford, Rice, Pitzer, Texas A&M and the University of Texas. His next big challenge will be selecting the school best suited to help him pursue his dream career in environmental protection.