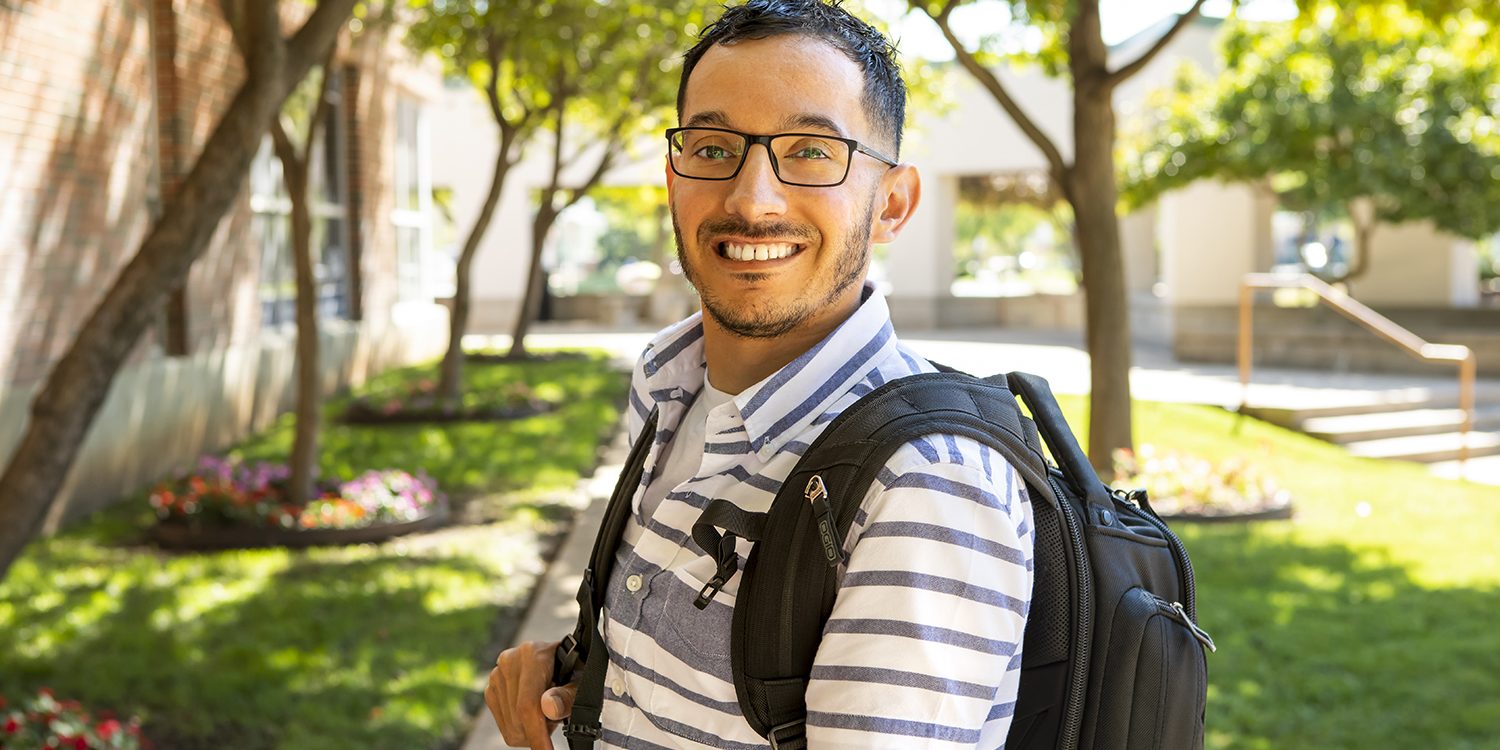 Anthony Sandoval has always been passionate about the environment – so much so, that he plans to make it his life’s work. The OTC alumnus dreams of landing a job at the Environmental Protection Agency someday, where he can enforce environmental law, enact conservation programs and educate the public on environmental issues.

“We have one planet, and I believe that we can – and should – take much better care of her,” Anthony said. “That is why I want to work for the EPA, so I can join other scientists and policy makers to enact change.”

In May of 2019, Anthony earned an associate degree in biology with honors – a significant feat considering the challenges he overcame. In 2013, Anthony experienced a devastating brain injury. It took years of speech and physical therapy before he felt ready to enroll in college and pursue his dream.

While a student, Anthony maintained a 3.9 GPA and joined Phi Theta Kappa, the international honor society for two-year colleges. But perhaps his most notable accomplishment at OTC involved his creation of the college’s first environmental club, the OTC Green Council.

“OTC needed an organization where students and faculty could come together to learn about conservation and environmental issues,” he said. “I wanted to create an outlet so we could go out and actually make a difference.”

“When I think back on my experiences at OTC, I am filled with an overwhelming sense of gratitude. I am thankful for my phenomenal instructors who inspired me to be the best student and person I could be,” he said.

Anthony’s hard work at OTC paid off. In his last year at the college, he was recruited by some of the nation’s top universities including Stanford, Rice, Pitzer, Texas A&M and the University of Texas. Anthony decided to continue at the University of Texas at Austin, where he was one of 50 students selected for the university’s prestigious environmentalism program. He’s now one step closer to landing his dream job at the EPA.