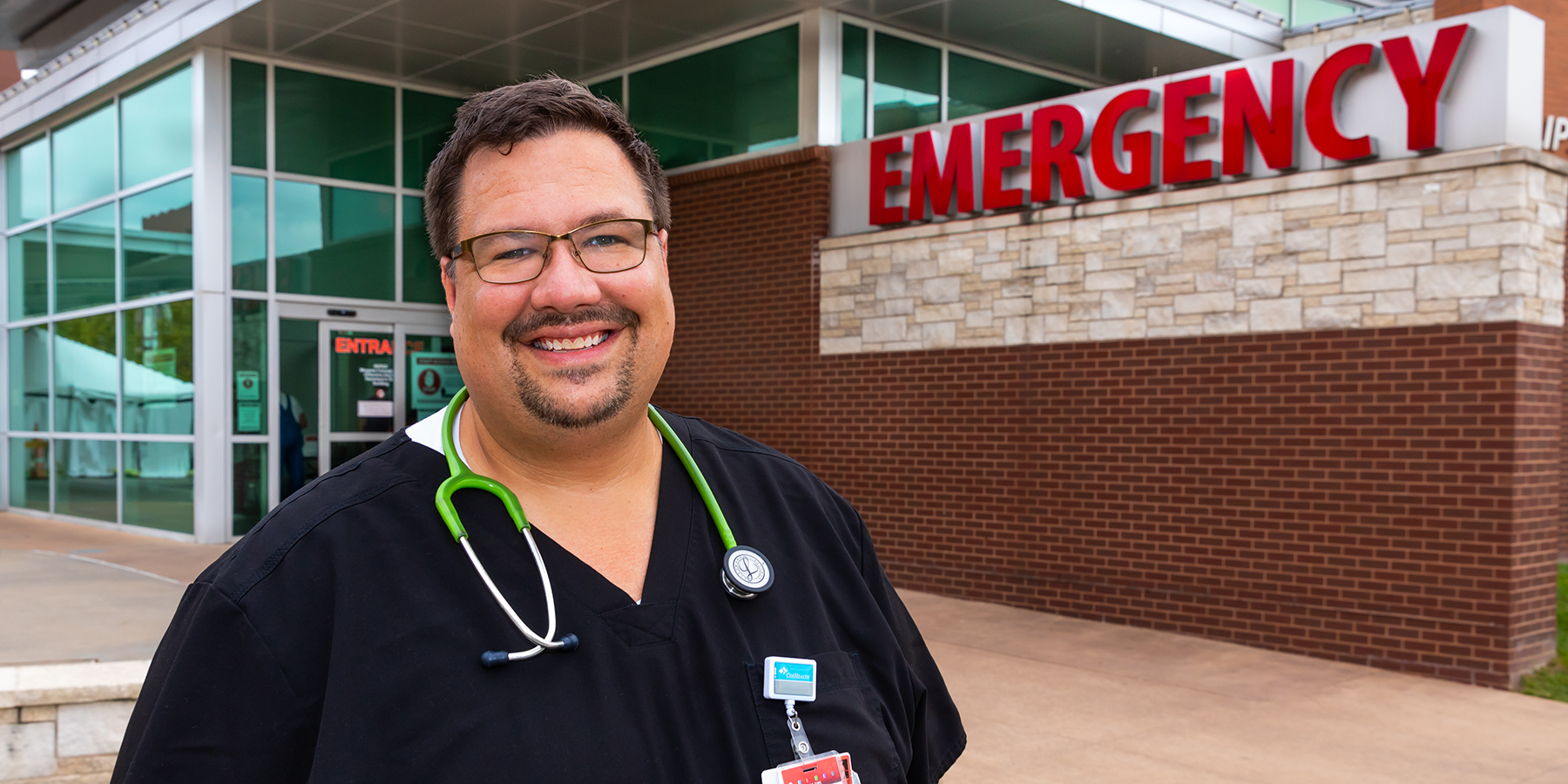 Luke Livgren is making a world of difference with his degrees from OTC. Since graduation, the registered nurse has traveled the globe on seven different medical missions. His first trips involved two- and three-month stints in war-torn Iraq. Most recently, he worked in New York City’s Beth Israel Hospital during the coronavirus outbreak.

“After finding my faith as a young adult, the goal became medical missions. But I knew it was going to take awhile to get there,” Luke explained. “I earned my LPN degree from OTC and did pediatric home care for a bit while pursuing my RN. And then, when I graduated in 2013, I landed a job in Cox South’s ER.”

Luke honed his skills in the emergency room for about five years before signing up for his first medical mission trip to Mosul, Iraq. At the time, Iraqi forces were attempting to regain Mosul from the Islamic State of Iraq and Syria (ISIS). The war had all but destroyed the city, leaving its people destitute.

“Oh, man. It was super, super intense. It’s hard to put into words, but it was this decision of like, “Has God really called me to go here?’” Luke said. “In my head, I knew I was going into a place where I could very well die, right? It was incredibly humbling.”

No matter the medical mission, Luke says the rewarding nature of his job is worth braving these dangerous work environments.

“The facilities are pretty austere – you don’t have all the tools and drugs and resources you’d normally have. And to be honest, you don’t have the hands,” he explained. “That’s one thing that’s tough about doing missions work. You know there are places in the world that – if they just had the extra set of hands – you could literally save lives with simple materials. But there just aren’t enough people.”

Despite doing more with less, Luke discovered his team’s patient survival rates were just as good as major hospital systems in the United States. In fact, he felt so valued on his first medical mission trip to Iraq, he decided to return once more.

“I was originally supposed to be there for three weeks, but once I arrived and got to work, everything clicked. I was using all my nursing and leaderships skills. I felt the most productive and useful I’ve ever felt,” Luke recalled. “And so, instead of volunteering for three weeks, I did five months – a two month stretch and then a three month stretch.”

After that, Luke embarked on medical missions to Malawi in Africa, the Caribbean island of Dominica and Bangladesh. More recently, Luke volunteered in New York, managing the nursing staff on two separate COVID-19 floors as the pandemic began its spread across the U.S. While the coronavirus has temporarily halted his future mission plans, Luke is working on his family nurse practitioner degree from Graceland University in Independence, Missouri. Once he can travel again, Luke hopes to continue his mission work around the world, keeping the foundation of knowledge and skills he learned from OTC close at hand.

“When I jumped into actual practice, I obviously learned a lot, he said. “But OTC gave me that basis of knowledge – that bank of knowledge – I needed to grow as an emergency nurse,” Luke said.

Although the pandemic has forced Luke to adapt his travel plans, he’s ready for his next mission, whenever and wherever it might be.