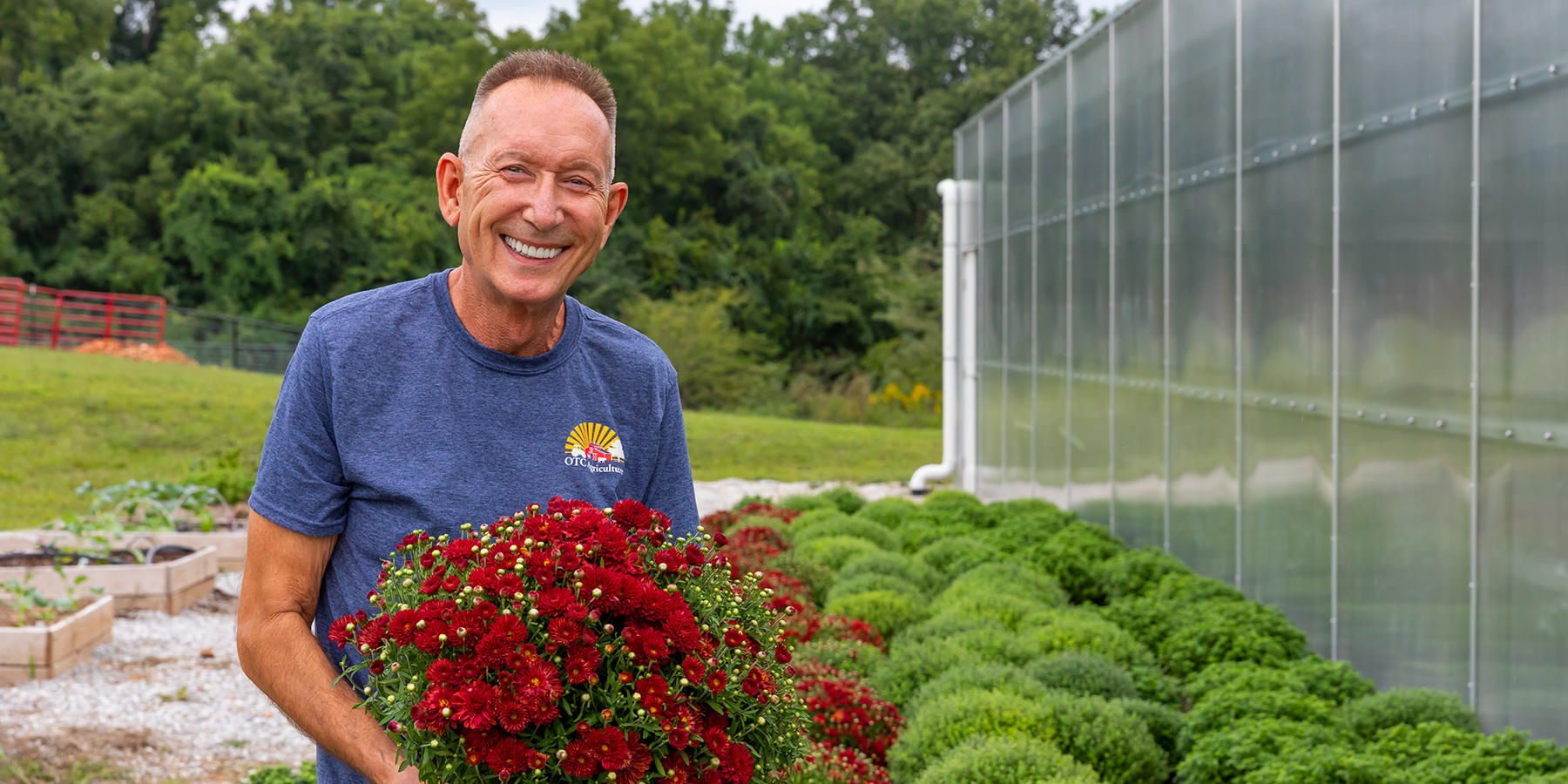 “It’s fun to go to school when you don’t have to,” the 71-year-old said with a grin. “I will always love dentistry, but I’m pretty fascinated by agriculture.”

Gary, a Glendale High School graduate, founded Buzbee Dental in October 1977 after serving two years in the United States Air Force. Captivated by dentistry at an early age, Gary earned his postsecondary degrees from Drury University and the University of Missouri-Kansas City School of Dentistry. In fact, his enthusiasm for the profession was so contagious, his two sons – Todd and Tyler – now work alongside him as dentists at Buzbee Dental.

Despite Gary’s newfound status as a college student, his connection to OTC dates much further back. Early on in his career, Gary helped train aspiring dental assistants when the college was known as Graff Area Vocational Technical Center. He still takes interns to this day. He also works at OTC as an adjunct instructor in the college’s dental hygiene program.

The lifelong learner decided to become a student again upon discovering OTC’s VIP program, an initiative that lets individuals ages 60+ take select OTC classes tuition-free. Initially, Gary took a creative writing course and a computer course. In the fall of 2019, he enrolled in his first ag course – the History of Agriculture. Admittedly, Gary didn’t enjoy taking history classes as a kid. This time, however, he found himself spellbound by the subject.

“Prior to taking the ag history class, I failed to recognize the breadth and depth of the subject,” he said, excitedly. “It certainly opened my eyes to the vast opportunities in the industry, and made me realize that agriculture is so much more than growing some tomato plants.”

Another surprising discovery awaited Gary in the program – the friendships he developed with fellow agriculture students.

“The kids are hilarious,” he said, recalling his first days in the program. “When I walked into class, they gave me that, ‘What in the world are you doing here?’ look. I think they were a little bit afraid of me at first, and then we became fast friends. I just love how that happened.”

This semester, Gary is taking a plant and soil science course, where he studies the different compositions of soil and the effects they have on plant life, crops, and the national food supply. After that, he looks forward to troubleshooting and repairing small engines in an introductory outdoor power and power sports course. In fact, Gary says he’s so taken with OTC’s agriculture program, he’s now considering a degree in the field.

“As I enter my third semester in the agriculture department, the instructors and students have created this great sense of community,” he said, reflecting on his overall experience. “For me, it feels like home with a diverse family, who all seek common goals.”

Whether inspecting a smile or sowing seeds, Gary’s passion shines through in his work. It’s clear he brings the same curiosity and enthusiasm to OTC that made his practice a staple in the community.