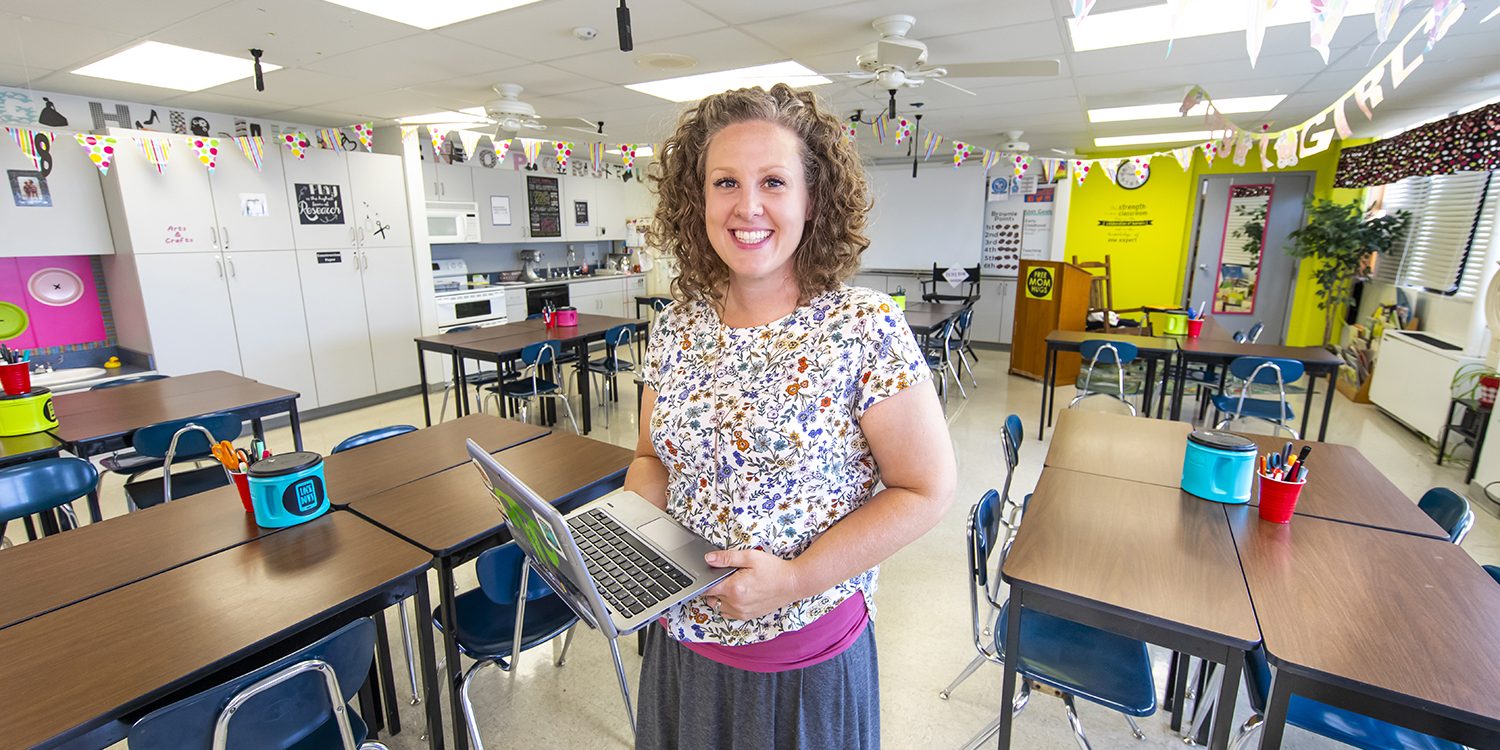 Every semester, Courtney Dameron gives her students a broken flower pot at the beginning of their child abuse prevention unit. As Courtney begins to teach the difficult subject, the students write out the different forms of abuse on the shattered terracotta pieces.

In her next lesson, Courtney hands out rolls of masking tape. She prompts her students to research child abuse prevention methods and label the tape with different intervention techniques. The students then use the tape to rebuild their pots. At the end of the unit, they symbolically plant flowers inside.

Powerful teaching experiences like this one helped Courtney receive widespread recognition for her work. The 35-year-old OTC alumna was recently named both district and regional teacher of the 2019-20 school year by Springfield Public Schools and the Missouri Department of Elementary and Secondary Education.

“This whole process has been incredibly humbling,” she said. “There are so many phenomenal teachers in our district and region, and I am honored that my teaching philosophies and practices have been recognized at this level.”

Courtney always knew she wanted to teach, but she was unsure of the subject area until her senior year at Hillcrest High School. That’s when Courtney fell in love with her Family and Consumer Science classes, taught by Jane Rasmussen. Jane became Courtney’s mentor that year, and she kept encouraging Courtney throughout her college career. The mentor-protégé relationship continued during Courtney’s student teaching assignment and throughout her first years as a teacher in Springfield Public Schools.

Upon Jane’s retirement in 2015, Courtney returned to Hillcrest High School to work for her alma mater. Now, Courtney teaches in the same classroom where she originally found her passion for FACS.

“I’ve always been a very family-oriented person,” said Courtney, a wife and mother of two. “And that’s what Family and Consumer Science classes teach – the family is your foundation, and from there, you go out into the world.”

While at OTC, Courtney worked on campus as a student ambassador.

“I spent my days answering student questions and giving tours,” she said with a smile. “In fact, I still use a lot of the knowledge I gleaned from that position to let my current students know what their options are at OTC and beyond.”

From hands-on learning experiences to college and career guidance, Courtney works hard to build meaningful relationships with her students.

“Once that relationship is established, I can teach them anything,” she said.