OTC student accelerates his career in the diesel industry 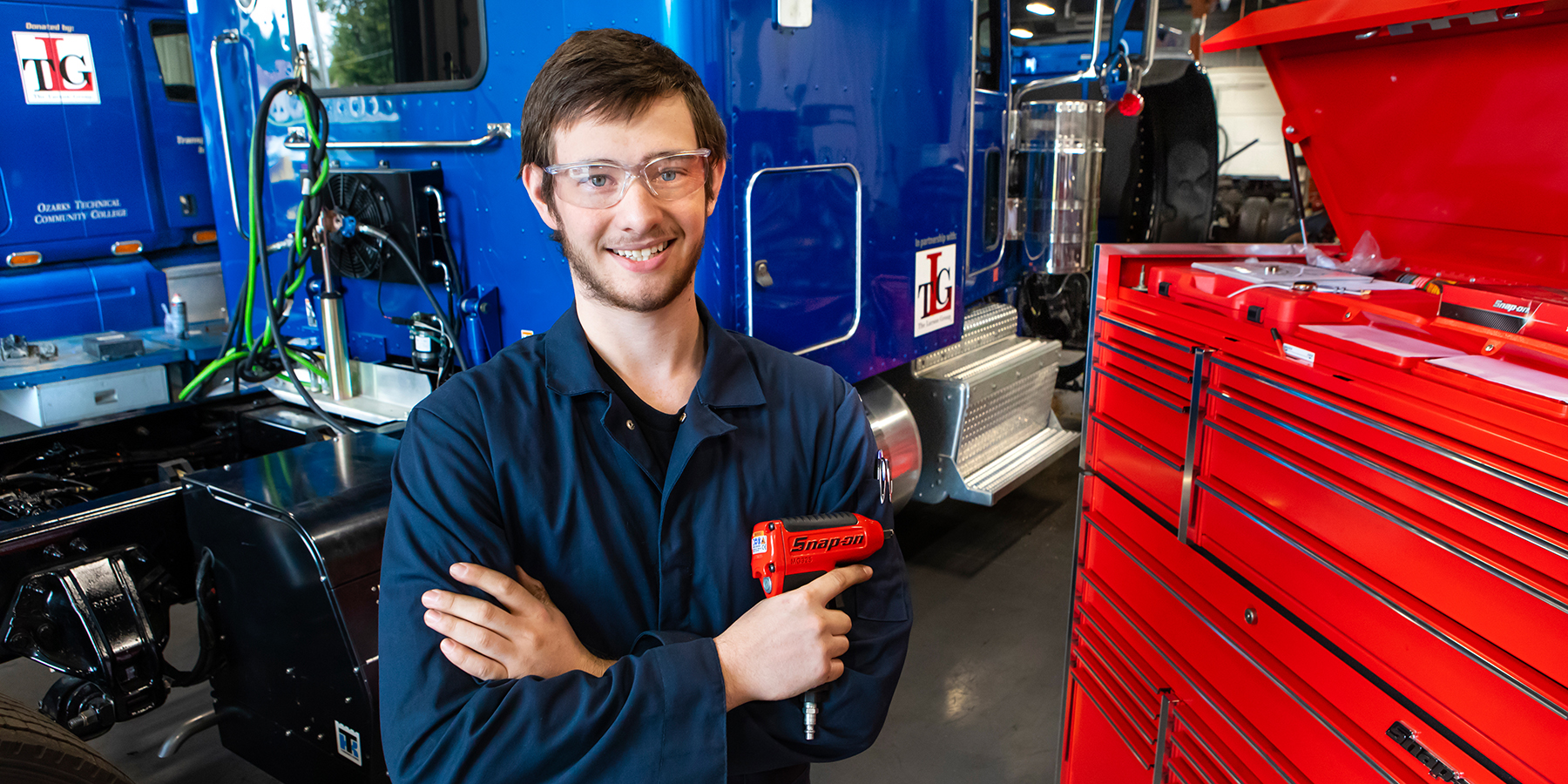 Mike Mize’s love of cars and trucks runs in the family. His father worked as a trucker and his grandfather was a fleet technician. A self-professed “shade-tree mechanic,” Mike spent much of his childhood fixing vehicles with his grandfather on the front lawn.

Today, Mike is a student in OTC’s Diesel Technology Program. The aspiring technician said he’s felt confident in his first semester, often taking on a leadership role in the lab to assist his classmates.

“I’ve always been a take-charge-real-quick kind of person,” Mike explained. “And, since I’m pretty familiar with the concepts we’re learning in class, I enjoy helping my classmates hone their skills, too.”

“The new lab is really cool,” Mike said excitedly. “Plus, it’s been great working with all the latest Snap-On tools – I’ve worked in shops with much cheaper equipment, and it’s not nearly as fun.”

As a child, Mike was fascinated with mechanics. He took his toys apart so frequently, his dad hid all the screwdrivers and tools in the house. But Mike still credits his father for solidifying his future in the diesel industry. When Mike was just 13 years old, his dad brought home a ’92 Chevrolet Silverado with a diesel engine. It was love at first sight.

“That truck is where it all began for me,” Mike said. “Right away, my dad had me replace the brake line on it. Ever since then, I knew diesel repair is what I wanted to do for a living.”

While Mike has always been mechanically inclined, his journey through school hasn’t always been easy. As a child, Mike was diagnosed with a range of learning disabilities including dyslexia. But Mike says his disabilities never limited him, they simply taught him the value of hard work and perseverance.

“The blood, sweat and tears I put in now will make for a lifetime of enjoyment later,” he said earnestly. “As a diesel technician, I’ll earn decent money and be able to give my family a comfortable life.”

Mike’s dream is well within reach. According to the Missouri Department of Higher Education, diesel industry jobs are in demand and on the rise. In other words, the future looks bright for this former shade-tree mechanic.