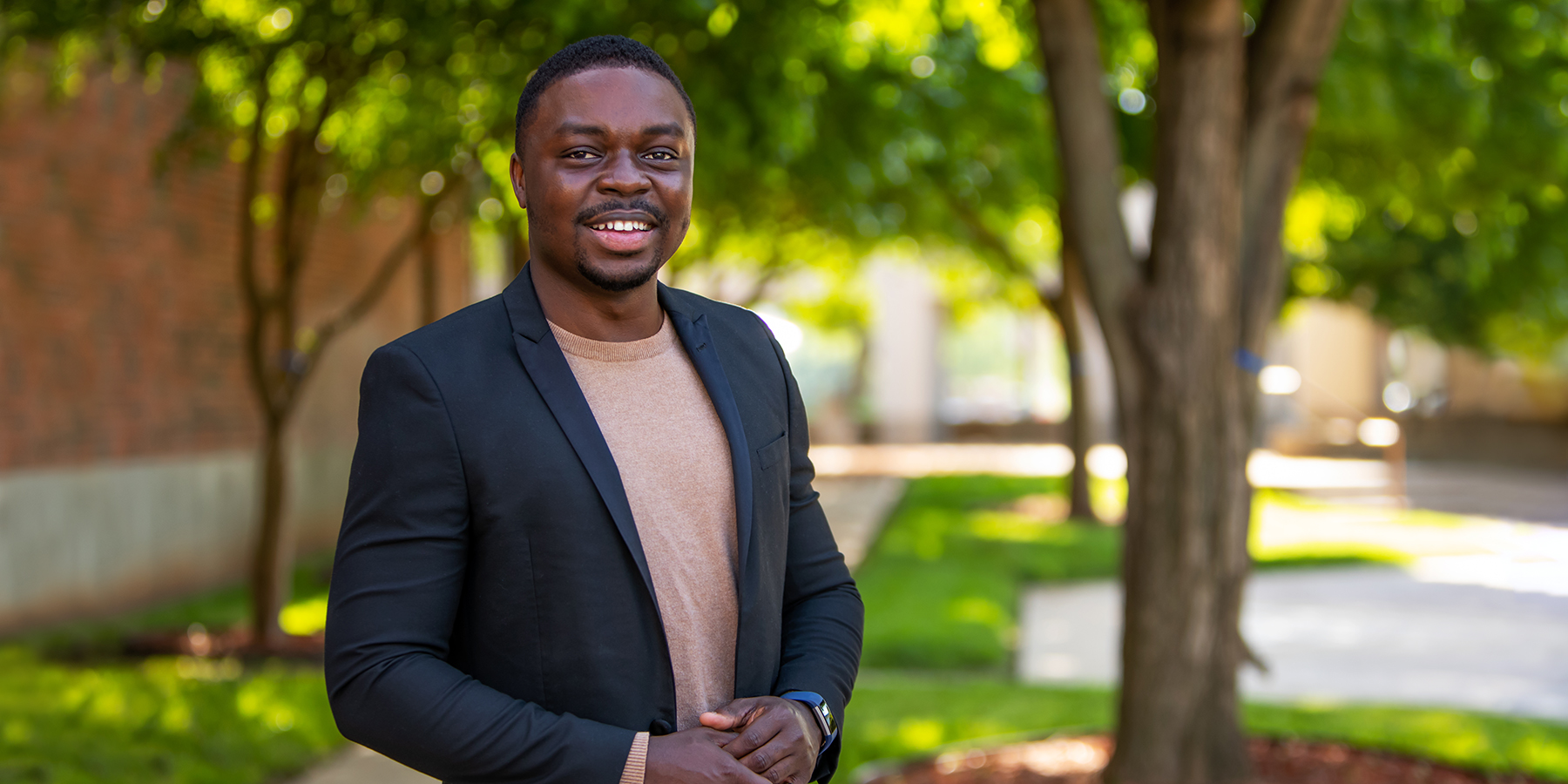 OTC graduate Igho Ekakitie is now one step closer to fulfilling his dream. The aspiring diplomat received a full-tuition scholarship to attend Webster University in St. Louis this fall. He plans to earn a bachelor’s degree in international relations with an emphasis in human rights.

“I want to help people,” he said. “I want to be a voice fighting for human rights and social justice.”

Igho, an international student from Sapele, Nigeria, was one of two students to receive Webster University’s competitive Phi Theta Kappa Distinguished Achievement Scholarship. The scholarship covers two full years of tuition at Webster University, amounting to nearly $60,000. Igho credits his involvement at OTC – and the relationships he formed there – for helping his application stand out from the rest.

“I am proud of the work I accomplished at OTC, and it’s due largely in part to the incredible support I received from instructors, mentors and college leadership,” he said. “OTC Chancellor Hal Higdon and Phi Theta Kappa President Lynn Tincher Ladner were both kind enough to write letters of recommendation for this scholarship, and I am forever grateful to them and many, many others for their support and encouragement along the way.”

Igho began his higher education journey at OTC in 2017. While a student, he worked as an ambassador on campus and joined the college’s Phi Theta Kappa chapter, Alpha Psi Tau. Igho founded the college’s International Students Association and United Nations Chapter, serving both organizations as president. He also earned a spot as a National Council Member of the United Nations Association from 2020-2022.

But his involvement didn’t stop there. This past summer, Igho participated as an Envision advisor for the Global Young Leaders Conference in Washington D.C. and New York City. In his role, he led a group of students from around the world in a model United Nations simulation, and was awarded the Stewards of Children award — the most prestigious honor for an Envision advisor.

“I’m so grateful for all the opportunities I’ve had – the travel, the leadership and networking experiences,” Igho said. “It’s shaped who I am today, and it’s helped me set goals for my future.”

And his sights are set high. Igho hopes to become an ambassador to the United Nations someday, so he can represent the interests of his country and other African nations, especially ensuring peace, security, human rights and social justice for his constituents.

“For too long, many Africans have been neglected by their leaders and the rest of the world, so I want to be that voice, fighting for them – there’s no organization that does that better than the United Nations,” he explained.

While Igho looks forward to the next steps in his higher education journey, he says it will be difficult to leave OTC behind.

“OTC is my family. I’m grateful to every single person, everyone who has been so kind to me from the very first day I stepped onto campus,” he said, his voice breaking with emotion. “I will always remember OTC and the love it has shown me.”