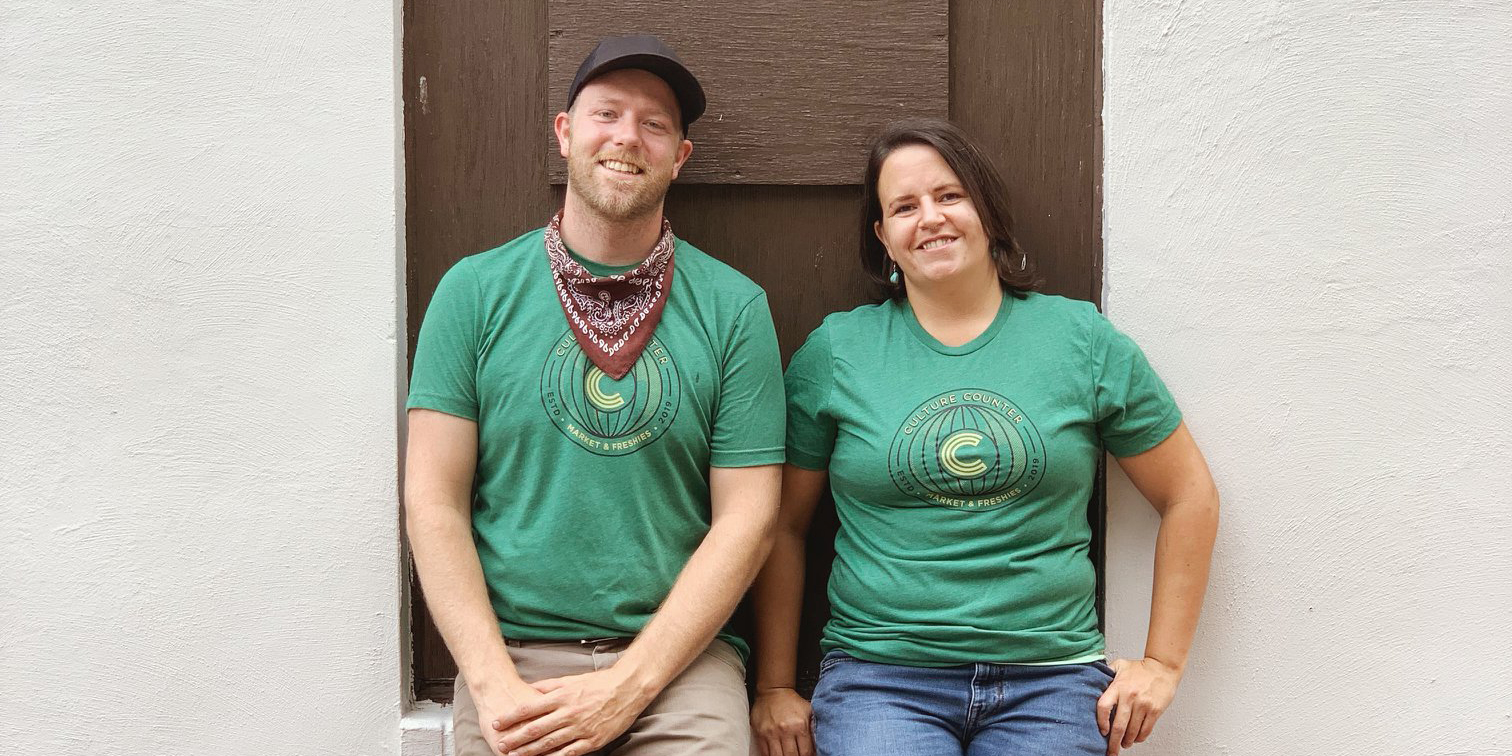 “I’d been feeling this push to become a better steward to the earth,” Bryce said. “And I realized the best way I could do that is by connecting people to the earth through their food.”

“We wanted it to have this mom-and-pop-general-store-type feel with a food focus,” Bryce said. “And that’s where our name – Culture Counter – comes into play. It speaks to this aspect of the brand that’s not so status quo. We’re organically grown, ethically sourced and, most importantly, local.”

All of Culture Counter’s recipes – like the granola and salad dressings – use products available for sale at the store. Bryce says the move empowers customers to recreate the dishes at home.

“It all ties back to our mission of connecting people to the food they eat,” Bryce said.

While Shawnee and Bryce pursued different pathways at OTC, they both credit their associate degrees for bringing Culture Counter to life. Bryce, a drafting and design graduate, arranged and constructed the market’s layout in AutoCAD. He says the work he put into the store’s design helped him save tens of thousands of dollars.

“The tools and education I received at OTC allowed me to conceive Culture Counter’s design and layout from scratch,” Bryce explained. “I was able to take my designs to an architect and say, ‘This is want I want, I need you to make it work.’”

Shawnee earned her associate degree in culinary arts with an emphasis in baking and pastry. She put her skills to the test by creating dozens of unique artisanal ice cream flavors – including raspberry habanero, apple walnut blue cheese and a vegan coconut curry.

“The process was challenging, but fun,” she said with a grin. “I had to build recipes that we could produce regularly in the store while also staying in line with health and safety guidelines.”

The former baker turned start-up partner says she has always liked the artistic and social aspects of her field.

“I love art and I’ve always been fascinated by the study of humans,” Shawnee said. “In helping Bryce establish Culture Counter, I got to create my own works of art, while building relationships with those who believe in this mission just as much as I do.”

With relationships at the heart of their business venture, both Shawnee and Bryce hope Culture Counter will serve the Rountree neighborhood for years to come.