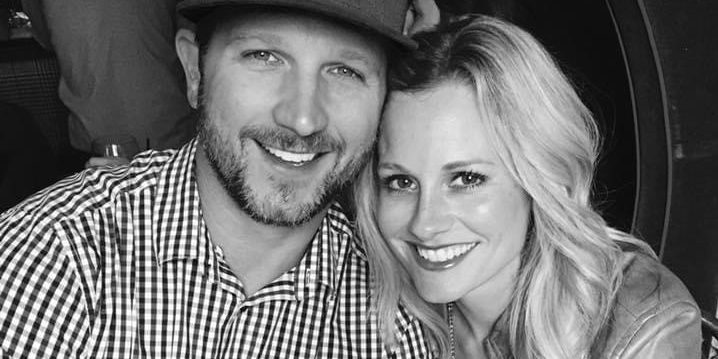 OTC alumni Paul and Crystal Sundy still debate over who asked the other out at the picnic tables near the Jared Family Atrium. The couple, now married 18 years, met as students in the late ‘90s.

“As I remember it, she was stumbling over her words,” Paul said, a hint of playfulness in his voice. “So, I just felt like I needed to jump in with the question.”

Nearly two decades later, Paul and Crystal have built their dream life together. The couple lives in Nixa, Missouri with their two teenage children, Presley and Kinley. After graduating from OTC, Crystal went on to earn her degree in social work and served the state’s social services department for 10 years. Paul, who worked in the restaurant industry while in college, co-owns and operates Springfield’s Big Whiskey’s American Restaurant and Bar.

“I’ve always said, you should do what you’re good at – so, in that way, the industry picked me,” Paul said.

A key player in the revitalization of downtown Springfield, Paul opened his first business, Icon nightclub, in 2003.  Next came the opening of Big Whiskey’s American Restaurant and Bar in 2005, Parlor Eighty-Eight Lounge in 2007, and Fedora Social House in 2008. Big Whiskey’s is now a franchise with 14 restaurants around the country.

“I remember thinking to myself, ‘If you’re going to take great risks, do it now while you’re young,’” he recalled. “If I messed up at that point, I knew I would have plenty of years to fix it.”

Despite the challenges of running a business – particularly one in the competitive, fast-paced hospitality industry – Paul credits his family for grounding him in purpose and vision.

“For me, my ultimate value is how hard I work for them,” he said with pride. “There’s definitely a level of balance, and I don’t think I’m going to do it perfectly. But, when I’m knocking on heaven’s door, I want to know that I did the best I could.”

In addition to their work and family commitments, Paul and Crystal continue to stay involved at OTC. After six years of serving on the OTC Foundation Board, Paul was elected to the OTC Board of Trustees in 2018. He currently serves as vice chair. Together, the couple established the Paul and Crystal Sundy Fund through the foundation.

“Four-year colleges are great for some people, but I do not think the entire world needs to go to a four-year college,” Paul explained. “Whether you’re a traditional or non-traditional student, committing to a community college like OTC – a place that commits back to you – can, quite frankly, change your family’s trajectory.”

Paul and Crystal’s lives are richer and fuller since their start at OTC, but Paul says their growth together is the whole point of marriage.