From the airwaves to airplanes: one student’s journey to becoming a pilot 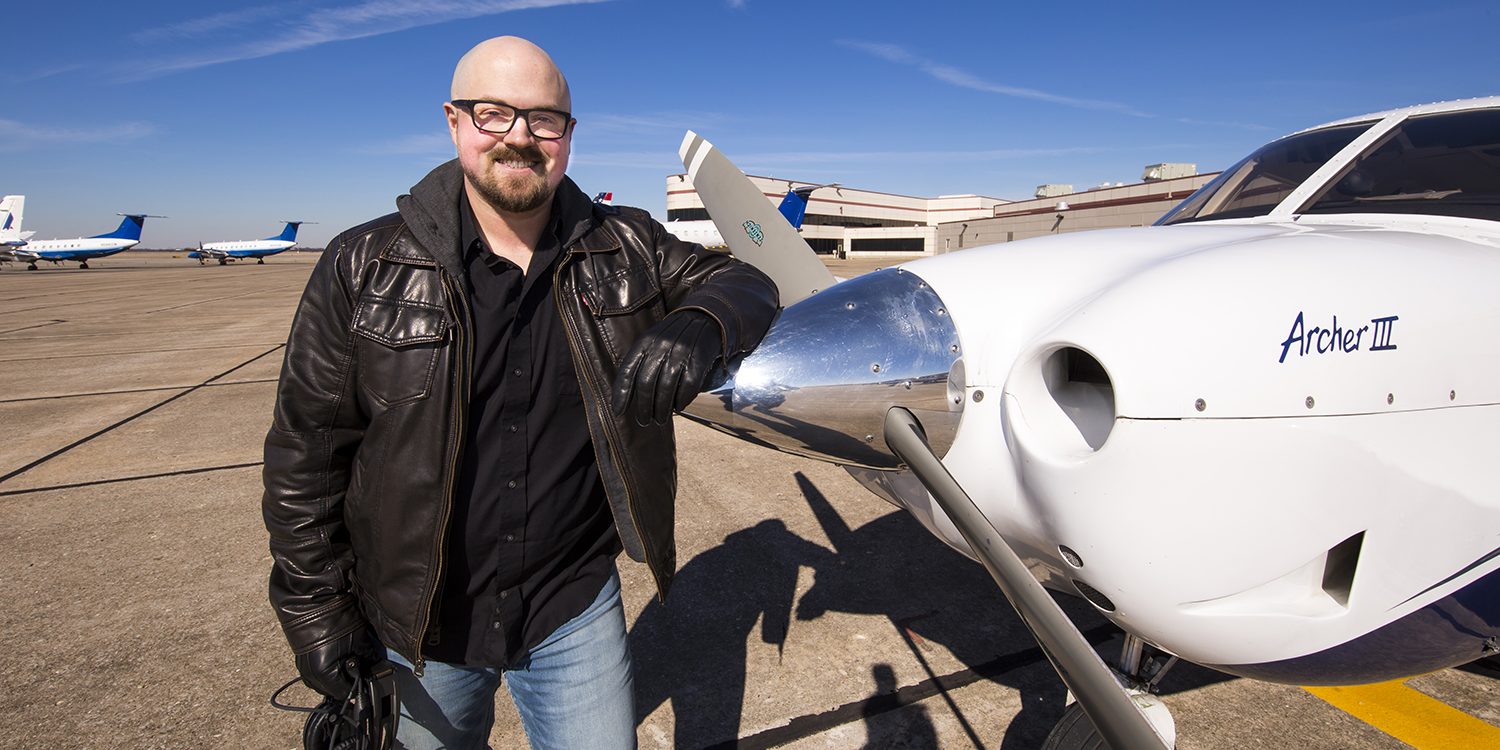 Six months ago, a life-altering event forced Greg to reevaluate his decade-long career in television broadcasting. Today, the former broadcast engineer is — quite literally — taking off in OTC’s new aviation program.

Back in August, Greg — along with dozens of KY3 employees — was informed that he no longer had a position at the company. In total, more than 50 employees lost their jobs at the time due to restructuring.

“It pulled the rug out from under me for sure,” Greg said. “That moment forced me to take a good, hard look at myself and what I wanted out of a job.”

After about a month of contemplation, Greg decided to pursue a lifelong dream. He was going to become a pilot.

“I’ve always been an aviation nut. My dad was in the Air Force, so I grew up around planes,” he explained.

Greg added that his family frequently took him to airshows when he was little. He said his parents often argue whether or not toddler-aged Greg was fascinated by airplanes or terrified of them.

“Either way, I guess you can say aviation left its mark on me,” Greg chuckled in recollection.

The Springfield native added that the only reason he didn’t pursue an aviation career sooner was the lack of options in the area. Before OTC’s aviation program began last year, the nearest flight school of this caliber was located three hours away in Tulsa, Oklahoma.

Greg, who’s now in his first semester of OTC’s aviation program, has already taken flight several times. He described the experience as “exhilarating.”

“When we took off for the first time, I could feel the adrenaline pumping through me — more so than I thought it would,” he added.

Greg will graduate from OTC’s aviation program in 2020 with his Commercial Pilot’s License. After that, he plans to transfer to Missouri State or Drury to earn his bachelor’s degree, which is typically the step for students who wish to earn their Airline Transport License. Once Greg earns his Airline Transport License, he will be qualified to fly passenger airplanes.

“While I’m earning my bachelor’s degree, I want to get some kind of job in commercial piloting,” he explained. “I would love to be a flight instructor or do civil air patrol.”

Eventually, Greg hopes to land a position with Envoy Air, the largest regional carrier for American Airlines. Envoy pilots have a direct path to a mainline flying career thanks to a flow-through agreement to American.

In the meantime, Greg is enjoying life as a college student. He says he has a newfound appreciation for OTC.

“I had no idea OTC was so career-oriented, so specific,” he said. “The college is great at forecasting needed jobs — like pilots — and making that happen.”