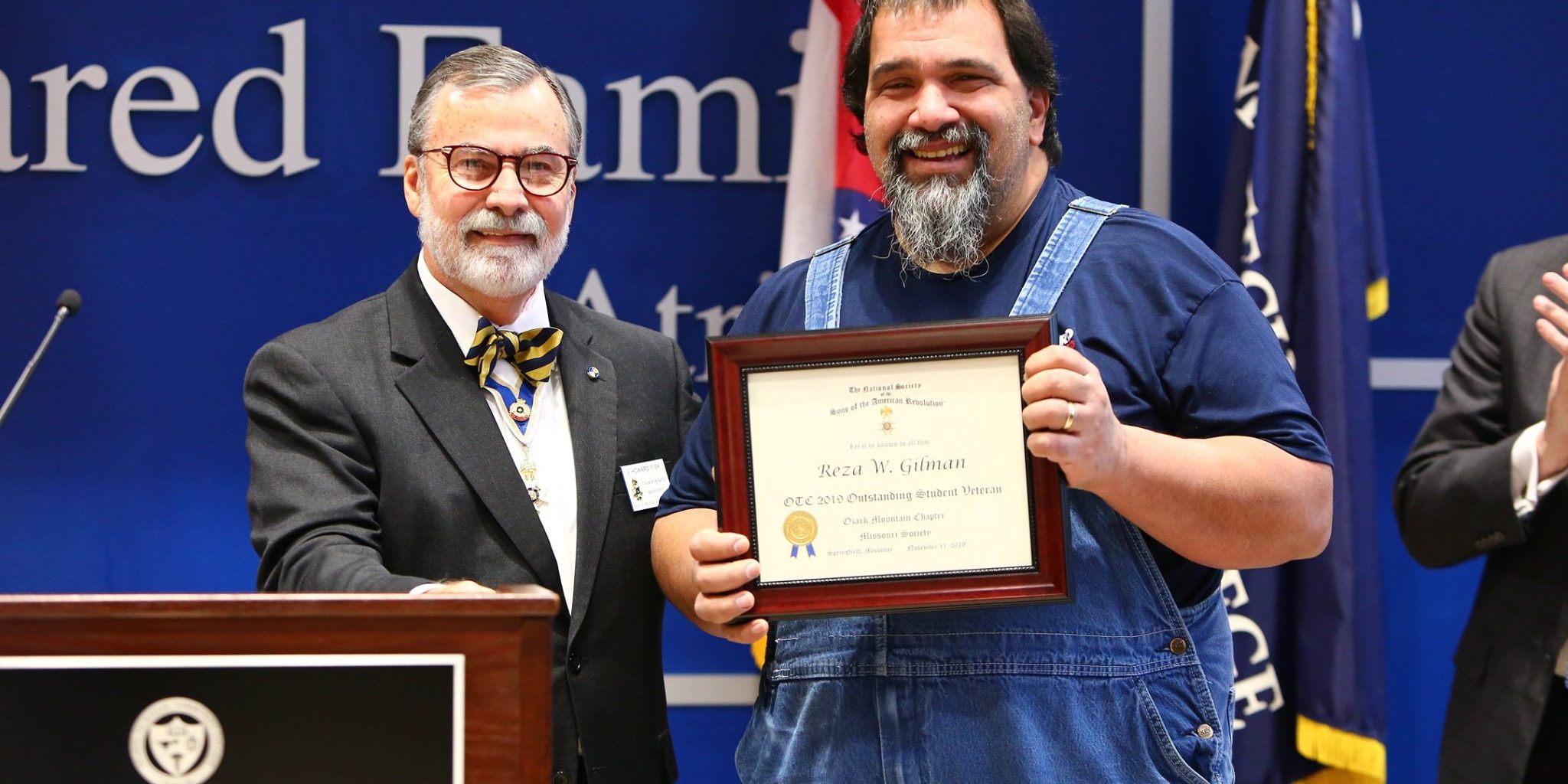 OTC’s Outstanding Student Veteran Award is presented annually to a student in good academic standing with an honorable service record. The student’s personal conduct, contributions and successes as an OTC student play a primary factor in the nomination and selection process.

Barry Armstrong, OTC’s coordinator for student development, nominated Reza for this year’s award. He said Reza was chosen due to his academic success and philanthropic efforts on campus, as well as the mentorship role he assumed with other student veterans at the college.

“Reza Gilman is the type of student who makes a real difference in any community of which he is a part. He provides a voice of reason and common sense – often when it is needed most – in our Student Veterans Center,” Barry wrote in his nomination. “He is someone who we can all be proud of in recognizing as an outstanding student veteran.”

Reza enlisted in the U.S. Army in 1995, and served as an infantryman overseas, where he earned his Army Service ribbon, Overseas Service ribbon, and Expert Marksman qualification. He was honorably discharged in 1997.

A Springfield native, Reza completed his Associate of Applied Science in Welding in May 2019. He is now continuing his education at OTC to earn a drafting and design degree as well as a degree in manufacturing. One of Reza’s most notable achievements at OTC involved his establishment of a scholarship fund to secure welding hoods for fellow students in need.

“When I first enrolled, I was waiting for the VA to set me up with a decent hood, so I purchased a cheap one, so I could get started in class,” Reza explained. “There’s a big difference in quality. Now, I have a better hood, and I want my classmates to start off with the best equipment.”

Reza said decent welding hoods cost anywhere from $200-$350. He decided to use the skills he learned in class to design and create a custom, welded-steel fire pit. He raffled off tickets for the fire pit, generating enough funds to purchase three welding hoods for his classmates.

“I’m already in the process of building another one so we can award even more welding hood scholarships,” Reza said.

When honored with the 2019 Outstanding Student Veteran Award, Reza said he struggled to find the right words that expressed how he felt.

“I’m truly honored to receive this award,” Reza said. “It’s humbling to receive this recognition out of such an accomplished group of students within the OTC community.”