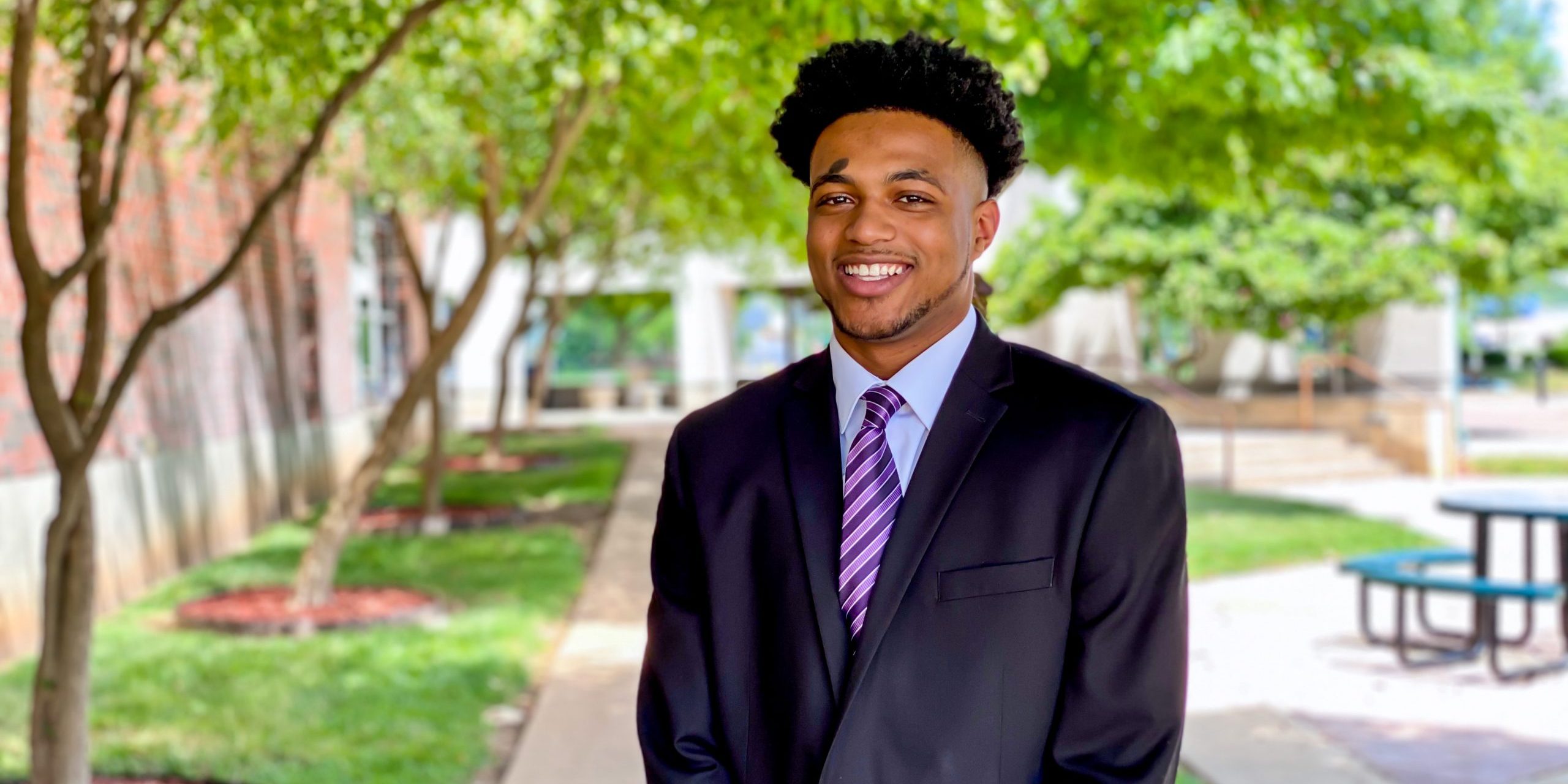 The Student African American Brotherhood (SAAB) – a national leader in helping Black and Latino young men navigate college – is moving its headquarters to Springfield, Missouri. The relocation is a point of pride for OTC student and local chapter president Javeon England, who says the change will provide local men of color with more opportunities for personal and professional growth.

“My chapter brothers and I have often discussed how Springfield is predominately white,” Javeon explained. “Getting a major organization like SAAB to come here is really big, because it’s going to open more doors for us.”

Today, SAAB’s network encompasses more than 250 chapters on middle school, high school, college and university campuses in 39 states. With its intense focus on mentoring, the organization helps minority males establish a network of support and resources as they work toward their college degrees.

Javeon has served the local chapter of SAAB, also known as Brother to Brother (B2B), in a leadership role since January of 2019. As president, Javeon helped his chapter grow its membership and expand to include new subchapters with local high schools and the Boys and Girls Club.

In a typical year, Javeon’s B2B chapter conducts monthly meetings and study sessions in addition to hosting community service events and other workshops. But Javeon’s job got a lot harder in March 2020, when the COVID-19 pandemic forced the group to pivot to virtual meetings and events.

“It is a lot different than being in-person, but we’re making it work,” Javeon said. “We’re definitely ready to get back to face-to-face conversations when it’s safe to do so.”

When reflecting on his role as president, Javeon says a major source of inspiration comes from SAAB’s founder and executive director, Dr. Tyrone Bledsoe. Javeon met Dr. Bledsoe at a Brother to Brother meeting when he was just a 15-year-old sophomore attending Parkview High School.

“After the meeting, Dr. Bledsoe pulled me aside and said, ‘I don’t know what it is about you, but I see something bright in your future, and I want to be a part of that,’” Javeon recalled. “And ever since then, he’s kept up with me – checking in or offering support or advice or encouragement when I needed it, and I am so thankful for that.”

A living testament to SAAB’s mission, Javeon credits Dr. Bledsoe for helping him develop his personal career goals. While in school at OTC, the 22-year-old business student worked full time as a personal banker for Commerce. He hopes to earn his bachelor’s degree in finance and become a financial advisor someday.

“SAAB, our local B2B chapter, and Dr. Bledsoe opened my eyes to all sorts of career possibilities,” Javeon said. “They helped me discover what I’m capable of. And now, as president, I get to pay that motivation and inspiration forward to other chapter members.”