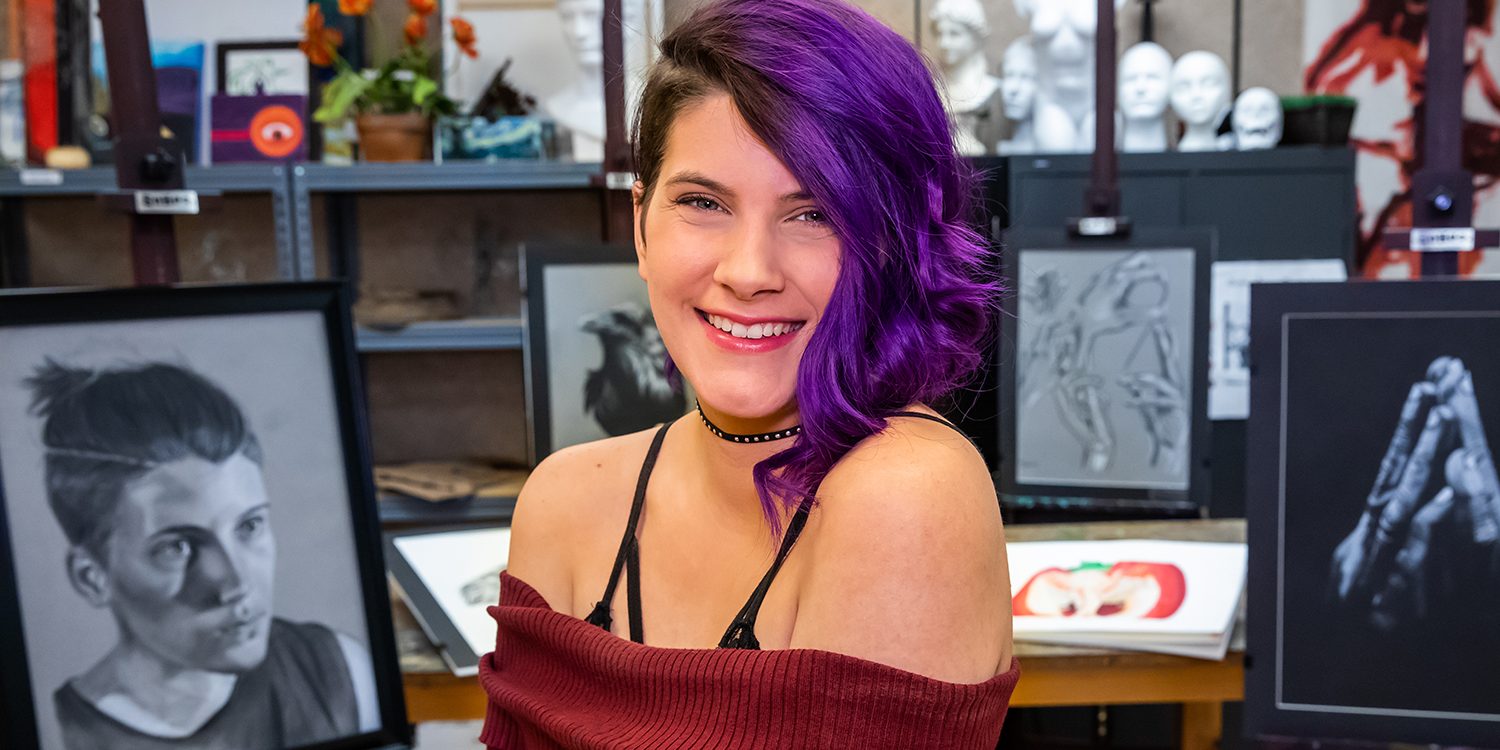 Alexis Richards’ future is like a fresh canvas, full of possibility. In May, the 20 year old will graduate from OTC and transfer to one of the oldest, most-renowned art schools in the country, the Minneapolis College of Art and Design. She recently accepted one of the most notable awards granted by the institution – a presidential scholarship in the amount of $33,000.

“When I found out I’d won the scholarship, it was like everything was coming together,” Alexis said excitedly. “I had this gut feeling that MCAD was where I belonged.”

The aspiring tattoo artist hopes to pursue either illustration or drawing and painting at the college. But Alexis is transferring to MCAD with an open mind.

“I’ve always wanted to be a tattoo artist because I’m constantly doodling on myself and other people and things like that,” she said. “But honestly, now that I’ve seen all that MCAD has to offer, I’m really excited to not know exactly what to do – I’m ready to get up there and figure it out for myself.”

Alexis’ passion for art began at an early age. She says, according to her mother, that she began creating distinguishable works of art at the age of 2. Her parents, neither of whom are artists themselves, have always supported her artistic goals.

“My parents always tell me that I can be what I want to be and do what I want to do,” she explained. “The only stipulation my mom has ever given me is that I get a degree. So now that I’m about to graduate from OTC, she’s like, ‘You got that, I’m happy. Now, let’s make the rest of your dreams come true.’”

In addition to the support she’s received from her parents, Alexis credits OTC’s Fine Arts Department for furthering her artistic talents. As a Republic High School graduate, Alexis qualified for the A+ Scholarship Program and attended OTC tuition free. She said she was impressed – and surprised – at the personalized level of instruction she received at the college.

“My experience at OTC has been so freeing because I can take whatever classes pique my creative interests,” Alexa said. “I love trying my hand at new things, so I’ve taken classes like baking in addition to my regular art courses – just to challenge myself and keep things interesting.”

Alexis’ free spirit will serve her well at MCAD. She says the college’s art labs are open 24/7, another compelling reason she chose to attend the prestigious art school.

“Other artists will understand this,” she said with a chuckle. “But when that stroke of inspiration hits at 2 a.m., instead of just lying in bed and thinking, ‘this could be glorious,’ I’ll be able to get up and act on it instead.”

Whether Alexis finds her niche as a tattoo artist or discovers a new artistic passion entirely, her future is as limitless as her creativity. 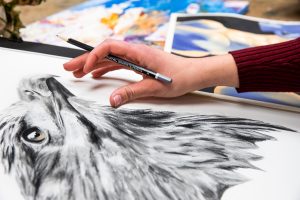 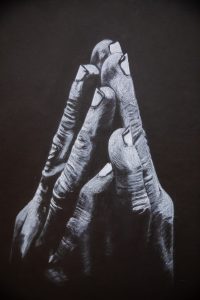 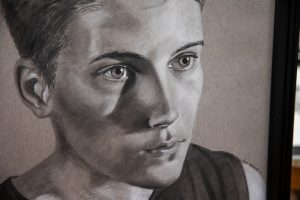 “Self Portrait” by Alexis Richards