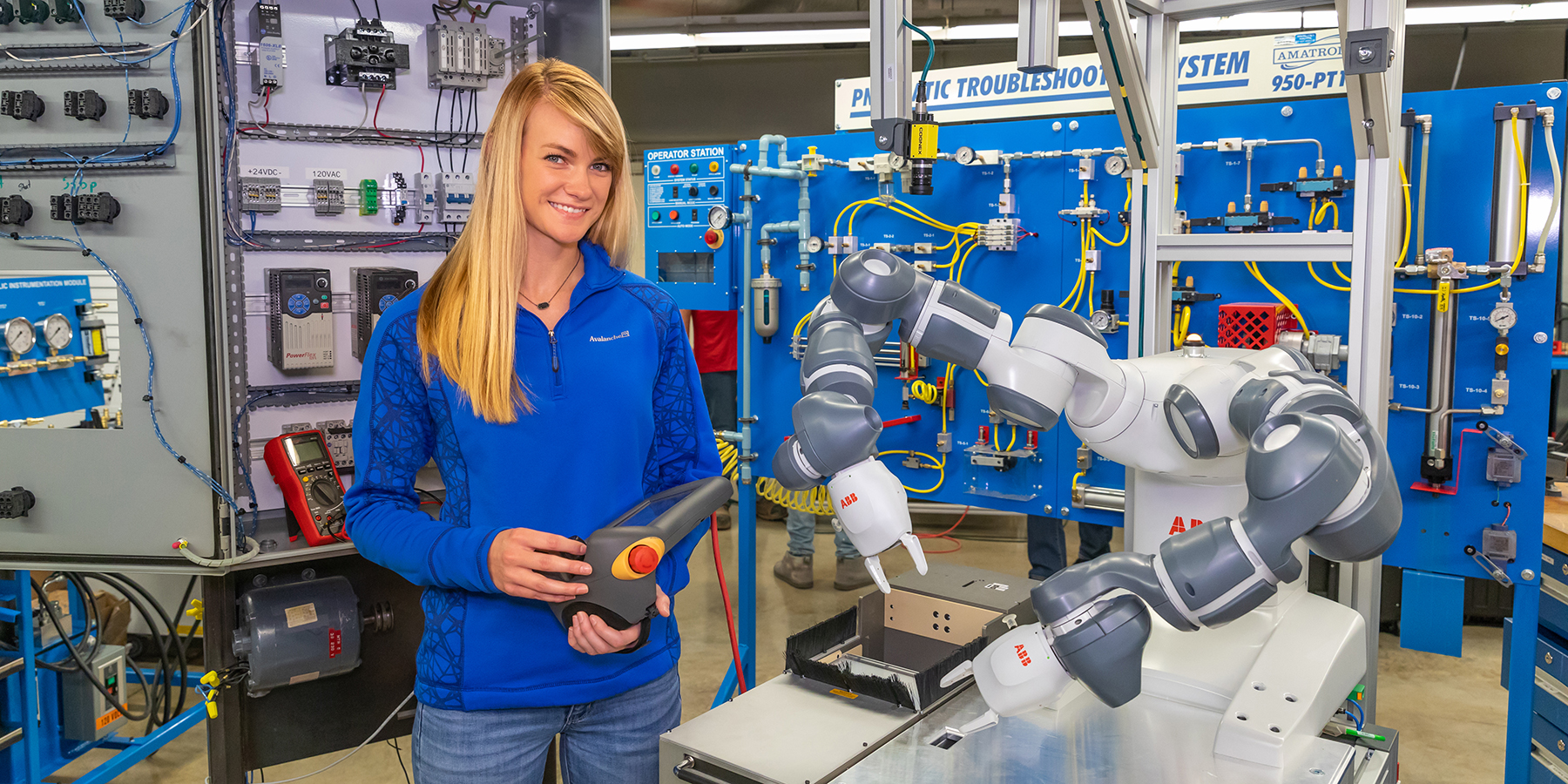 “Taking stuff apart, fixing it and putting it back together – it’s just always something that I’ve enjoyed doing,” she said.

Abbey’s interest in mechanics began at an early age when she would help her father with projects around the house.

“He’d give me little tasks, and he realized that I have a knack for what needs to be done, what tools he needed to be handed, what we were doing,” Abbey said. “So, he started teaching me more as we were going.”

One of four children, Abbey’s older sister served as the visionary for these projects, and often kept them busy with requests.

“One time, we completely re-did the shelving in the laundry room to add more organizational space,” Abbey recalled. “My dad and I spent many a cold, long night working on stuff in the garage.”

Throughout her childhood and well into adulthood, Abbey’s family encouraged her unconventional career goals – despite the gender stereotypes that exist within the industry.

After graduating from Ozark High School in 2017, Abbey enrolled in Missouri State’s mechanical engineering program. But not long after that, she decided to pursue OTC’s Industrial Systems Technology Program instead. The 22-year-old said it would be beneficial to work in the field for a while before resuming her education at Missouri State.

“My friends who already work in manufacturing say there’s a huge benefit to understanding both the operating and engineering side of things,” Abbey explained. “So, if I start on the floor now and become an engineer later, I’ll have both skill sets.”

According to the U.S. Bureau of Labor Statistics, less than 30 percent of current manufacturing jobs are held by women. But Abbey says societal norms like that won’t stand in the way of her future career.

“It can be intimidating – just because several of my classmates already have some direct experience in the industry, whereas I wasn’t really put into situations where I could learn to thread a hole or install bearings,” she said with a laugh. “But my instructors – and everyone really – they’re being so patient with me as I figure everything out. It’s been exciting.”

In late October, Abbey accepted an internship with a local engineering firm to further strengthen her skill sets and résumé. With a plan for success in motion, Abbey will bring her unique perspective to a growing industry.