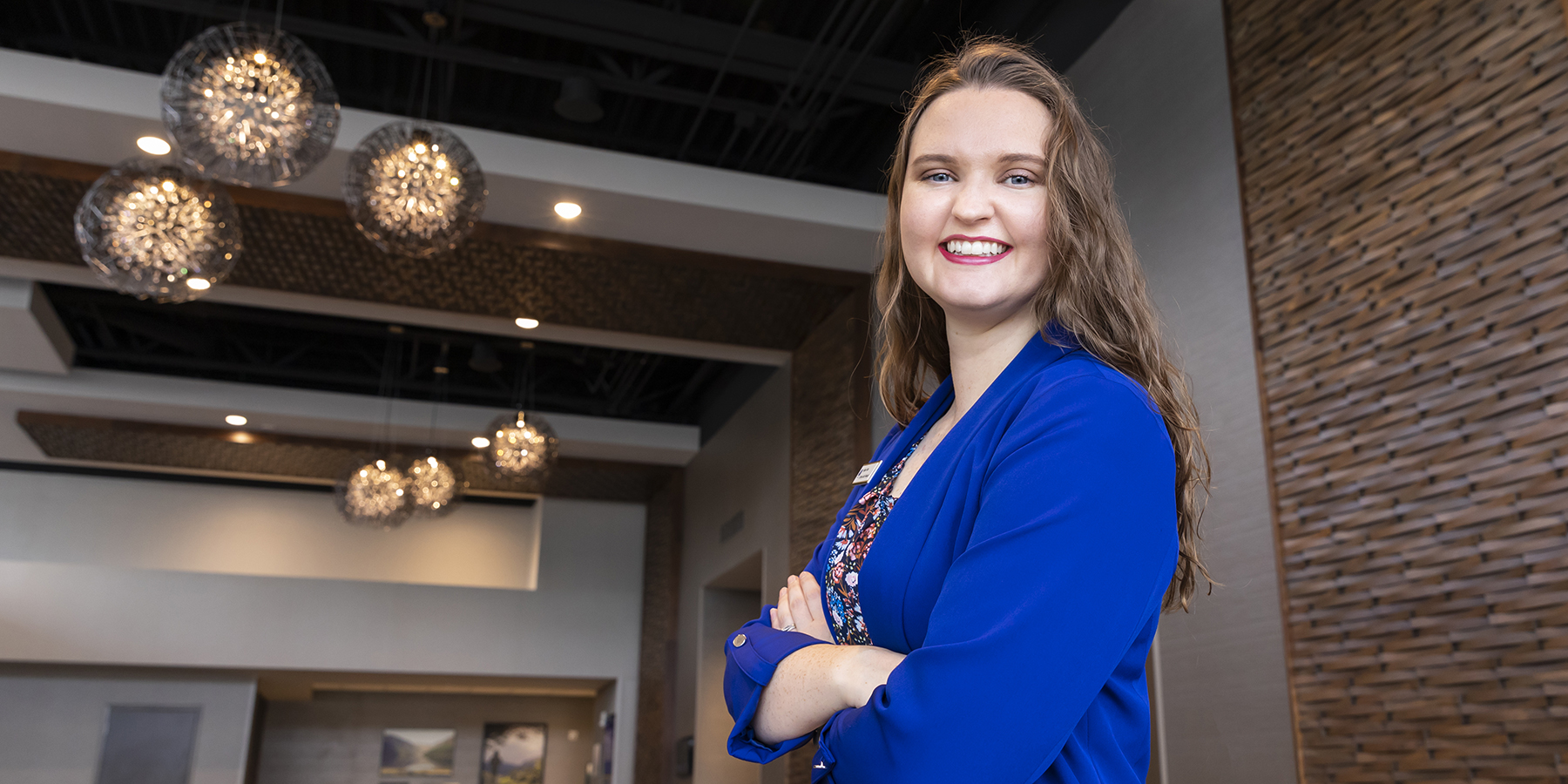 For a young person who spent their entire life in the Ozarks, the chance to leave home for college is enticing; but for many students, leaving their hometown isn’t as satisfying as they’d hoped.

When she graduated from Parkview in 2015, Megan Dean followed the siren song of bright lights and the big city to the University of Missouri–Kansas City.

“I thought I was going to be that person who was going to leave Springfield and never come back,” Megan said.

However, after an unfulfilling semester at UMKC, Megan came back to Springfield unsure of her future.

Thankfully, Megan completed the A+ state scholarship program requirements in high school, which pays tuition and fees at any community college in Missouri. The following fall, in 2016, Megan enrolled at OTC.

To help her decide on a program, Megan would look through the catalog and read course descriptions. When she came across Introduction to Hospitality, she thought that would fit her personality because, as she puts it, “I always like making other people’s day.”

Megan was right. Hospitality management fit her personality, and she quickly made it her program of study. Thanks to her instructors’ connections with employers in the community, Megan met several O’Reilly Hospitality executives who came to speak to her classes. During one of those visits, the assistant general manager from the DoubleTree gave Megan his card and told her to come by some time for an interview. On the day of her graduation in May of 2019, Megan took him up on his offer.

“The morning I graduated, I took a tour of the hotel and convention facilities at the DoubleTree,” Megan said. “After that, he told me, ‘Fill out all of your paperwork, and you’re hired.’”

Megan was excited about the opportunity because she found everyone at DoubleTree had great enthusiasm for their job, and they were super passionate. Plus, the position had room for growth, and Megan quickly moved up the ladder going from banquet server to lead banquet server and, later, overnight banquet captain. Then in February of 2020, she was named sales coordinator. A month later, the COVID-19 pandemic disrupted everyone’s business due to cancellations. Still, Megan persisted and, today, she’s one of the catering sales managers, which feeds her desire to help people.

“I book meetings, events and conferences of all sizes, and It’s my job to make sure everything is perfect,” Megan said.

Megan graduated from OTC debt-free, and she’s flourishing in her career. She has some advice for other high schoolers who think they want to get out of town or aren’t sure what they want to do.

“Go ahead and use your A+ and don’t be afraid to take a class you’re not sure of because who knows?” Megan said. “Just follow your heart and do something that makes you happy and makes you excited to go to work every day.”