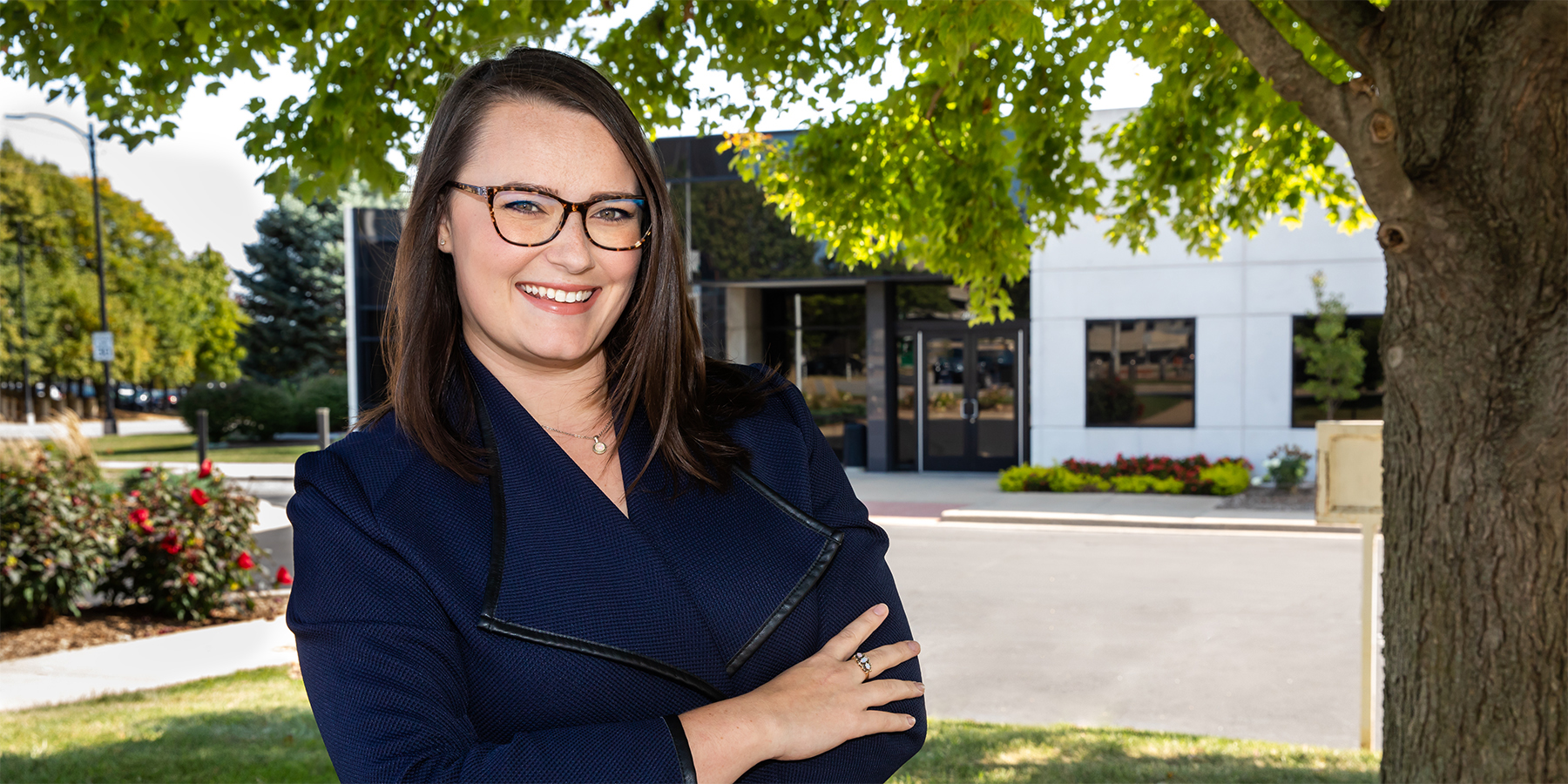 OTC serves as the economic engine of southwest Missouri, and one alumna has a promising future in the driver’s seat.

Peyton Andrews is entering her fourth year working for the Springfield Area Chamber of Commerce, where she and her team work to promote the region’s economic health, stimulate job growth, and improve the quality of life in southwest Missouri.

The Marshfield native attended OTC on the A+ scholarship and transferred to Missouri State University to earn her bachelor’s degree in political science. Peyton, who understood the importance of networking, got involved in debate and a host of other political organizations while a college student.

“In the Springfield business community, the best way to meet people is by asking,” Peyton said. “You’ve got to use your college experiences and leverage those connections – that will get you anywhere.”

While a career in politics was always the plan, Peyton credits OTC for fueling her interest in the subject. She says one instructor in particular made a lasting impression on her.

“Andrew Crocker’s teaching style was very engaging – lots of question and answer,” she explained. “And despite the strong feelings that can occur when discussing political issues, he had a way of disengaging the heat from someone’s argument and bringing it down to a conversational tone.”

In fact, Peyton’s firsthand experience at OTC helped guide her work at the chamber. In 2018, the chamber was asked to manage the citizen campaign for a tax levy campaign in support of the college. Peyton was a key part of the team focused on the effort. The ballot issues – Propositions A&B – involved the renewal of a current 5-cent property tax and the addition of a new 5-cent property tax. Both measures passed, largely due to the community’s trust in OTC and a strong campaign effort built on that trust.

“It was an incredible opportunity to experience the different elements of an issue campaign for something I care deeply about and which I know will spur the creation of quality jobs,” Peyton recalled. “I learned so much more about everything involved in an effective campaign – for example, making sure every voter got the message five different times in five different ways.”

Now in the thick of the COVID-19 pandemic, Peyton’s work at the chamber – and her partnership with OTC – is more important than ever.

“Local businesses are feeling the impact of this crisis, and we’ve worked hard to bring resources to our members,” Peyton said. “OTC’s unique ability to train people quickly and get them into the workforce is key. It’s absolutely pivotal to funnel these applicants, especially nurses, into our healthcare systems right now.”

Whether navigating a pandemic or putting items on the ballot, Peyton is on a mission to guide the region’s economy to prosperity.