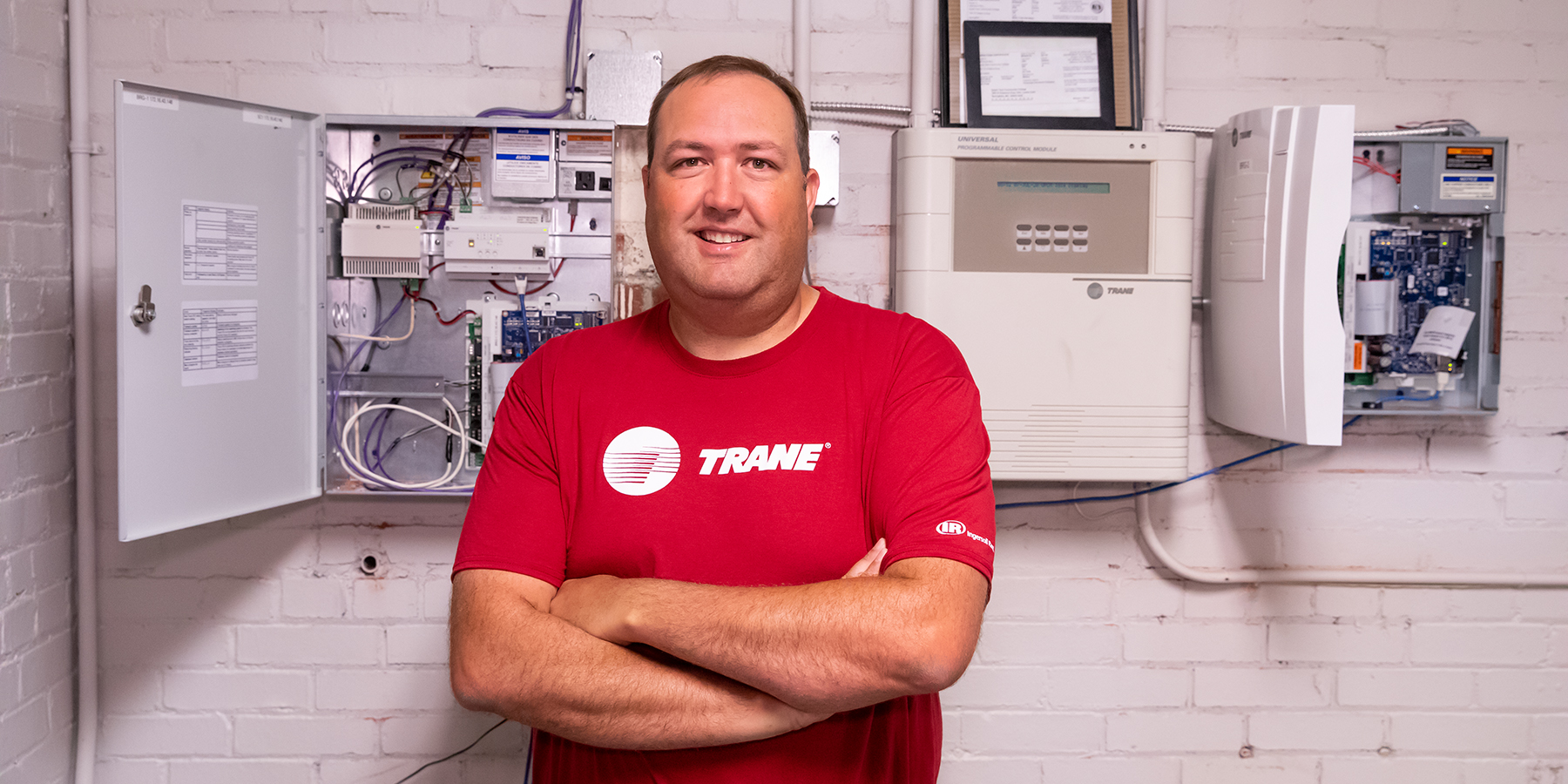 Heroes of the COVID-19 outbreak are often portrayed wielding stethoscopes and personal protective equipment. But one OTC graduate fought the virus with a hammer, tools and the latest HVAC technology instead.

As the pandemic began its spread across southwest Missouri, Chad Porter – a senior project manager at Trane Technologies – worked with 20 other contractors to build an open-ward hospital wing at Cox South Hospital in just two short weeks. The 51-bed addition sits on the fifth floor of Cox South’s west tower, ready for an influx of coronavirus patients.

“We were already working on another floor at the time, in a new inpatient tower that we built,” Chad explained. “And then COVID-19 hit, and contractors pulled everyone from their current projects to get this one done quickly.”

The new unit was built to house the most critically ill patients who need to be connected to ventilators to breathe. The open-ward-style wing allows healthcare workers to conserve personal protective equipment like masks, gowns and face shields. Chad and his team fitted the space with fans and other equipment to create a negative air pressure facility, which helps prevent airborne disease particles from escaping the room and infecting others.

While a project of this scope normally takes months to complete, Chad and the other contractors worked around the clock to meet their 2-week deadline.

“We already had a shell space there, and we worked to infill it as quickly as possible,” he said. “So all the contractors were in there working together 24/7 to get the job done.”

Chad got his start at OTC two decades ago when he enrolled in the college’s Heating Refrigeration and Air Conditioning Program on the A+ Scholarship. Right before graduation, he landed a job as OTC’s HVAC technician. He worked at the college for the next eight years – and even taught as an adjunct instructor – before accepting a position at Trane Technologies.

“We had all Trane equipment controls there at OTC, and by working on it daily, I got to know the guys at Trane,” Chad explained. “In 2008, they offered me a job as a building automation technician, and I’ve since worked my way up at Trane to become a project manager and operations manager there.”

As a first generation college student, Chad credits much of his success to the small class sizes and hands-on instruction he received at OTC.

“The instructors were really engaged,” Chad recalled. “They often took their own time between classes to help explain or troubleshoot things. Even when I was out of school and working at OTC, I knew I could call my former instructors or stop by with questions, and they would walk me through whatever issue I was experiencing on the job.”

And now, Chad is paying his own knowledge forward by supporting his community during the COVID-19 crisis.

“It was great to see area contractors come together and work around the clock to provide an area for patient care if needed during this pandemic,” he said. “I’m proud of what we were able to accomplish under such a tight deadline.”