OTC grad branded “not college material” closes in on doctorate 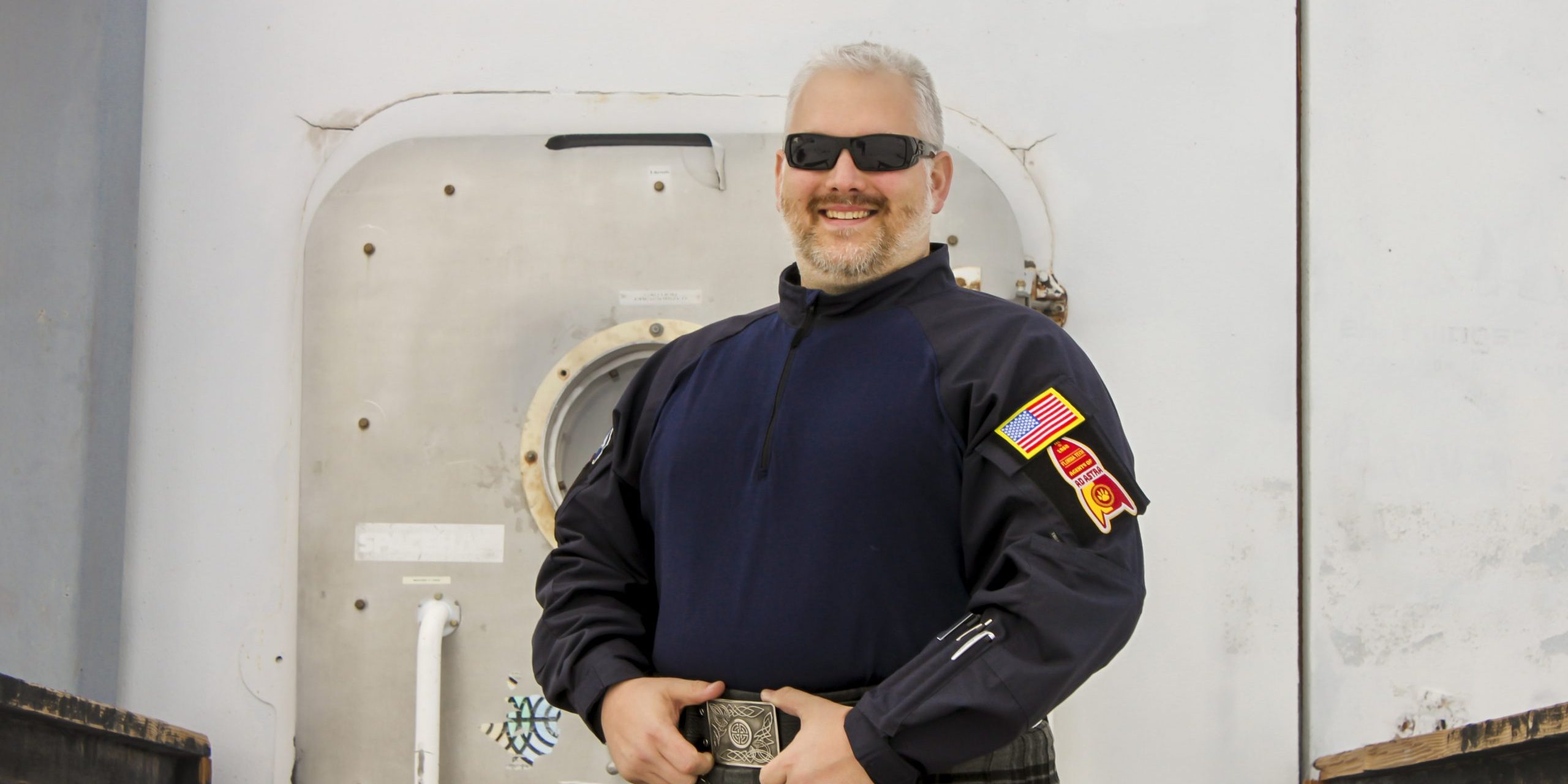 Before Keith Crisman graduated from Bowling Green (Missouri) High School in 2001, he was told that he wasn’t “college material.” Nearly 20 years later, Keith, an Ozarks Technical Community College graduate, is a candidate for a Ph.D. in Human Centered Design through the Florida Institute of Technology.

What is Human Centered Design? According to Keith, “It means designing a product with the human in mind first, rather than making changes after it is designed to fit the human.”

Keith is working on something that definitely needs to be designed with the human in mind. It’s a personal environmental containment system for use in space exploration. The system stabilizes astronauts who fall ill before transporting them back to Earth. In space, something as simple as a ruptured appendix can be lethal. If a person on the International Space Station gets sick, they can be at a hospital on Earth in a matter of hours. But, for a space station in orbit around the Moon, it can take anywhere from four days to a week to get someone to a hospital. With a goal of someday having humans visit Mars, the need for a way to stabilize a patient and ready them for long-distance transport is critical.

Keith began his journey to a doctorate when he joined the National Guard after high school. An officer asked him about his college plans. Keith said he had none. The officer told him to enroll in St. Charles Community College, where Keith discovered a love for school. But his life and his military career put his education on hold after one semester.

Following an early discharge from the National Guard due to a knee injury, Keith found himself living in the Springfield area. Following a series of short stints at a variety of jobs and a layoff, Keith enrolled at the OTC Richwood Valley Campus.

“OTC’s mantra ‘Start here, go anywhere’ has really been true for me,” Keith said. “You could tell that the instructors at OTC are genuinely interested in teaching.”

While at OTC, Keith became involved in Phi Theta Kappa (PTK) — the international honor society for community college students. He even ran for international office in PTK, and lost, but he gained a new outlook on taking chances.

Keith, who intended to pursue a bachelor’s in psychology, applied for the National Community College Aerospace Scholar Program and was accepted to spend three days at NASA’s Marshall Space Flight Center in Huntsville, Alabama. Keith and 11 other students competed against three other teams of 12 to build and test a robot rover that could navigate Mars. His team won.

Keith transferred to the University of North Dakota to pursue a bachelor’s degree in psychology, but shortly after arriving in Grand Forks he received a call from the Marshall Space Flight Center. He was surprised to learn that he landed an internship at the prestigious institution.

“It was NASA. You don’t turn down NASA,” Keith said.

After graduating with a bachelor’s in psychology from UND, Keith found himself back in the Ozarks. The birth of his daughter incentivized Keith to find an online master’s degree. By 2017, Keith was in the doctoral program at Florida Tech and by May of 2020, he’ll be able to put “Dr.” in front of his name.

This past January, Keith was in Utah with the Astrobiology Research and Education Society living on the Mars Desert Research Station. For two weeks, Keith and his fellow team members mimicked life on Mars. They ate pre-packaged food, used bathroom facilities similar to what they’d have on Mars and, anytime they went outside, the “astronauts” had to traverse through an air lock as if they were in an inhospitable atmosphere.

Keith is pursuing all of these experiences in hopes of working for NASA and, eventually, finding himself in space.

“As a kid, a lot of people want to be astronauts, and it’s always an adult who tells you to be realistic,” Keith said. “But you never really lose that dream.”

Despite what others told him about his future, Keith never gave up on that dream. Nearly two decades later, he’s proven himself to be “college material.”

“I drew the realization that life is what you do with it,” Keith said. “Take the chance because no is no, but it might be yes. That’s become my mantra: ‘Why not take that chance and apply for that program?’”