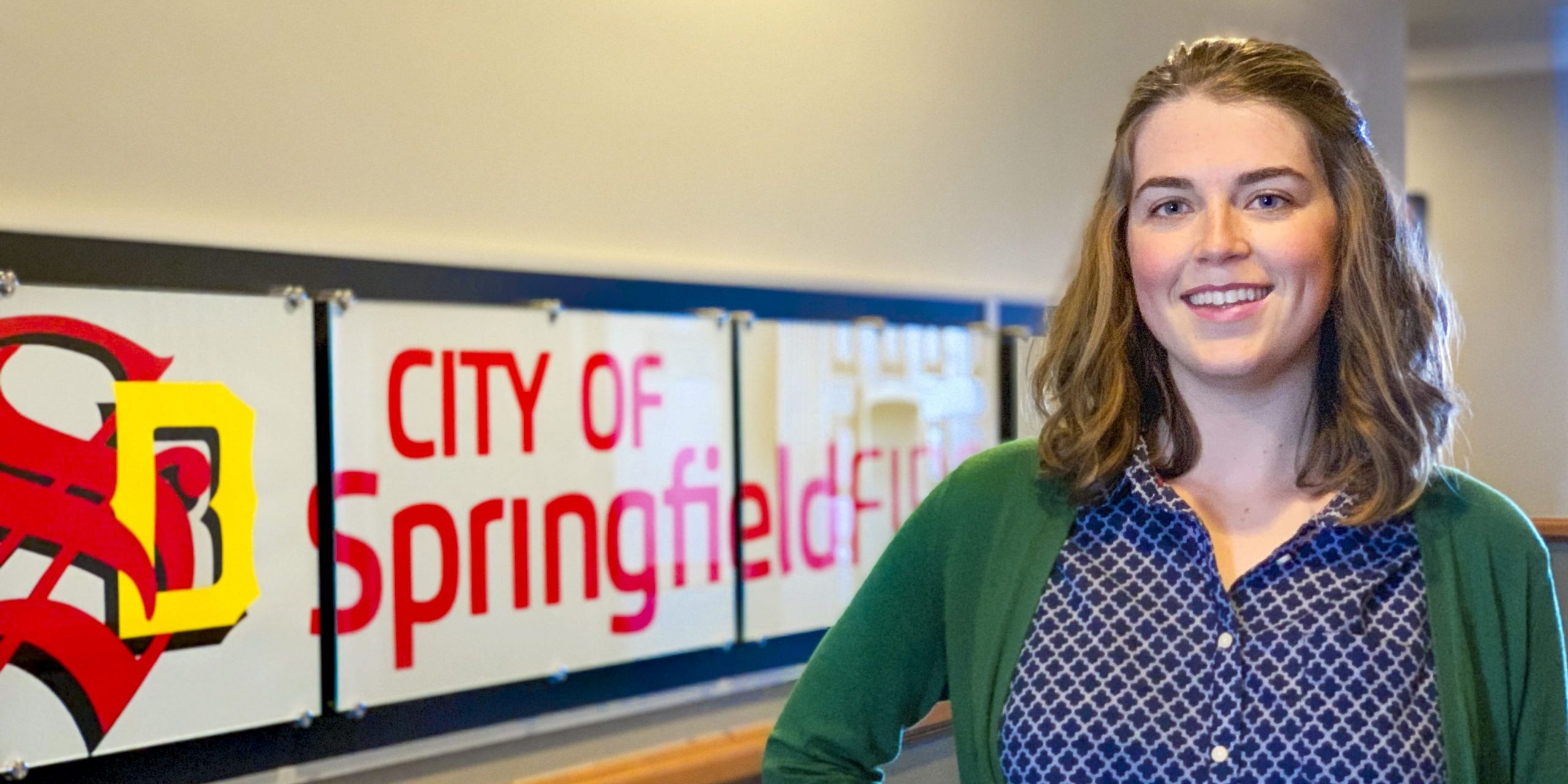 Some people are lucky enough to know at a young age who or what they want to be when they grow up. For others, that “aha” moment reveals itself in the most interesting times.  For OTC student Erin Henry, her “aha” started with an apartment fire.

Originally from Carson City, Nevada, Erin moved to Missouri to pursue an elementary education degree at Missouri State University.  She planned to become an elementary teacher. Never in her wildest dreams did she think she would change her career path.

In 2017, a fire raged through Erin’s apartment. The MSU student stood on the sidelines as a team of firefighters fought the engulfing flames. She noticed that one of the fire fighters was a woman. According to Erin, “She displayed great endurance and determination alongside her team.” That firefighter gave Erin the spark to ask herself, “Why can’t that be me?”

After some time had passed, Erin encountered another team of firefighters. They weren’t putting out a fire but educating the MSU campus about fire safety during October’s fire prevention month.

“I remember sitting there and thinking, I actually think I would really like being a firefighter.” Erin said, “I researched more about the requirements and decided that’s what I really wanted to do.”

After graduating from MSU, Erin quickly applied to become part of the Springfield Fire Department. Her application was turned down, but that only fueled Erin’s determination even more.

“I decided to make myself more marketable and enroll at OTC to get the qualifications that I needed,” she explained.

Erin found herself fascinated with her fire science courses at OTC. Along the way, she received an email about an internship opportunity with the City of Springfield.

“I was kind of nervous for it,” she shared. “Especially since I didn’t get the last job that I wanted.”

Two interviews later, Erin was awarded with the City of Springfield Diversity Internship. This is a paid internship where Erin will gain field experience and insight into her future career as a fire fighter.

Erin is currently assisting with the city’s education outreach aspect of fire science. She is visiting schools and educating students on the importance of fire safety, just like the presentation that sparked her interest to become a firefighter. Along with her internship, Erin is finishing her fire science classes at OTC, where she is encouraging students to take that leap of faith in pursuing their future careers.

She said the key to success is belief in yourself and, of course, a strong work ethic, “If you can be confident and work hard, then you have the keys to an incredible future.”