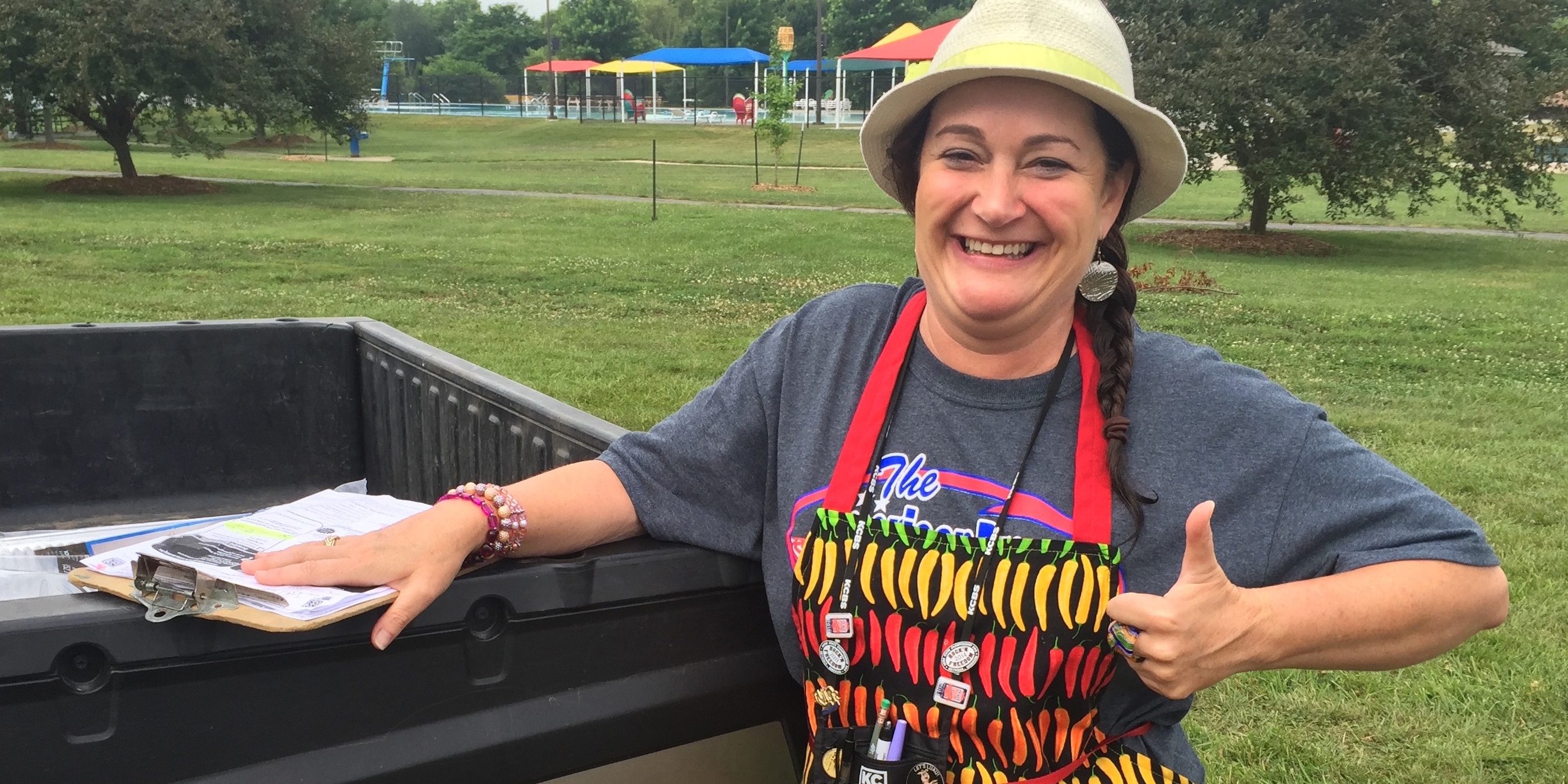 OTC culinary arts student Michelle Higgins has such a busy life that she needs two, sometimes three names, just to get through it all.

She’s known as Michelle to some, Susan to others, and she’s even used S. Michelle on occasion.

At OTC, Higgins is known as Susan, a student in the Culinary Arts and Hospitality Management program. The 44 year old is working to improve her restaurant business skills. She hopes to graduate in the fall of 2017.

When she’s not a student, she’s an accountant preparing taxes, a children’s book author, and a coordinator of major-competition barbecue contests in the region, where she’s known as Michelle.

“Working the barbecue competitions is how I decompress from everything else,” she said. “I have a reputation of if you want to have an event, call Michelle.”

“I love cooking and really love all the chefs at OTC. They have the experience in the real world. I like being in class with people my age. I was apprehensive about coming back to college but OTC and the faculty made it easy,” she said.

In 2007, Higgins got involved in a barbecue event in Golden City, Mo. In the six years she was involved in the event, it grew in size from 20 teams to almost 50. In competitive barbecue contests, teams cook four types of barbecue, many times all night, for judges to taste and rate.

The event was an opportunity for Higgins to learn the ins and outs of competition barbecue cooks and how to organize them.

“I didn’t just try to have the event. I asked a lot of questions of the teams,” she said.

In 2010, she helped with the Willard Freedom Fest barbecue competition that’s becoming one of the largest in the area. This year, with Higgins in charge, more than 50 teams competed.

“It’s tons of work to put together but I love it. Making sure the teams have electric and getting them plugged in is key,” she said. “I love to make people happy by helping put together these events.”

She’s on her third book in the “Acre the Mouse” education series. The books teach children about recycling and the beautiful things that can come from it. Higgins’ mother gave her the idea.

“In 2012, my daughters drew the illustrations to her story. I had the book printed and I gave one to my Mom. Two months later, she died,” Higgins said.

Acre is a mouse whose name stands for Awareness with Children for Recycling Education. The first book centered on gardening and the second focused on water conservation. The books can be purchased at www.friendswithacre.org.