OTC employee is a “Rio” fan of the Olympics 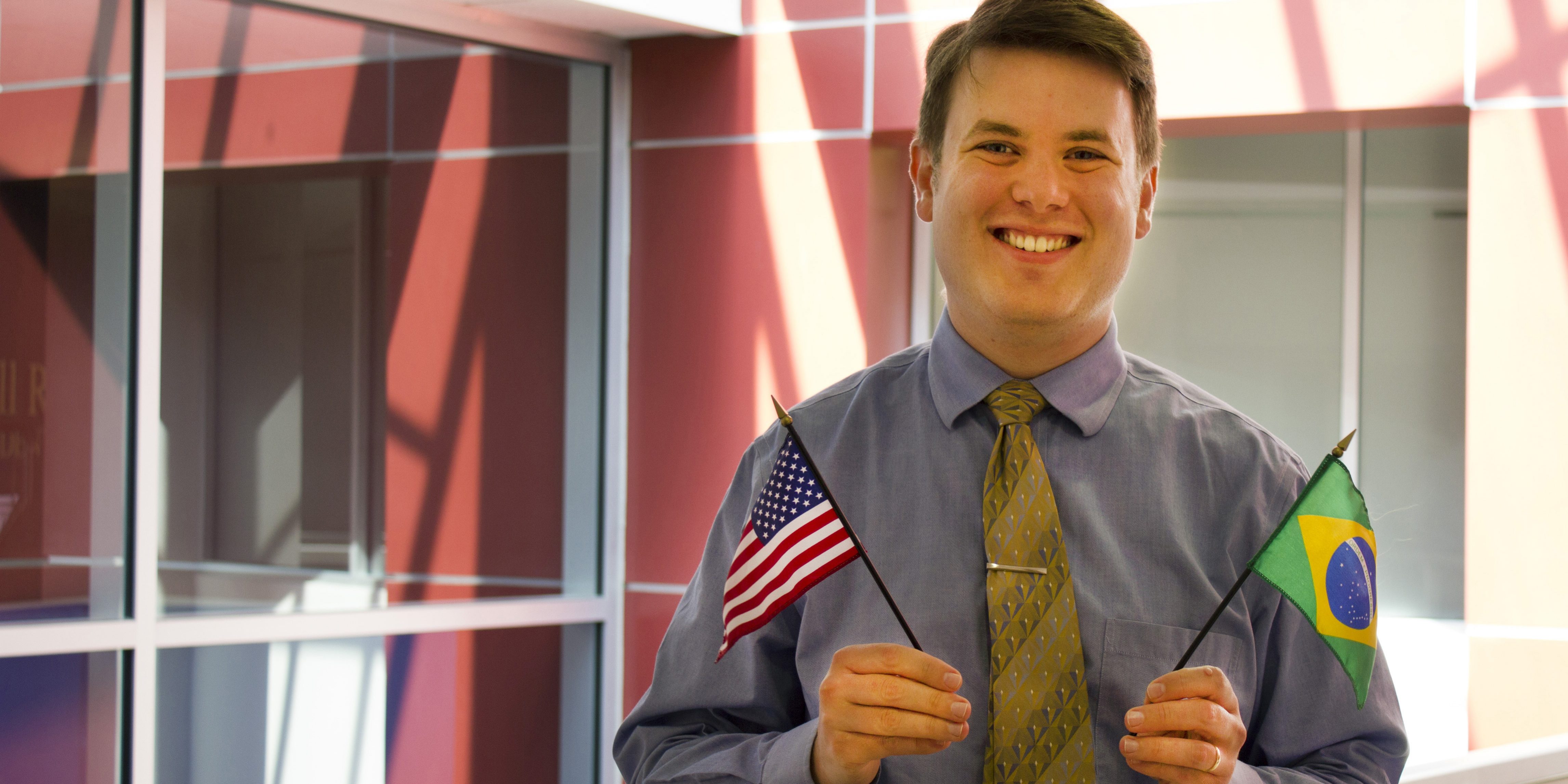 Matt Simpson is twice as interested in the upcoming 2016 Summer Olympics as most fans.

Matt, OTC’s college director of research and strategic planning, is a citizen of both the U.S. and Brazil, where the Olympics are being held starting Friday. He got his Brazilian citizenship through his mom who emigrated here from Brazil, although he was born in the U.S.

“I have been to Brazil several times. My mom is from Fortaleza, which is on the coast in the northern part of the country, but we do have family in Rio de Janeiro so I have visited there. It is a huge city, very festive, particularly for Carnival, and it also has some beautiful beaches,” Matt said.

Matt’s mom came to the U.S. from Brazil to pursue her education. She went to Wisconsin as a foreign exchange student during high school. Then, she came to Missouri for college.

Matt said he’s most excited about watching Olympic soccer and doesn’t have issues splitting his loyalties when it comes to cheering for the U.S. or Brazil.

“Usually, in soccer, Brazil is around longer for me to cheer for than the U.S. I also enjoy basketball, gymnastics and volleyball,” he said.

“I am very excited about the Olympics, despite the problems. It is a big deal and a point of pride for Brazil to be hosting. I root for both the U.S. and Brazil in international competitions, but I would go for the U.S. if they met head-to-head.”