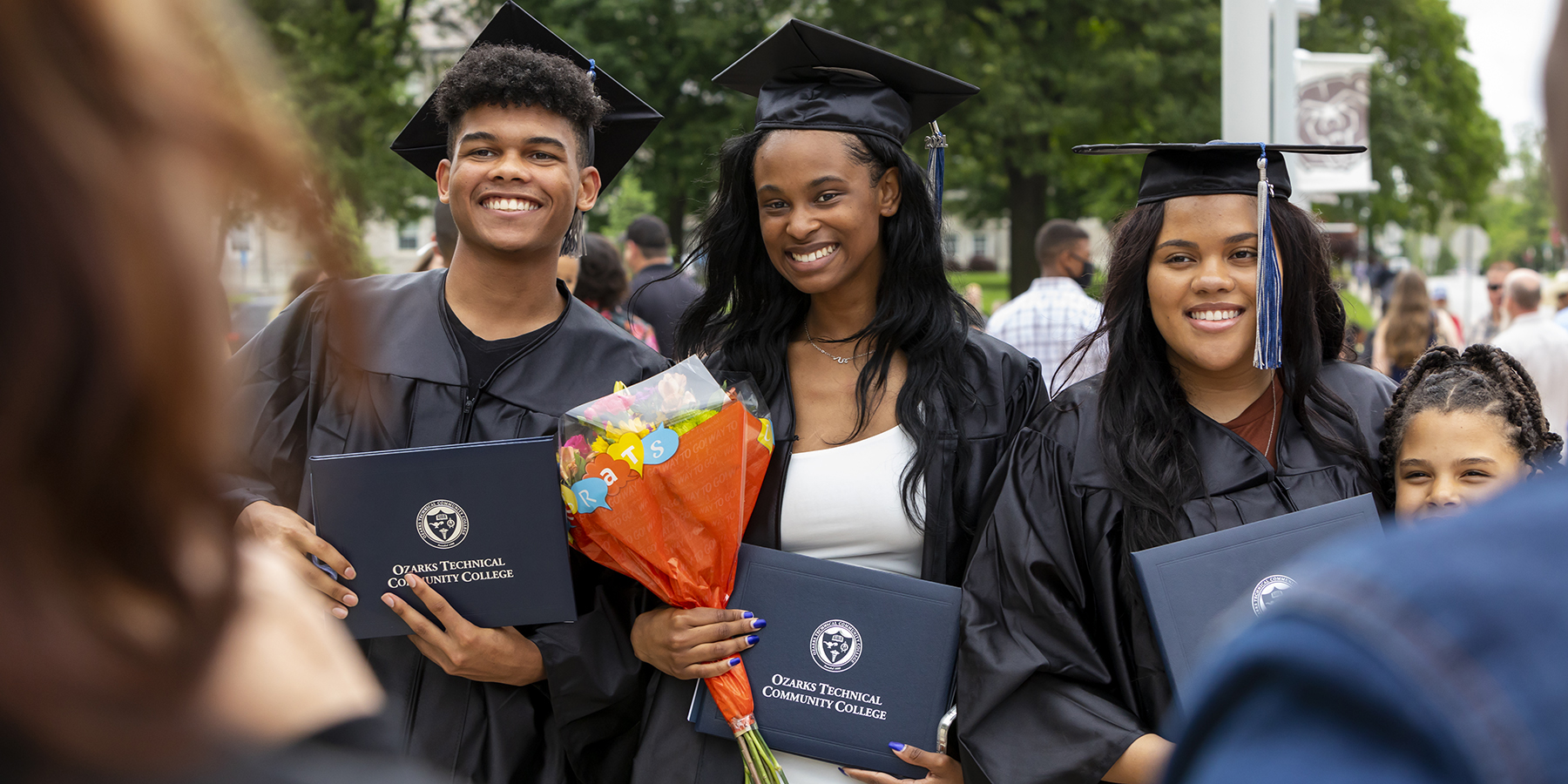 The college held two ceremonies at 3 p.m. and 6:30 p.m. to allow for social distancing. Since the 2020 ceremony was virtual due to the global pandemic, graduates from 2020 and 2021 were invited to participate.

This year, OTC conferred 2,733 degrees and certificates to graduates, which includes students who have completed, or are pending completion of, their coursework from the summer 2020 semester through the spring 2021 semester.

OTC alumnus and former Missouri Speaker of the House Elijah Haahr gave the commencement address. After earning his associate degree in 2002, Haahr went on to obtain a bachelor’s degree and eventually graduated from the University of Missouri School of Law. Haahr was first elected to the legislature in 2012. He later became the youngest Speaker in the nation and the first person from Greene County to hold that position. After leaving the legislature due to term limits, Haahr returned to Springfield where he serves as the Executive Director of the Noble Health Foundation.

“There will be little moments and big moments as you go through life,” Haahr said to the graduates. “And every time you come to one of those moments – no matter how small or how big – you don’t want to miss it. You don’t want to waste it. You need to seize it.”

Graduate Karen Sharley gave the student address. A former homeschool student, Sharley entered OTC in 2017 where she became active in the Phi Theta Kappa honor society, the OTC Honors Program and worked as a tutor in the writing center. She plans to transfer to Missouri State where she will pursue a double major in English and chemistry.

“When you graduate from OTC you don’t just leave with a degree or a certification. You leave with a mentor, a best friend, a partner, a sense of pride that you never allowed yourself to have before, and your passion,” Sharley said.

Also during the event, Matthew Thomas was named the 2021 Distinguished Alumnus. Thomas attended the OTC Career Center as a high school student in the electronics program. He later transferred to Missouri State, where he studied electronics technology and industrial management. Now, Thomas is the co-founder and owner of WON Communications, LLC, which provides business and residential internet and phone service.

Once the degrees and certificates were conferred, OTC Chancellor Hal Higdon concluded the ceremony by congratulating the graduates and welcoming them into the OTC Alumni Association.