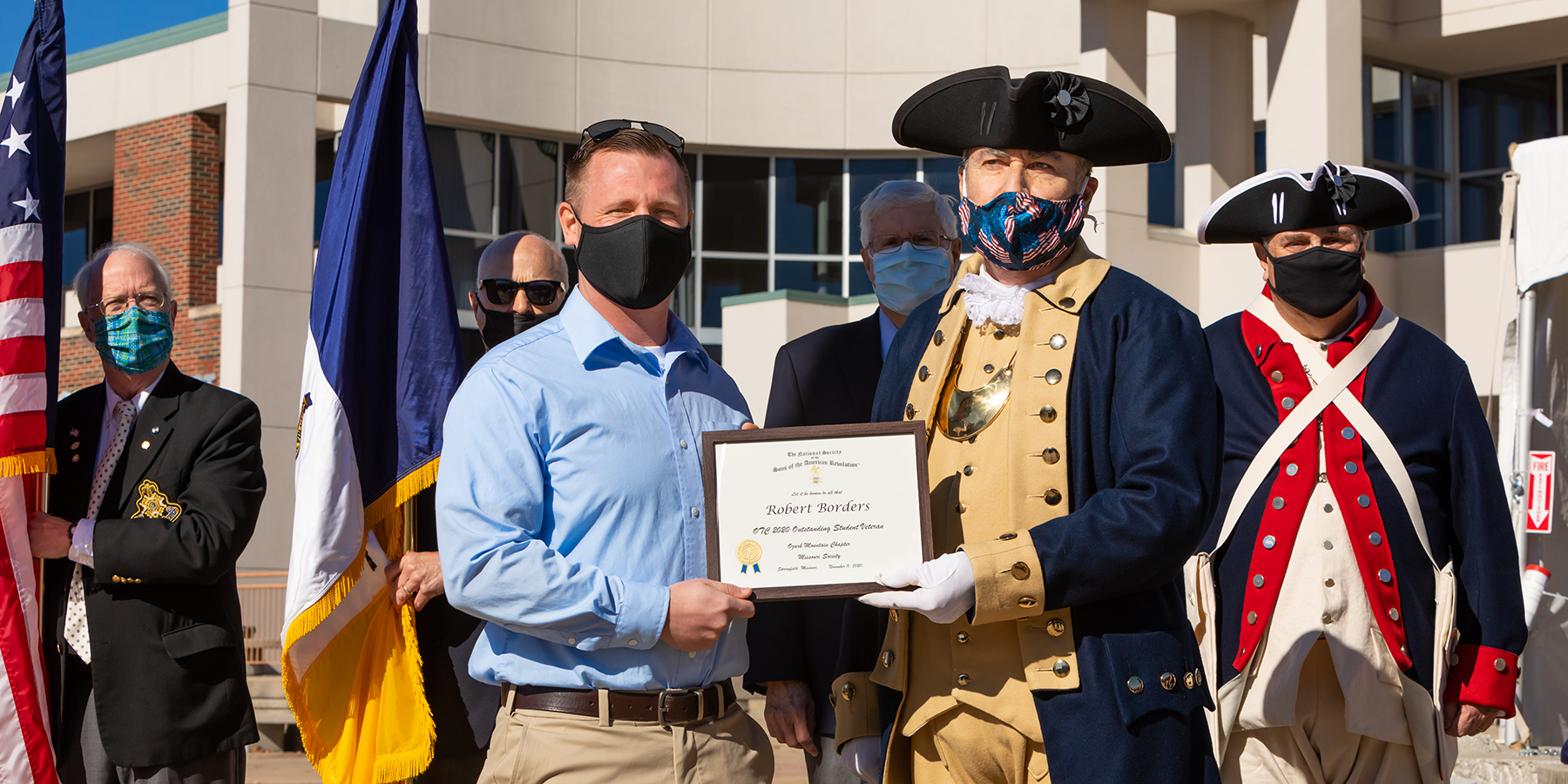 OTC’s Outstanding Student Veteran Award is presented annually to a student in good academic standing with an honorable service record. The student’s personal conduct, contributions and successes as an OTC student play a primary factor in the nomination and selection process.

The college’s Veteran and Military Services Office nominated Robert for this year’s award. Dr. Loren Lundstrom, dean of student development, said Robert was chosen due to his academic success as well as the mentorship role he assumed with other students at the college.

“Robert is a fantastic student, veteran and friend,” said Dr. Lundstrom. “He is an advocate for his fellow veterans and for any OTC student in need, and is most deserving of recognition for his service to these communities, after his service to our nation.”

Now a student at OTC, Robert serves as a work study student for Veteran Services and plans to become an occupational therapy assistant upon graduation. A key member of Veteran Services, Robert and his team serve more than 700 student veterans and their family members during the academic year.

When honored with the 2020 Outstanding Student Veteran Award, Robert thanked his coworkers and classmates for their support.

“I’m truly honored to receive this award,” he said. “I’d like to thank my family, friends and the OTC community for supporting me as I work toward my degree.”