Mother/daughter duo answer the call in the fire service industry 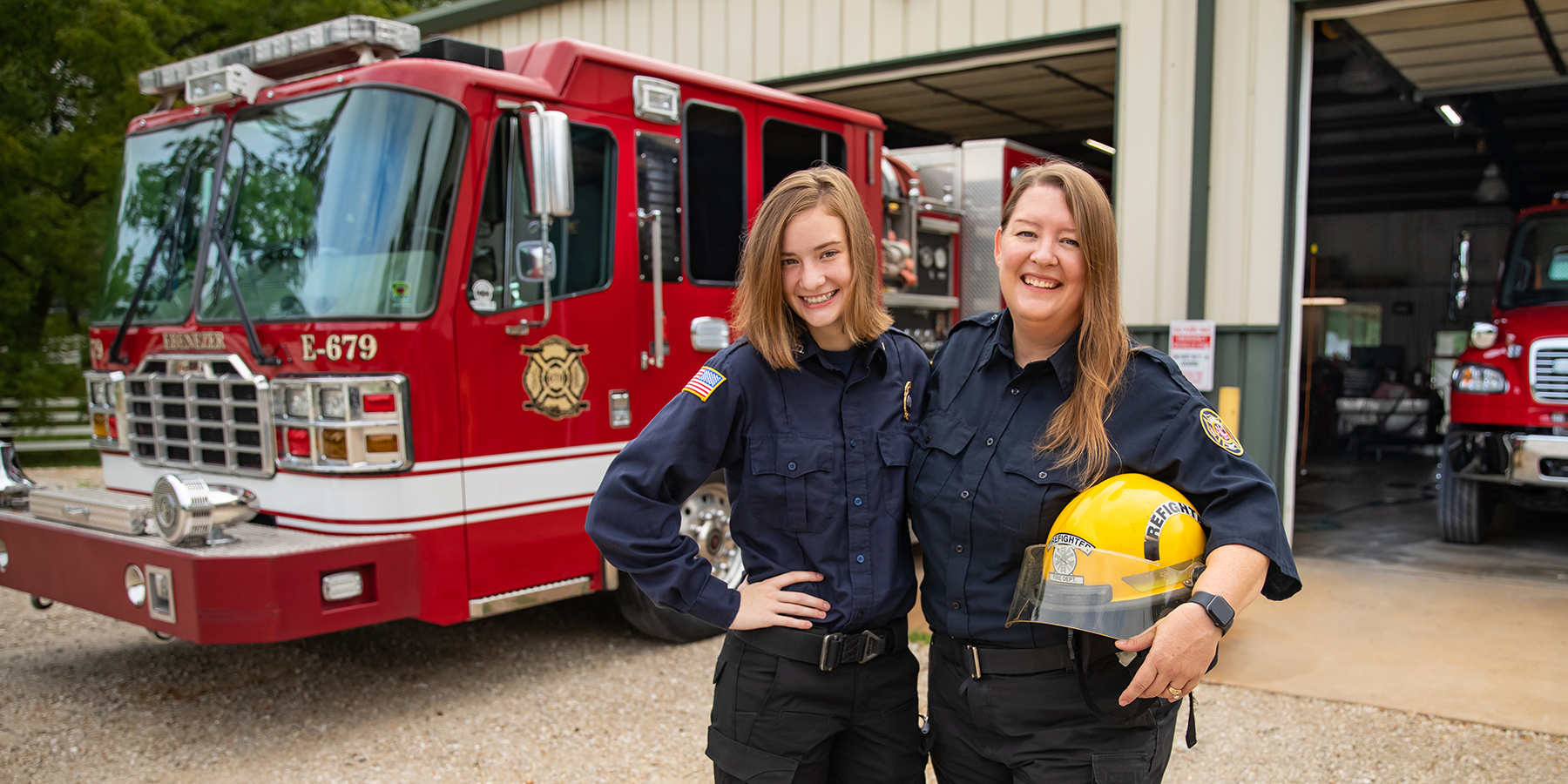 It’s no surprise that men dominate the fire service industry, with the National Fire Protection Association reporting more than 90 percent of firefighters as male. However, a mother/daughter duo from Pleasant Hope, Missouri is working against that trend.

Andrea and Karleigh Lane recently completed their certification at OTC. The pair, who both work for the Ebenezer Fire Protection District in multiple roles, can now add “firefighter” to their list of duties.

Never dreaming she or her daughter would pursue firefighting careers, Andrea accepted a position as the office manager for the district in 2016. And while her desk duties include payroll and human resources, the small, family-oriented environment at the fire station inspired her to do more.

“Being a smaller department, there are often times when we are short-staffed, so I became EMT certified to help take medical calls,” Andrea explained. “After that, I thought I would be more helpful if I was fire certified, too.”

At the time, Andrea’s teenage daughter, Karleigh, was spending a lot of time at the Ebenezer Fire Protection District, too. Initially, the Pleasant Hope High School student thought some volunteer work with the department would be a good way to spend her summer break. But Karleigh quickly discovered her passion for fire science and decided to pursue a career instead.

“I became EMR certified right away, and then, soon after that, I decided I wanted to become fire science certified, too,” Karleigh explained. “So my mom and I enrolled in OTC’s program together.”

OTC offers a 38-credit-hour fundamental firefighting certificate program that trains students to rescue and treat the injured, write reports, conduct drills and maintain fire equipment, among other essential tasks. Andrea and Karleigh completed the program over the course of a year. The two will take their Missouri Firefighter 1 & 2 certification exam on August 13.

Both Andrea and Karleigh love the fast-paced environment of the firefighting field, often switching between administrative, medical and fire service roles on any given day. And while the work can be physically demanding at times, the two say there are more ways than one to get the job done.

“There are ways to tweak the process — the technique — and get the same result,” Andrea said.

Karleigh remains unfazed by the male-centric nature of her chosen profession. After all, she’s watched women within the Ebenezer Fire Protection District climb the ladder to success. Her mentor, Ashlee Parker, worked her way up from volunteer to assistant chief within the department.

“Chief Parker definitely inspired me to pursue a career in fire service,” Karleigh said emphatically. “She’s so good at what she does, and working with her has been a great learning experience. There are many within the department who have spent time patiently training me.”

Now well-equipped to overcome any obstacles in their path, this mother and daughter team is proud to serve the district wherever they are needed most.