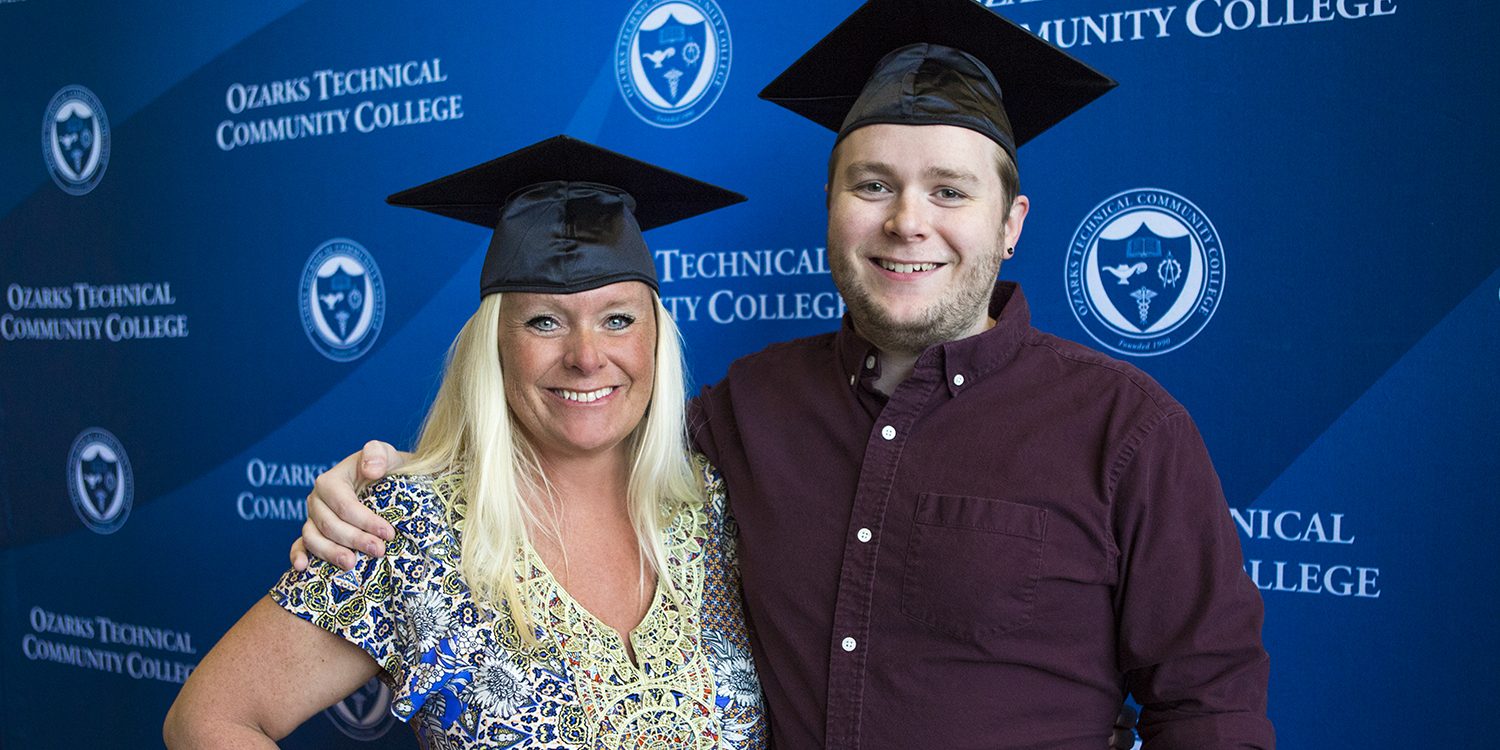 Hundreds of OTC graduates will march into JQH Arena this week to the cheers and best wishes of family and friends. Among those receiving degrees will be Angela Ellis and Sean Maenner. But they won’t have to listen too intently to hear well wishes from a family member or to find a nearby relative.

This mother and son duo will be marching side-by-side as they are graduating together. If you see the words “Mom” and “Son” on a couple of mortarboards, it’s likely to be Angela and Sean.

Angela is graduating with a degree in Interdepartmental Studies and Sean is receiving his Associate of Arts. It’s a thrilling moment for Angela who took extra classes in order to graduate with Sean.

“We enrolled at OTC together and I took 18 credit hours this semester just so I could graduate with him. To graduate alongside my son made the workload worth it,” she said.

Sean said he and his mother pushed each other during their college careers.

Angela is a first-generation college student and a member of Phi Theta Kappa. She works for Mercy Hospital as a credential analyst who certifies the credentials of medical specialists who apply for work at the hospital.

“I’m the first person to deal with physicians coming to Mercy,” she said.

Angela used to work in a medical lab at the hospital but the position was restructured and she found it wasn’t the job she wanted. So, she decided to attend OTC and obtain the credentials that would help her progress at Mercy.

“I really had nowhere to grow in the old job. Now, with my degree, I have a new position with the potential to advance, thanks to OTC,” she said.

Sean works as a counselor at Arc of the Ozarks, and he plans to continue his education to become a Licensed Professional Counselor.

Sean is an advocate of OTC and the cost-savings it offers students.

“I think any high school student who does not consider going to OTC is not fiscally responsible,” he said. “I liked every teacher here. It was a great atmosphere.”

Ozarks Technical Community College’s graduation ceremony will be Thursday, May 18 at 6 p.m. Actress, producer and writer Dana Powell will give the commencement address. In addition to all graduates and their families, the public is invited to attend.