Fourth generation dairy farmer gets his start at OTC 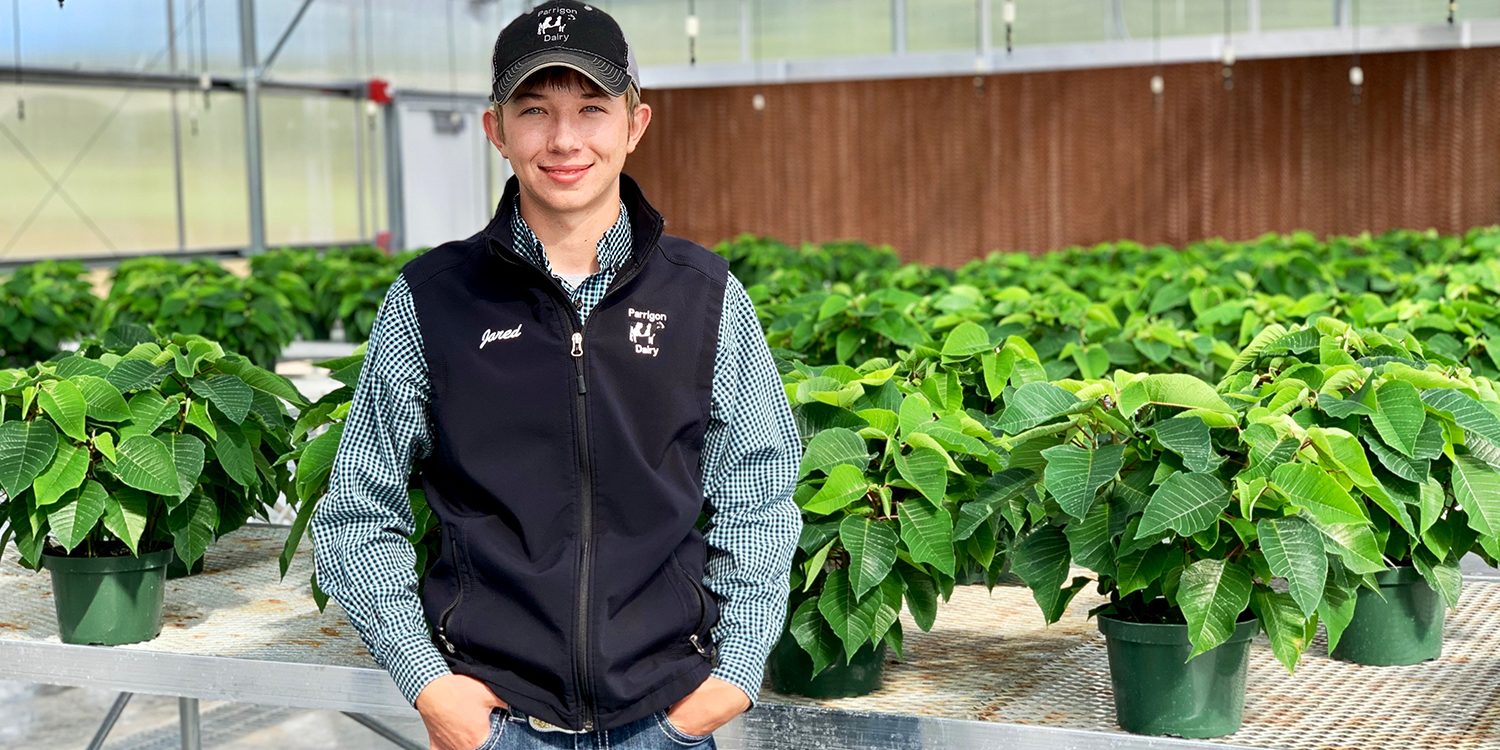 Jared Parrigon has big plans for his family’s business. Like his father, grandfather and great-grandfather before him, the 18-year-old will someday inherit and lead Parrigon Dairy, a small dairy farm in Stotts City, Missouri. Jared got his start on the family farm bottle feeding calves when he was just 8 years old. His responsibilities have grown since then, and so have his business plans.

“We have 130 milking cows and roughly 300+ acres where we graze and harvest our own crops,” Jared explained. “We also raise all of our corn silage and the fescue hay we use to feed the cows.”

Jared is a first-year student in OTC’s Agriculture Program. He enrolled after graduating from high school, hoping to give Parrigon Dairy a leg up in an increasingly competitive business climate.

“The dairy industry is hurting right now – small farms are going out of business nationwide,” Jared explained. “After graduation, I’m going to partner up with my dad to double our livestock numbers and figure out what crops are best to plant for the farm.”

A Sarcoxie High School graduate, Jared was an active member of his school’s Future Farmers of America chapter. In April, he won first place statewide for his Dairy Production Supervised Agriculture Experience. As part of the competition, Jared was judged for his work in milking his 18 dairy cows, bottle feeding calves, and preparing a formulated feed to increase milk production. He will represent the state of Missouri as a finalist at the 92nd National FFA Convention, held Oct. 30 through Nov. 2 in Indianapolis, Indiana.

“I look forward to representing my family, my school and the state at the convention later this month,” Jared said. “I love that my work provides for others – and I’m fortunate to enjoy what I do for a living,”

Now in his first semester at OTC, Jared gets to train in the college’s new Agriculture Center. Situated on 84 sprawling acres at the OTC Richwood Valley Campus, the 11,250 square-foot-facility features a classroom, greenhouse, soils and animal science lab and small engine lab. Jared said the new center played a major role in his decision to attend OTC.

“The labs and small class sizes have been great,” he explained. “I’m looking forward to taking animal science and forage production classes later on. I’ll be able to apply what I learn to Parrigon Dairy, so we can get the best nutritional and economical value out of our crops and our livestock.”

For decades, family farms have experienced increased competition from larger, corporate entities. But this fourth-generation dairy farmer is determined to keep Parrigon Dairy churning with the latest knowledge from OTC’s Agriculture Program.