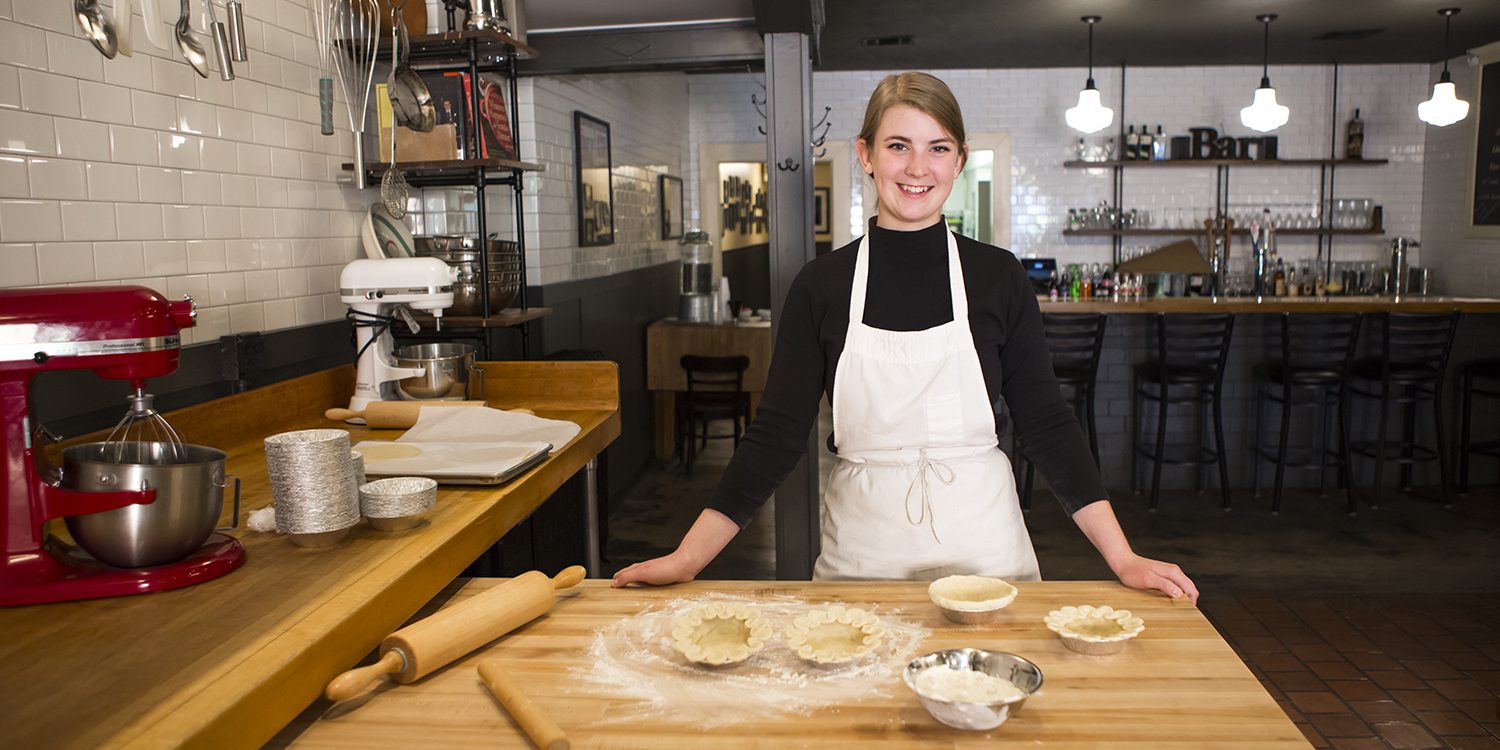 At just 16 years old, the Springfield native got her start in the culinary business as a baker’s assistant at Tea Bar & Bites. Today, the 23-year-old is head chef and owner of Prairie Pie, a pie company that specializes in different varieties of gourmet sweet pies. Her made-from-scratch creations are available for purchase at several local restaurants and markets.

Eleanor grew up baking cakes and cookies in her grandmother’s kitchen. But she says her affinity for pastries began as a culinary student at OTC.

“At that point, I was very much self-taught,” Eleanor explained. “My culinary instructors helped introduce me to the world of classical pastries. They also taught me how to work in an industrial kitchen environment as a member of team.”

Eleanor says she’s the type of person who prefers to be on the job rather than in a classroom – but she still appreciated her time at OTC due to the technical, hands-on nature of her culinary classes.

“I loved the wide-range of students I got to interact with on a daily basis,” she said. “I also enjoyed the real-world experience my culinary instructors brought to the table.”

After her time at OTC, Eleanor followed a close friend out to New York City to look for a job in the Big Apple.

“I promised myself I’d take a break from baking and get a different kind of job while I was in NYC, but I ended up at a pie bakery – I just couldn’t help myself,” Eleanor added with a laugh.

While in New York, Eleanor often dreamed about returning home to set up her own pie business. She said the name — Prairie Pie — came to her fairly easily.

“My mom read all the ‘Little House on the Prairie’ books to me when I was little,” Eleanor explained. “And when you’re in a huge city like NYC, the Midwest seems so rustic by comparison.”

When Eleanor arrived back in Springfield in November of 2016, she was ready to make Prairie Pie a reality. After securing her business license, she set up shop in Ott’s Pasta — a small takeout and catering company located in her childhood neighborhood, Rountree. It wasn’t long before Eleanor secured enough wholesale clients to outgrow that space, so she moved into Vito’s Kitchen, a unique restaurant that offers cooking classes, chef dinners, pop-up events and catering, in the spring of 2017.

“Thanks to my connections growing up in the Rountree area, I was able to secure clients fairly quickly,” she explained. “I feel really lucky that I have this community that is so welcoming to new businesses and willing to give me a shot, even though I’m just starting out.”

Eleanor says 2018 is going to be a big year — she’s planning to expand her offerings to include frozen pie crusts and savory pies. She’s also looking forward to ramping up her sweet pie menu.

“Going in, you know that running your own business is going to be hard, but you don’t understand the level of hard until you’re in it,” she explained. “There are lots of 24 hour days and not a lot of sleep – but the pride and satisfaction I feel at the end of the day makes it all worth it.” 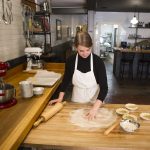 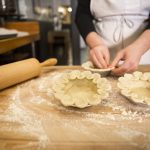 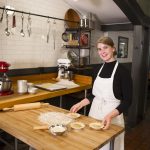