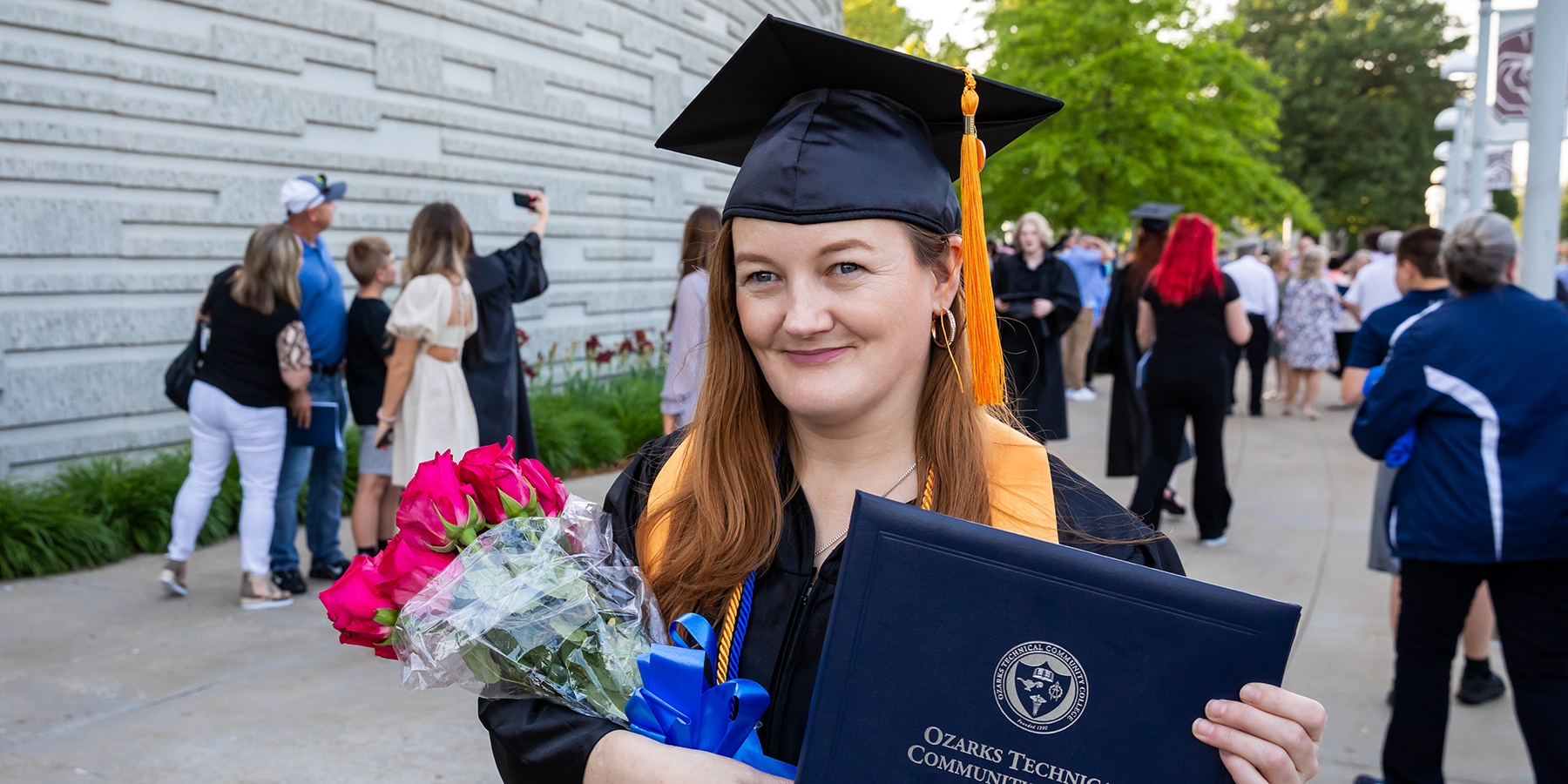 Denise Shirley had an upper-middle-class life, but a teen pregnancy sent her down a path of poverty, substance abuse and homelessness. Now she's in long-term recovery and poised to graduate from OTC with a Behavioral Health Support Degree in August. Denise hopes to help others overcome their substance use disorders.

It may be easy for someone who has never suffered from addiction to ask, “Why would anyone start doing drugs? Just don’t start, and you’ll never get addicted.”

As soon-to-be OTC graduate Denise Shirley can tell you, addiction isn’t about that first time but how each decision leads to another unfortunate decision. Denise’s substance use disorder began more than two decades ago. Now, she’s five years clean and poised to start a career helping people like herself.

Denise’s childhood is not what you would expect for someone who was a 20-year addict. Denise enjoyed an upper-middle-class lifestyle. Denise’s step-dad worked at Proctor and Gamble, and her mom worked at IBM.

“I even had my own horse,” Denise said.

However, at age 18, Denise became pregnant in high school, and her parents kicked her out of the house to live with the baby’s father and her new mother-in-law. While living in public housing after her second child’s birth, Denise’s substance use struggle began.

“I kind of liked the Percoset I was given after my second child was born,” Denise said. “It was pretty easy to get Vicodin or Percoset.”

The apartment her family was living in eventually stopped accepting low-income housing tenants, and Denise’s family moved to be near her mother-in-law, who had relocated to Richmond, Ky.

“We were in a condominium, and our next-door neighbor was making crack cocaine,” Denise said. “I learned to cook crack.”

At this point, Denise had four children. Her mother and stepfather asked if they could take Denise’s kids while she got herself straightened out. Her parents kept the children. In the following years, Denise went through more relocations, addiction, children (she had eight in all), homelessness, and she learned to be a meth cook.

“People will let you stay with them if you can make meth,” Denise said.

Finally, in 2017, while living in Springfield, Denise was arrested and sentenced to five years of supervised probation. She went to her appointments and did everything the courts asked of her, but she continually tested positive for drugs. At her next court date, Denise recalls the judge saying, “You’ve gone to all of your appointments, and you’re not being disobedient, but you have a drug problem.”

“I thought to myself, ‘Do you think?’” Denise said.

While it was her third stint in a drug rehabilitation center, Denise was ready for a change.

“Before I got caught, I was thinking that I was sick and tired of drugs controlling my life,” she said. “I got tired of planning my day on whether or not I had drugs.”

While in the rehab facility, her case manager asked her if she’d be interested in education. Denise, who had received her high school equivalency diploma years earlier, started attending OTC in the fall of 2019. Initially, she studied computer information systems but found her calling in behavioral health support.

“Denise had been out of school for some time, and when she came to OTC, she needed to brush up on some skills and orient herself to the college environment,” said Amy Shelley, Behavioral Health Support program director. “She took advantage of the college’s resources, and I’ve seen her skills and confidence grow during her time at OTC.”

This summer, she’s interning with Preferred Family Health. The same facility Denise walked into on that March day back in 2017. Soon, she will graduate and become a case manager, working with people struggling with addiction or mental health. Given her background, Denise will never wonder how someone can fall into addiction — she knows.

“Anyone with personal knowledge of a struggle can look at a problem differently,” Shelley said. “As a client begins recovery, Denise will be able to anticipate future challenges and chart the most successful path forward because she’s been through it herself.”