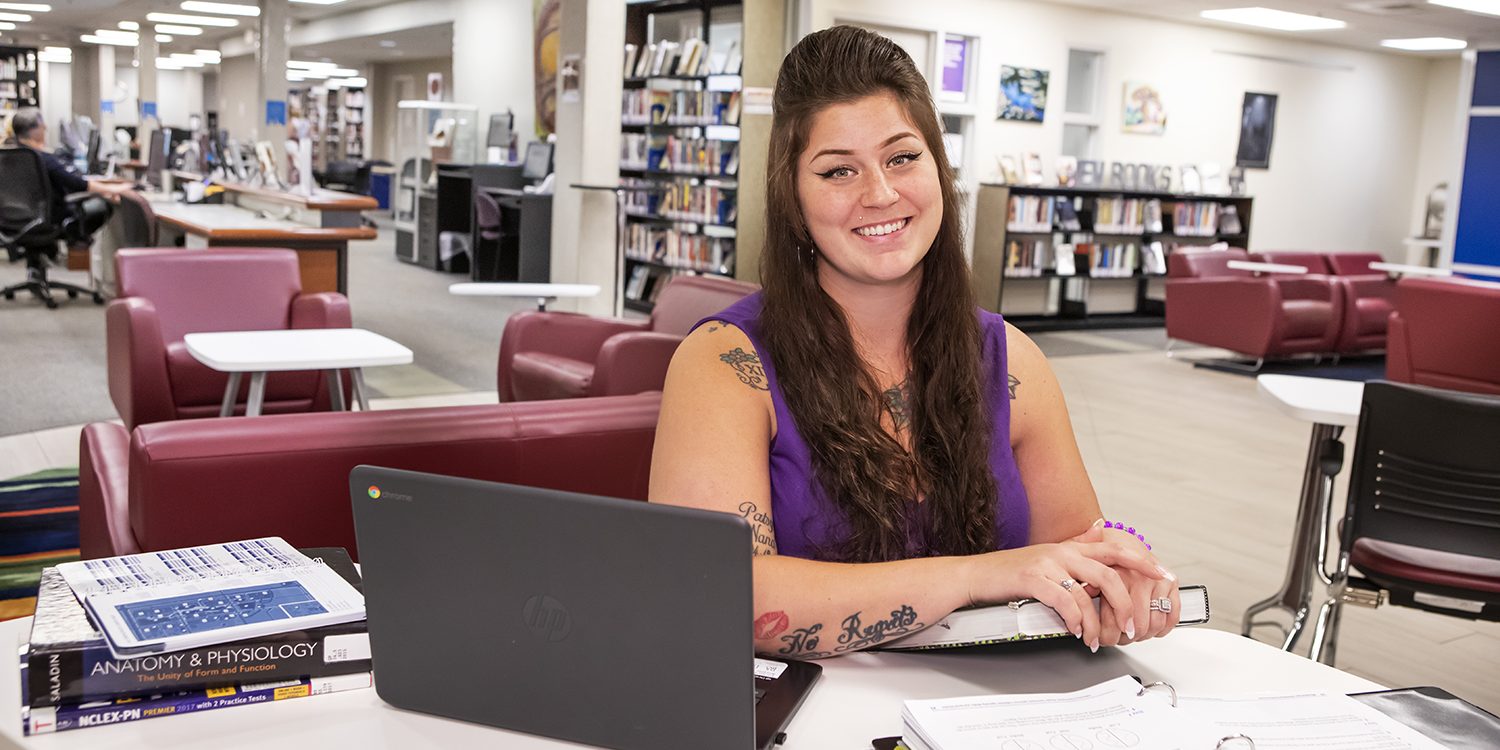 Growing up, Andrea Stone never dreamed about going to college. Her mom, who never finished seventh grade, battled a substance-use disorder throughout Andrea’s childhood. Her dad dropped out of high school. Andrea often asked herself if she would be any different.

An unexpected pregnancy in her early 20s forced Andrea to embrace a new mindset and plan. She moved to Springfield from Chula Vista, California with her mother, brother and sister. The family agreed a fresh start in a more affordable city was just what they needed. Soon after, Andrea enrolled in classes at OTC – a decision she says changed her life forever.

“As soon as I found out I was pregnant, I knew I was going to need a college education to provide for my daughter – I wanted to give her the upbringing I never had,” Andrea said emphatically. “But it was my brother, who recently completed his own degree in respiratory therapy, who encouraged me to get started at OTC. And I’m so thankful he did.”

Due to her mom’s substance-use disorder, Andrea’s childhood involved a revolving door of social workers, school counselors and guardians. She spent the majority of her youth living with her grandmother, who passed away in 2013. Andrea took over as the family matriarch, describing herself as the “glue” holding everyone together.

“When my grandmother died, I became the backbone of the family,” Andrea said. “It was – and still is – really stressful at times, but family is so important to me.”

Andrea says going to college and working full-time as a single mom is the hardest thing she’s ever done. She regrets missing some of her daughter’s milestones, but she says it’s more important to show her daughter that she can someday pursue – and thrive in – a career she loves. Andrea credits one OTC instructor in particular, Dr. Morgan Presley, for helping her through the toughest moments.

“It was my first anatomy class. Everyone else was fresh out of high school and just killing it, whereas I, in my mid-20s, had no idea what I was doing,” she recalled. “I got a D on my first exam, so I stayed after class to talk to my instructor, Dr. Presley. She’s been my rock and mentor ever since.”

During their chat, Dr. Presley assured Andrea that, while her journey to college was different from other students, she was still wholly capable of succeeding. She added that Andrea now knew what was expected of her on exams, and she could push herself that much harder in the coming months.

In addition to seeking Dr. Presley’s support, Andrea also spent many hours that semester in the Speckman Tutoring and Learning Center. She poured herself into her coursework and studies, and earned all As and Bs her first semester of college.

Andrea’s GPA is one of many factors that will be considered when she applies for OTC’s nursing program this fall. She says the career is a newfound dream of hers.

“My caretaker mentality has spilled over into so many different aspects of my life,” she said with a smile. “On a personal level, I take care of my family. And on a professional level, I would love to care for others as a nurse.”

Thanks to the encouragement she’s received at OTC, Andrea knows she has what it takes. She hopes to pay that support forward to other first generation college students as she prepares for her future career in nursing.