EMP grad lands new role within company thanks to degree 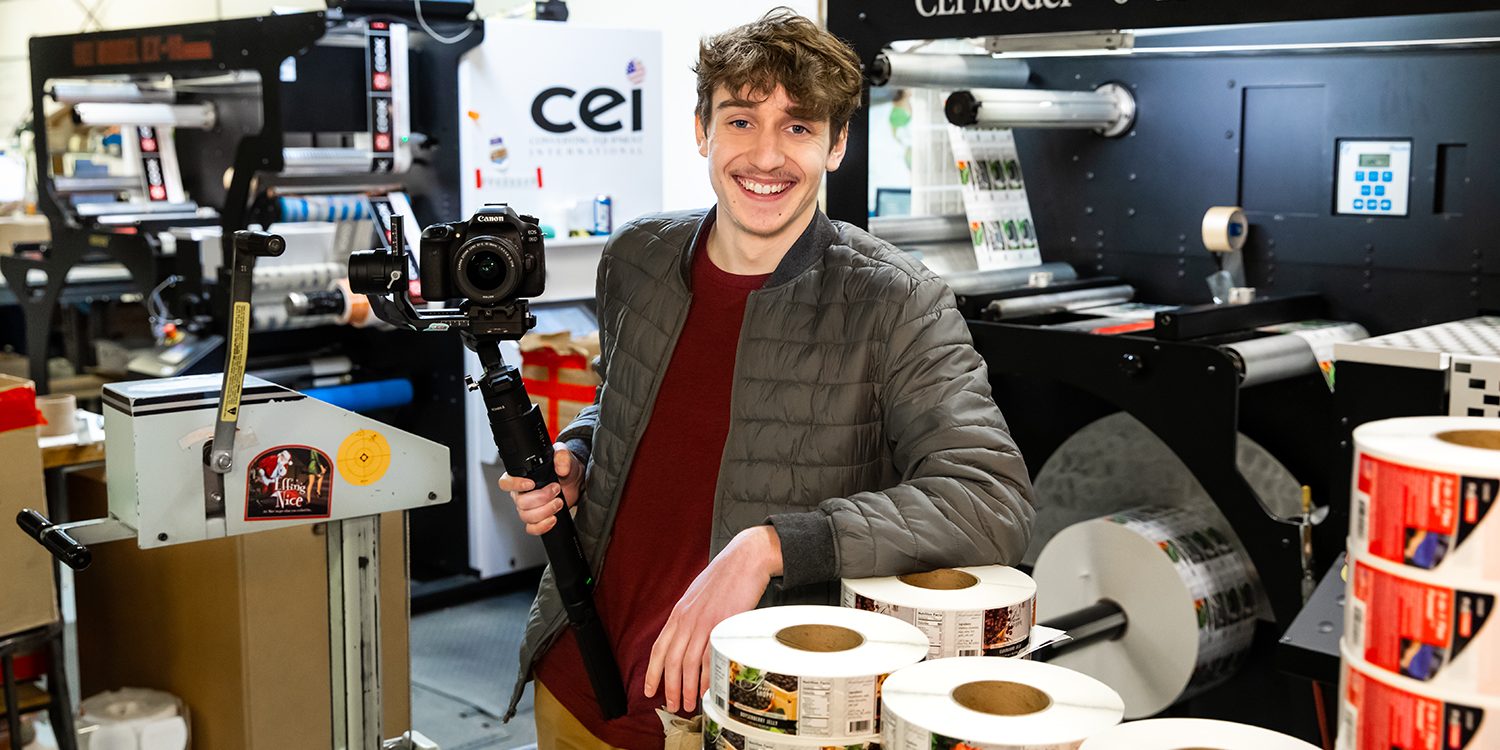 OTC alumnus Luke Bradshaw had no problem landing a job in his field upon graduation. In fact, all he had to do was ask. The 21-year-old worked in the shipping department of Ample Industries, a custom label printing company. He told the CEO he earned his Electronic Media Production degree from OTC, and the company created a position for him from scratch.

“I casually mentioned to my boss that I was graduating soon, and told her to let me know if she ever needed any company videos,” Luke explained. “I had no idea she was going to take that and create a media department for the company. It all happened so fast.”

Within a couple weeks of graduation, Luke moved from the shipping department into a different office with a new computer and video equipment. His first assignment was to create a ‘how it’s made’ video featuring the company’s flexographic plates.

“Our clients are very interested in seeing how things work, so these ‘behind-the-scenes’ type videos are really helpful in educating them about the technology we use to meet their custom label printing needs,” he said.

Luke discovered his passion for media production as a high school student. What started out as silly, impromptu videos he filmed with friends quickly turned into something more.

“I remember thinking, ‘I could probably make a career out of this,’” he recalled.

When it came time to choose a college, Luke said he was drawn to the hands-on nature of OTC’s Electronic Media Production Program. He said he also liked the fact that he could use his A+ Scholarship to attend OTC tuition-free.

“I looked at a few colleges before I made my decision, but other programs seemed more theory-based and less hands-on,” he explained. “At OTC, they put a camera in your hand day one. And all the instructors had spent years in the field and knew what they were talking about. Those factors, coupled with the A+ Scholarship, really appealed to me.”

Looking ahead, Luke is excited to grow in his role at Ample Industries. He credits much of his success to the supportive culture that exists within the company, particularly that of his boss and CEO, Natalie Menzies-Spradlin.

“She is the one who believed in me from the beginning, taking that initial leap to create a media department for the company,” Luke said gratefully. “I love what I do here, and I can see myself in this role for a long time.”

And now, his career at Ample Industries is coming full circle thanks to his latest project. Luke was recently tasked with creating a video for the shipping department, his first job within the company.

“It’s been fun to get back to my roots for a bit,” he said with a grin.