Athlete graduates OTC and Hollister High at the same time 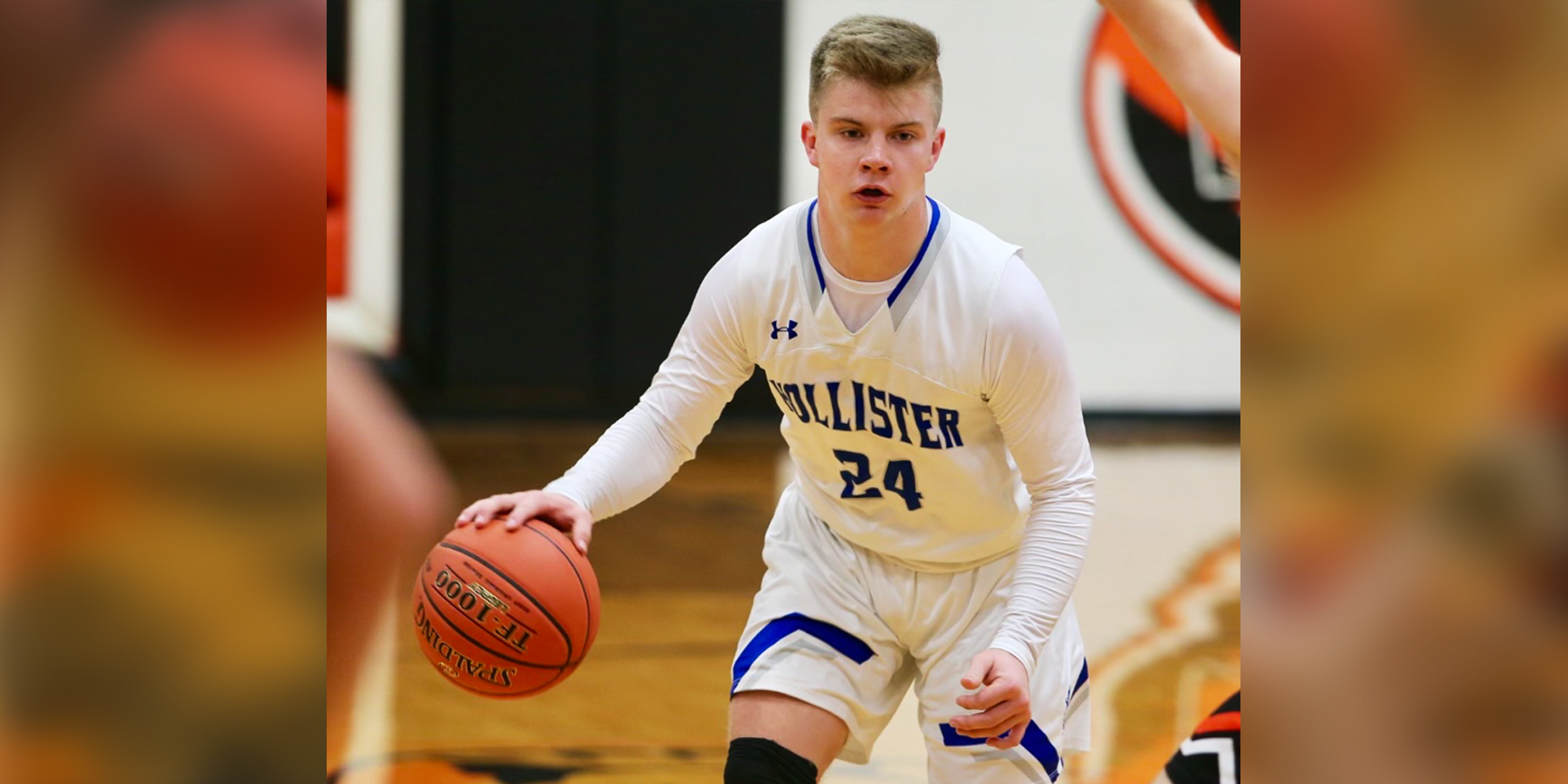 When Brady Peterson earns his bachelor’s degree, he still won’t be old enough to have a glass of champagne to celebrate. The 18-year-old graduates from Hollister High School on Sunday, May 23, but a few days earlier, he’ll earn his Associate of Arts from Ozarks Technical Community College. When he starts taking classes at Lindenwood University in St. Charles in the fall, he’ll already be a junior in college.

Brady moved to Hollister from Marshfield after his freshman year of high school when his mom took a job as a math teacher at Hollister High School. During his sophomore year, a counselor told him about the opportunity to take classes at OTC during his junior and senior years and earn college credit.

“I wasn’t sure at first, but my mom kind of pushed it,” Brady said. “I was kind of scared going in.”

Brady dove into college the summer before his junior year when he enrolled in college algebra at the OTC Table Rock Campus. After that, he was a full-time college student taking a wide range of general education courses, including philosophy, political science and trigonometry. One semester in, Brady knew that he wasn’t in high school anymore.

“It was kind of culture shock at first. I didn’t study much in high school and still earned As,” Brady said. “Now, I definitely study, and I know what it takes to be successful in college.”

One of the attributes that attracted Brady to taking OTC classes while in high school was the schedule flexibility, which allowed him to play varsity basketball and golf.  Brady also had a job at Big Cedar Lodge, working in the gift shop.

“I’d work 20-30 hours a week, even during basketball,” Brady said. “I’d go to the gift shop after practice and work until 9 or 10 and then go home and finish up my homework.”

Later, he worked on the Big Cedar Lodge golf courses Ozarks National and Payne’s Valley. Plus, Brady underwent two basketball-related knee surgeries his junior year. One of the surgeries resulted in a staph infection that required an additional surgery and a long course of intravenous antibiotics.

He’s overcome a lot to make it to his dual graduations. There have been students before Brady to graduate from Hollister High and OTC at the same time, but Brady is the first varsity athlete to pull off the double.

“Brady embodies the kind of student that Hollister and OTC envisioned for the dual-degree program,” said Evan Ray, director of student success at OTC Table Rock. “Intellectually gifted, academically driven, and someone who is self-accountable are all descriptions that accurately define his character. Lindenwood is fortunate to count Brady among its flock.”

Brady has an internship lined up for the summer with Thousand Hills Golf Resort, which will become a remote internship in the fall. It will need to be remote for the fall because Brady will attend Lindenwood University, where he plans to study business. Since he already has an associate degree, Brady will only take business classes his first semester. He also plans to walk on to the basketball team.

If everything goes as planned, Brady should earn his bachelor’s in two years and then go on to graduate school. By the time he earns his master’s, he should finally be old enough for that glass of champagne.