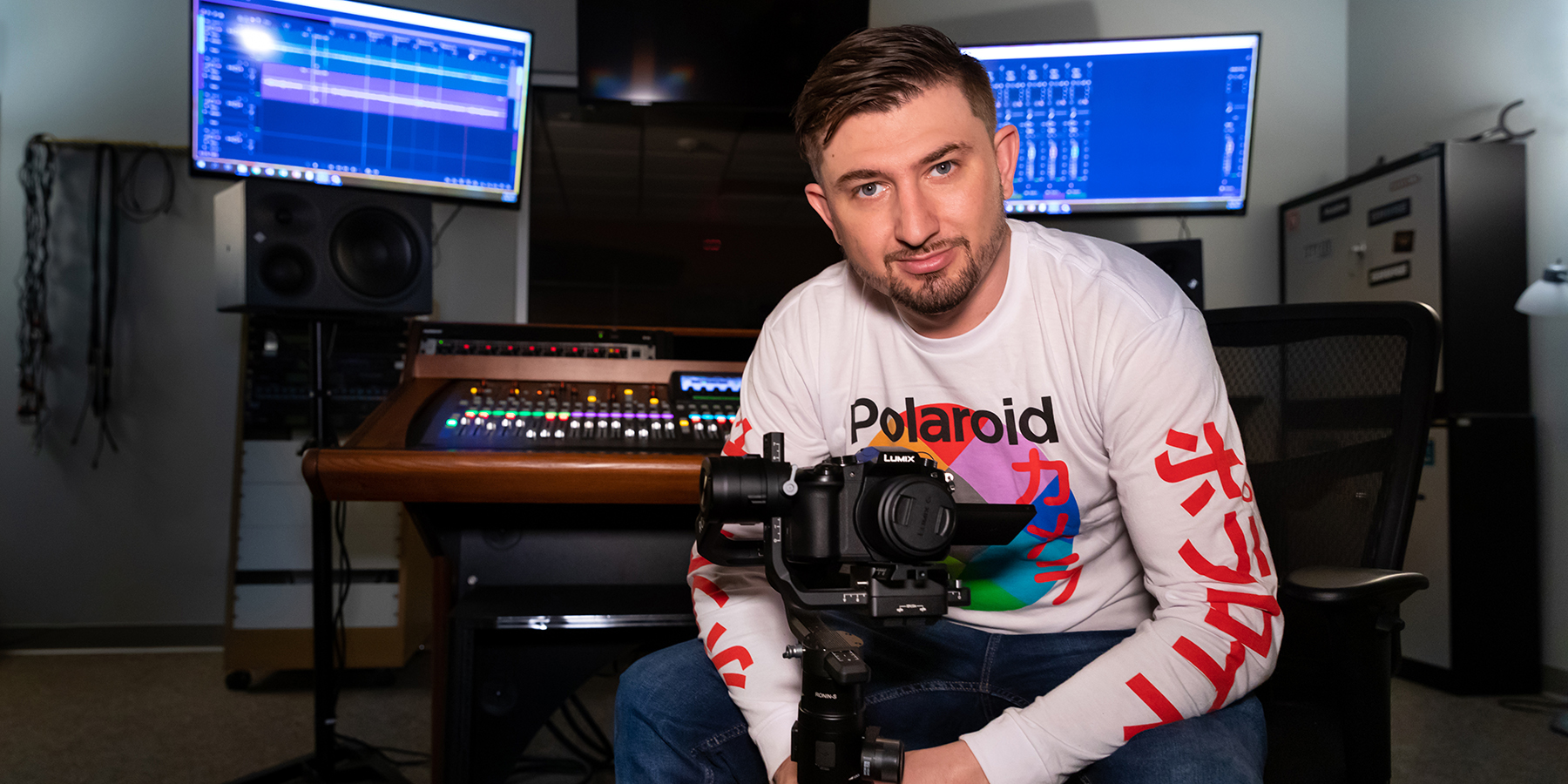 Daniel Holtcamp spent his childhood searching for acceptance and belonging – but he found it in all the wrong places. The Sedalia, Missouri native battled drug addiction and gang affiliations throughout his youth. It wasn’t until he moved to Springfield and enrolled in OTC’s Adult Education and Literacy Program that he found a new path for himself.

Bullied and ridiculed in school by his peers, Daniel turned to gang affiliation for acceptance and protection. He was just 12 years old at the time.

“I was picked on for being different – my second-hand clothes, that sort of thing. The mental and physical abuse got worse as I got older,” Daniel explained. “But the gang accepted me for who I was, and they helped protect me.”

Daniel’s protection – however – came at a significant price. He quit school in the ninth-grade feeling rejected by his peers and accepted in the streets.

“Once you’re in the darkness, it’s easy to get used to it and just stay put,” Daniel said, reflectively. “But I eventually told myself there was light on the other side of the tunnel. I just had to get myself there.”

In his early 20s, Daniel lost his beloved uncle in a car accident. That, coupled with other traumatic events, convinced Daniel to start fresh in Springfield, where he moved in with his older brother James. With a community college degree, his brother had landed a well-paying job at Jack Henry and Associates. Daniel hoped to accomplish a similar feat.

Not long after his move to Springfield, Daniel became a father. In an effort to give his son the best life he could, Daniel enrolled in OTC’s Adult Education and Literacy Program and began studying for his HSE exam, or high school equivalency test. Daniel says he quickly found a new level of support from OTC that he hadn’t experienced before.

“From the beginning, I felt love and acceptance at OTC,” Daniel said. “Everybody needs a chance to make it somewhere in life. OTC helped me do that for myself.”

Once Daniel passed the HSE exam, he knew an associate degree was the next step. But, after dabbling in a computer networking degree like his brother, Daniel discovered a new passion in OTC’s Electronic Media Production Program.

“Once I enrolled in the EMP program, I started to get straight As. That’s when I knew I was in the right place,” he explained.

Now, Daniel is weeks away from earning his associate degree at OTC, and he has big plans for his future. The aspiring videographer recently started shooting and editing wedding videos for couples. Newly engaged himself, Daniel hopes to open his own media production company.

“My journey’s been challenging, breaking free from my past,” Daniel said. “But OTC helped me unlearn what I was once taught and relearn how to actually be successful.”

With his new degree in hand – and a revived sense of belonging and purpose – Daniel is well on his way to accomplish any goals he may set for himself.

Established in 1991, OTC’s Adult Education and Literacy program offers free, specialized instruction for students who wish to build or refresh the basic academic skills necessary for success in life. Through the program, hundreds of students earn their High School Equivalency certification each year.

March 24 is #GiveOzarks Day, and the OTC Foundation is raising funds cover High School Equivalency testing fees for students. These $100 tests give students the opportunity to land better-paying jobs or pursue college degrees. Make a gift between 7 a.m. and 7 p.m. on March 24, and know your support will help Adult Education and Literacy students achieve brighter futures. Donate and learn more here.