A+ brings student closer to his career choice 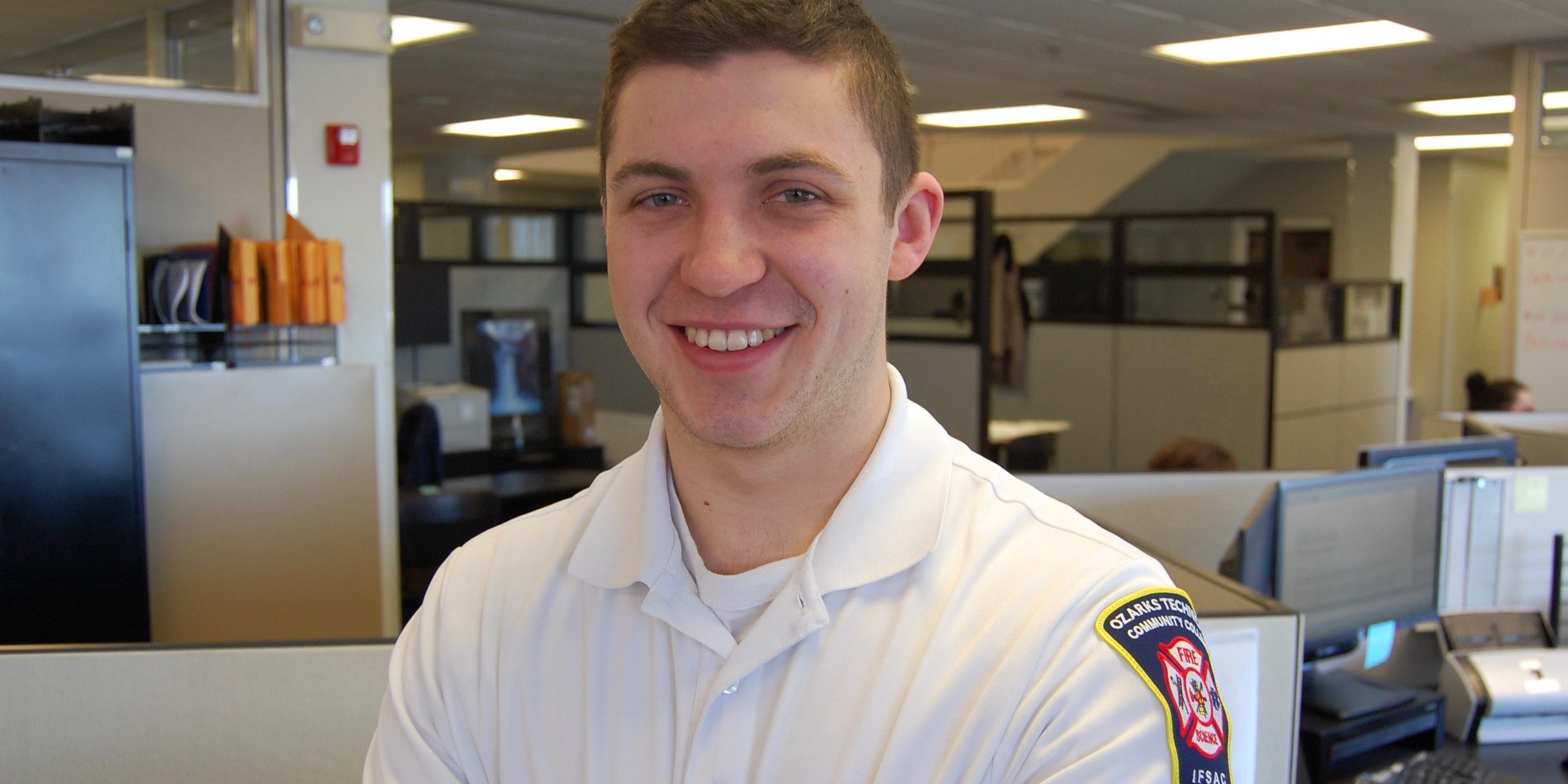 First-year student Jackson Davis came to OTC undecided about what career he wanted to enter. Thanks to his family and the A+ state scholarship program, Jackson is ready to embark on his career in fire science.

Jackson had plenty of choices. He considered engineering, joining the military, becoming a police officer or studying fire science.

“Those military, police and fire folks all put their lives on the line for others. My stepfather is a Greene county deputy. I wanted, at first, to go into police work but then I had a talk with the family and decided on fire science,” he said.

So, today, Jackson is studying to be a firefighter with the goal of earning a four-year degree in the program.

In addition to studying to be a firefighter, Jackson is a singer, as well. He sang through high school and was very good, taking state honors in high school competition.

He laughs at the notion that he could be known in some circles as the singing fireman.

In the fall, he was part of the OTC Choir. “I figured why not try?” he asked, adding that he really liked the Alberta Smith, the choir director. “She is so passionate about what she does.”

Thanks to the A+ program, Jackson is able to afford his education including Emergency Medical Technician classes that are expensive.

“Thanks to A+, I haven’t had to pay for anything but my books. It’s a lifesaver and a reason I came here,” he said.

Jackson works in the OTC Student Services office entering information into data records. He also has earned a Leadership Scholarship to help with his education costs.

“The people at OTC are amazing,” he said. “I think people undervalue OTC. It’s the best education you can get and at a reasonable price.”