Career Center allows student to cook up a storm 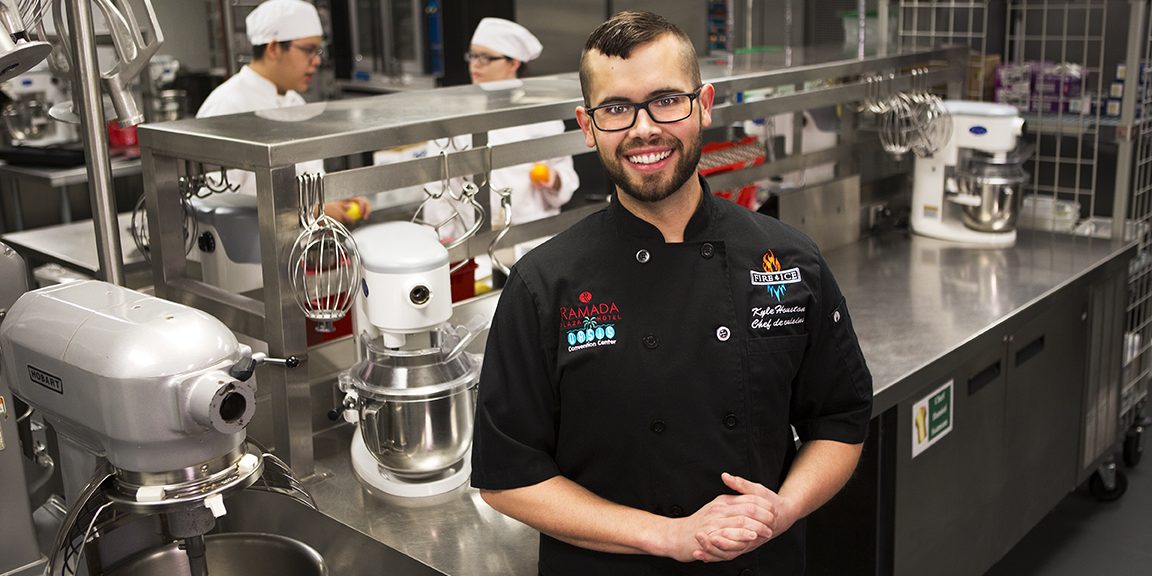 Kyle Houston knew he wanted to be a chef when he was just a youngster watching his grandmother make rolls at 6 in the morning.

But it wasn’t until he came to the OTC Career Center as a senior at Republic High School that he was able to change his dream into reality.

“I was going to go to some of the bigger schools, but I came to the realization, after training through the Career Center, that OTC had pretty much everything the others had to offer, so it was pretty much a no-brainer,” he said.

The 28-year-old Houston, who graduated from OTC in 2009 with his associate degree in culinary arts, is now the executive sous chef at the Ramada Plaza Hotel and Oasis Convention Center working in the Fire and Ice Restaurant.

Spending his time in the professional kitchen reminds him of his days spent with his grandmother.

“I would watch my grandmother cook. She would start at 6 a.m. making rolls. Later on, I came to the realization that she put in all that time and passion into something and it meant a lot.  Something as small as a roll would bring so many people together. I thought that was huge,” he said.

As a senior in high school, Kyle came to OTC in the afternoon and studied the culinary arts. He and his classmates would bake cookies for events around the Springfield campus. They would learn basic cooking techniques and things that all chefs need to know, like how to hold a knife.

After high school graduation in 2006, Kyle used his A+ scholarship money and enrolled in the  culinary arts program at OTC.  The faculty and the facilities immediately impressed Kyle.

“Back then, six years ago, I thought it was the bees’ knees. It was cool.  All the equipment we needed was available,” he said, adding that working at the student-operated Scallions restaurant on the Springfield campus enhanced his education.

“My time at Scallions was very educational. The students really enjoy it. It’s a great education tool before they make that step into the workforce.”

Overall, he gave his time at OTC two thumbs up.

“The mentoring is very important. You can talk to any of the chef instructors as a young culinarian. The college obviously wants you to come here and make you the best culinarian possible. It helped me decide,” he said.

“No matter what program or school you’re going into, it’s what you take out of it.  You have to work at it no matter what. Education is important in any field but in my field, many people don’t think it’s as important. I’m telling everybody it’s extremely important to have that degree. It’s gotten me that much farther.”