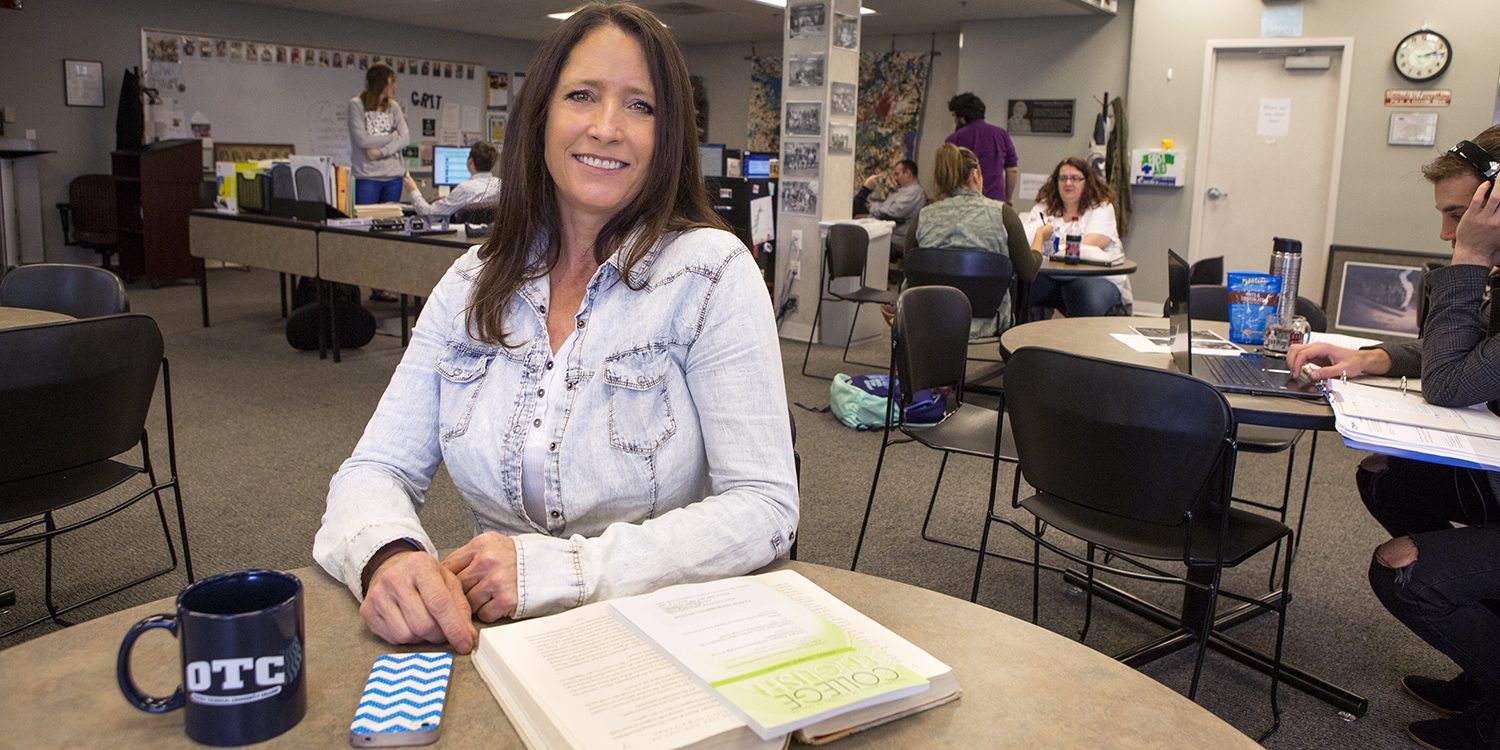 Melanie Johnston has enjoyed the best of times as a student at OTC after suffering the worst of times in an abusive marriage.

Melanie is now an honors student and vice president of publicity and outreach for the college’s Honors Program. She also works as a tutor at the Carol Jones Writing Center, which suits her because she’s studying to become a technical writer.

“I love to write. I want to be an editor or writer of some kind,” she said.

It took some time for Melanie to find her passion. She had considered other careers, including construction management. She grew up in Colorado and after graduating from high school there, she moved to Taney County after visiting just once.

“I fell in love with the Ozarks. I knew I had to come back,” said Melanie, who still has a beef farm where she raises cattle and vegetables. She also waits tables at a truck stop in Strafford, where she lives with her two children.

Before finding salvation for her family in the Ozarks, Melanie had to endure four years of life as an abused wife while married to a man she dated in high school, whom Melanie now describes as “not a very nice person” She left him in 2012.

“I escaped with my life and started over here,” she said.“But I’m feeling good right now. The past is part of who I am, but nothing scares me now.”

When Melanie came to the Ozarks, she enrolled in an online class in the spring of 2015 and admitted that she was surprised by how well she did. After that positive experience, she took even more classes.

“OTC, the staff, the instructors all gave me confidence and the tools that I needed. This is such a friendly, welcoming campus,” she said. “I’ve gotten such good responses from the faculty.”