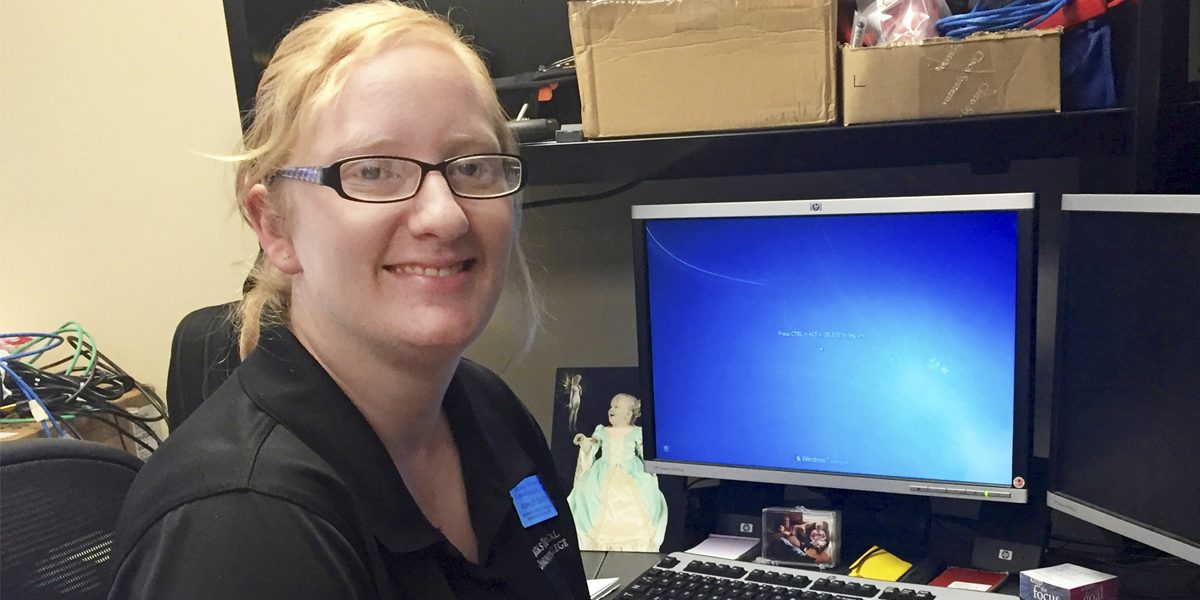 The audience at the April 6 High School Equivalency (formerly GED) graduation ceremony sat in silence as OTC student Ashley Smith told her emotional story of overcoming family and health issues to earn her high-school equivalency diploma, her college degree and a job with OTC.

“School was my getaway,” she said. “I did well in school and I wanted good grades.”

And there wasn’t anything that was going to keep the Illinois native from reaching her goal of graduating college and starting a career.

Ashley grew up in Galesburg, Ill., and family issues were stressful on her, so much so, that she developed a heart issue that forced Ashley to undergo testing and treatment for fainting spells and low blood pressure. The medical problems forced her to leave high school her senior year.

“I could no longer go to school. I had to focus on my health,” she said.

In the meantime, her mother moved to Springfield and Ashley came to see her mom. She visited OTC where her mother had previously attended classes and that’s when Ashley decided that she wanted to return to school. She enrolled in the HSE classes at OTC in 2011 and received her diploma that same year.

Ashley then enrolled in classes at OTC and on Thursday, May 12, she will walk at the OTC Commencement and receive her degree in computer networking.

“Graduating will be bittersweet. I love school,” she said.

But the good news doesn’t stop there.

While attending classes at OTC, Ashley took a work-study position in networking and worked in the computer repair clinic. She then went to work part-time in the department and was recently hired full time as a hardware technician.

Ashley told the audience that she wanted to share her story with that evening’s graduates.

“I want you to know that no matter how hard life gets or what road life takes you down, it’s important to not give up on your dreams,” she told them. “I hope to spread the message that life happens. Things don’t go as planned. It can be for many reasons.”

“I had a lot of help while I have been here. OTC has been a second home to me,” she said. “Everything I’ve learned here has been beneficial to me as a person.”