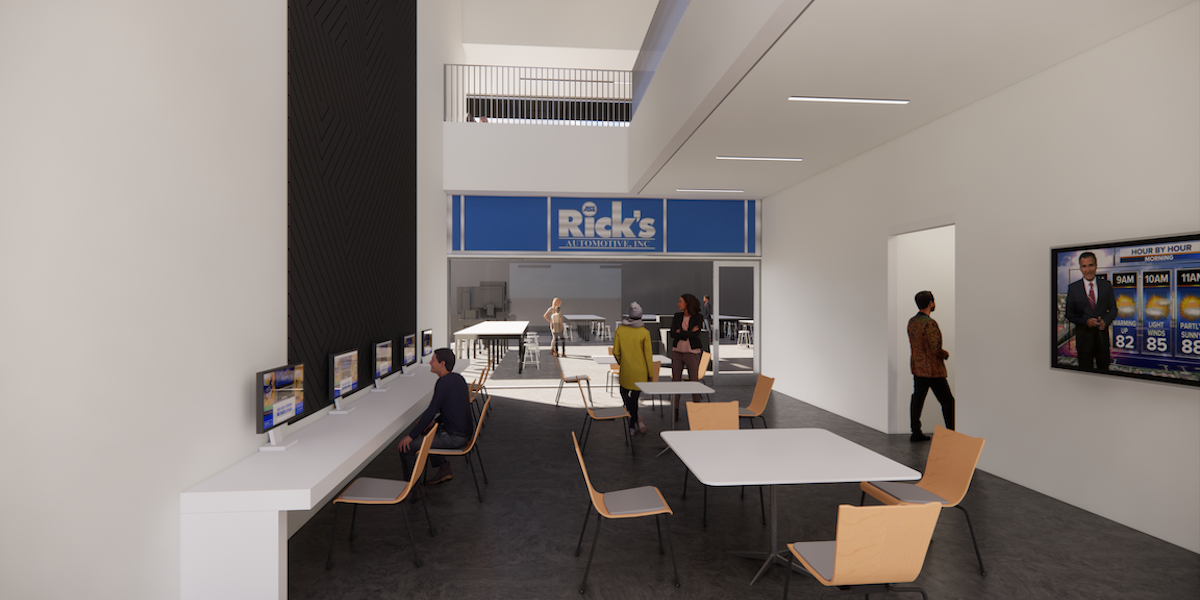 The Ozarks Technical Community College Foundation received a six-figure donation from Rick’s Automotive for the Rick’s Automotive Student Lounge inside the Robert W. Plaster Center for Advanced Manufacturing. Founded by Rick and Karen Hughlett in 1980, Rick’s Automotive has 40 full-time employees who service more than 1,000 vehicles per month.

“OTC has been a great asset to the Ozarks, and the Plaster Manufacturing Center is going to elevate the economic opportunities in the region,” Rick Hughlett said. “I’m excited about the training students will receive in the PMC, and I’m confident that a skilled workforce will attract new industries to the Ozarks.”

Rick Hughlett has a long history with OTC, having served on the OTC Foundation Board of Directors since 2006, and he formed the advisory board for the college’s transportation department. Hughlett attended the precursor to OTC, the Graff Vocational-Technical School, which was absorbed into the college when OTC was established in 1990.

Scheduled to open in August of 2022, the 120,000 square foot Plaster Manufacturing Center will provide training in:

“Rick has been a great friend to the college,” said Dr. Hal Higdon, OTC chancellor. “It says a lot about Rick that the PMC isn’t training automotive technicians, but he has the vision to see the positive impact the facility will have on our community.”

Other significant contributors to the $40 million Plaster Manufacturing Center include: