Student overcomes challenges to chart a path for her future 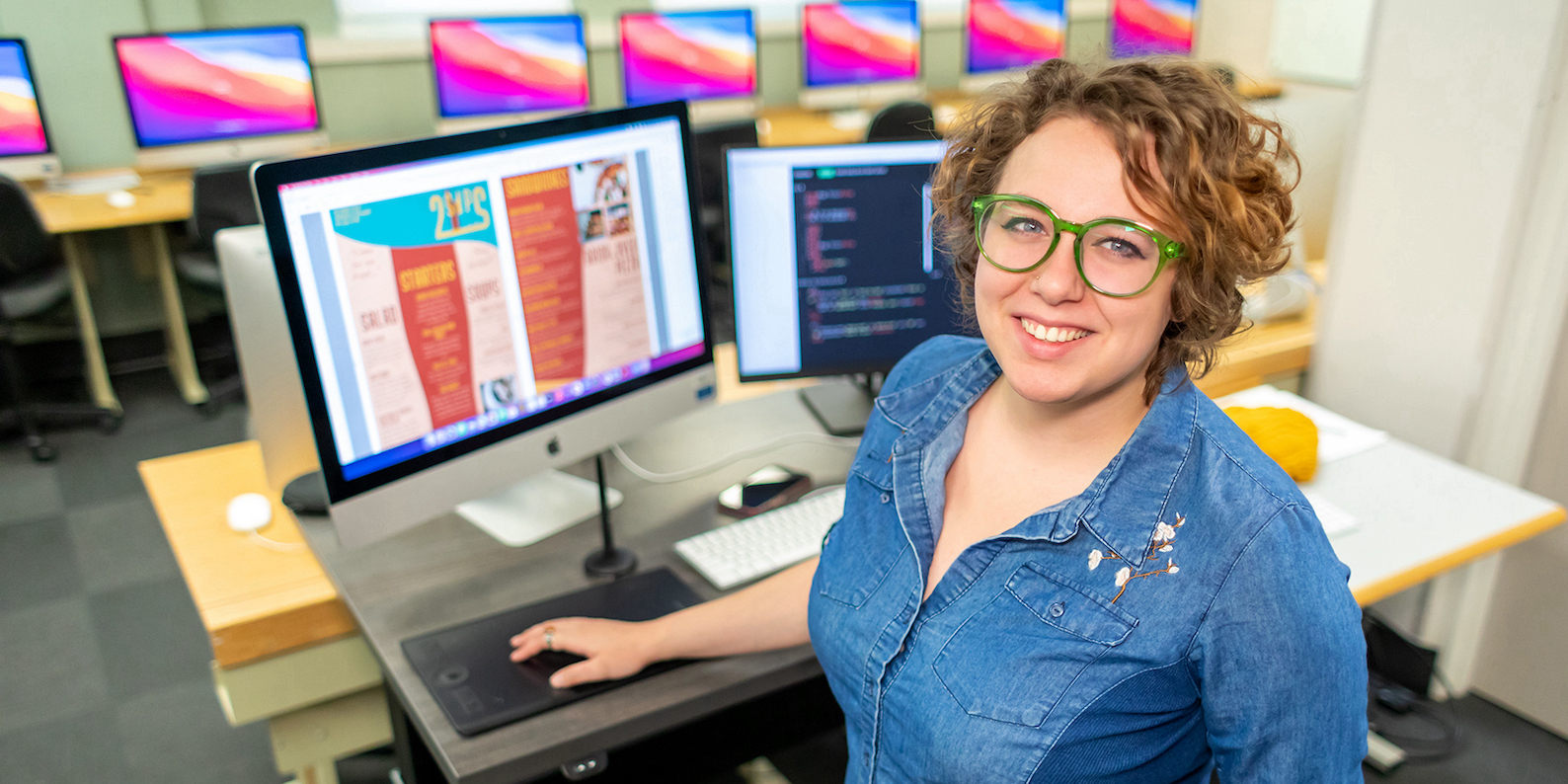 “All kids need is a little help, a little hope and somebody who believes in them.”

For Ozarks Technical Community College student Cecily Wright, the help, hope and belief came from a couple of OTC employees.

Wright grew up in Archie, Mo., a small town south of Kansas City. While in high school, she wrote and illustrated a children’s book, which earned her a scholarship to a four-year college in the Ozarks. Despite the scholarship, she still found herself with a hefty tuition bill. After a few semesters, Cecily left the college and began working at the YMCA. Living and working on her own led her to an epiphany.

“I began to consider future careers that I had discounted due to my rural upbringing,” Cecily said. “Even though I was a talented artist, I was not encouraged to do it professionally.”

Determined to improve her future prospects through higher education, Cecily enrolled at OTC in the fall of 2021 and began taking graphic design courses. Cecily was looking for a degree she could use to start a career right away because she did not want the student loan debt associated with a four-year degree.

“I don’t have a support system. I am responsible for keeping a roof over my head and determining where my meals come from,” Cecily said.

As she thought about ways to make her graphic design degree even more marketable once she graduates, Cecily became interested in web design. Plus, Cecily was looking for a new job that would supply her with relevant experience. Her graphic design instructor Hope Brooks-Lovan encouraged her to talk with George Lamelza, the college director of web services.

“Cecily is driven to succeed, and she’s willing to put in work outside of class time,” Brooks-Lovan said. “When Cecily told me she was interested in UX Design, I suggested she talk with George to see what she could learn.”

After meeting with Cecily, George hired her as a part-time student worker in web services. Now she is gaining relevant experience in programming languages, search engine optimization, copywriting and layout. Thanks to that experience, Cecily landed a full-time, paid internship this summer working in user-experience design at an insurance agency in Springfield. She plans to graduate from OTC in 2023 with a graphic design degree combined with a computer information science certificate.

Cecily is only 20-years-old, but she’s learned a lot about herself, the power of relationships and how to ask for help since leaving her small town in 2019.

I think people assume that all college students are on an even playing field, but they’re not,” Cecily said. “I had to learn to take care of myself, and it’s a steep learning curve when you don’t know who you are yet. But I’m thankful that there have been educators like Mrs. Hope willing to help me and give me the space to learn how strong and talented I am despite what my experiences would lead me to think.”

Thanks to a couple of college employees who believed in her, Cecily received some help, and she has hope for a successful future.