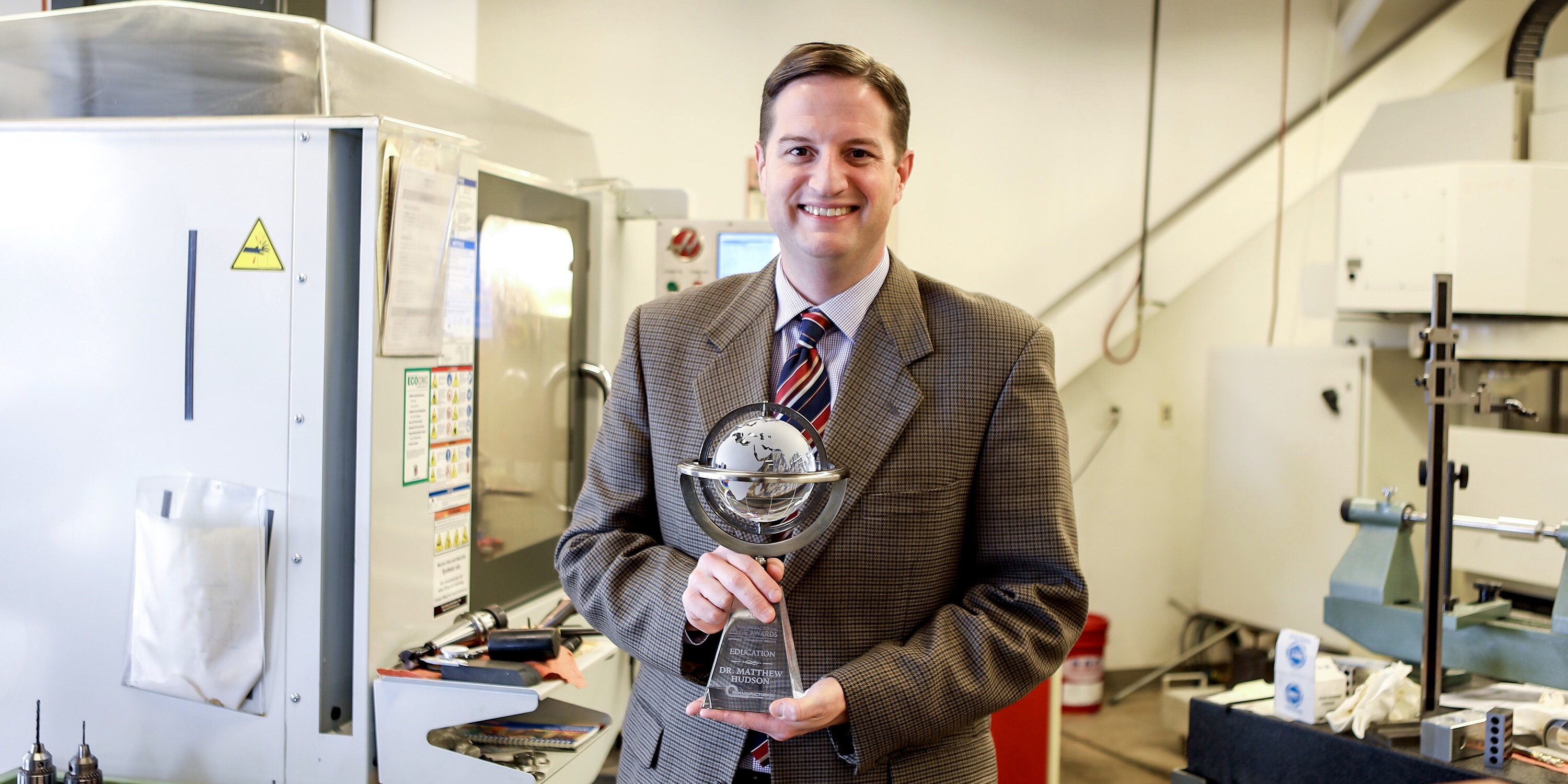 The Remanufacturing ACE Awards is an international competition sponsored by the Remanufacturing Industries Council (RIC). Nominations for these awards were accepted for individuals or companies in three categories, based on RIC’s mission to “Advocate, Collaborate, and Educate” on behalf of the remanufacturing industry.

Dr. Hudson earned the “Educate” ACE Award for his work in developing and implementing new remanufacturing courses at OTC. The courses cover fundamental remanufacturing principles like core management, inspection and cleaning, salvage and reclamation, repair, and preventative maintenance. The educational pathway was created to address the field’s growing workforce needs.

At the reception, Dr. Hudson reflected on his award by saying, “I am honored by this recognition and proud to partner with industry leaders in an effort to combat the workforce shortage together.”

The ACE Award is granted to an inspiring person or company that is recognized for their leadership in creating positive change for the remanufacturing industry and sustainability. The nominations were judged by a panel consisting of industry leaders, including partners from the RIC Remanufacturing Association Alliance.

Remanufacturing ACE Awards trophies were presented to each of the winners along with a scholarship, one in honor of each winner, to award within their communities, encouraging future industry leaders to become more engaged with remanufacturing before graduation. Dr. Hudson’s scholarship will be awarded to a student who is pursuing a remanufacturing-focused degree at OTC.

In addition to Dr. Hudson, John Disharoon of Caterpillar Inc. and Donald Chenevert, Jr. of SRC Holdings Corporation received ACE Awards for their contributions to the industry. Disharoon earned the “Advocate” ACE Award and Chenevert received the “Collaborate” ACE Award.

For further information about the Remanufacturing ACE Awards, contact Jenn Brake at jbrake@remancouncil.org or 585-380-8041.