Line worker brothers climb their way to the top 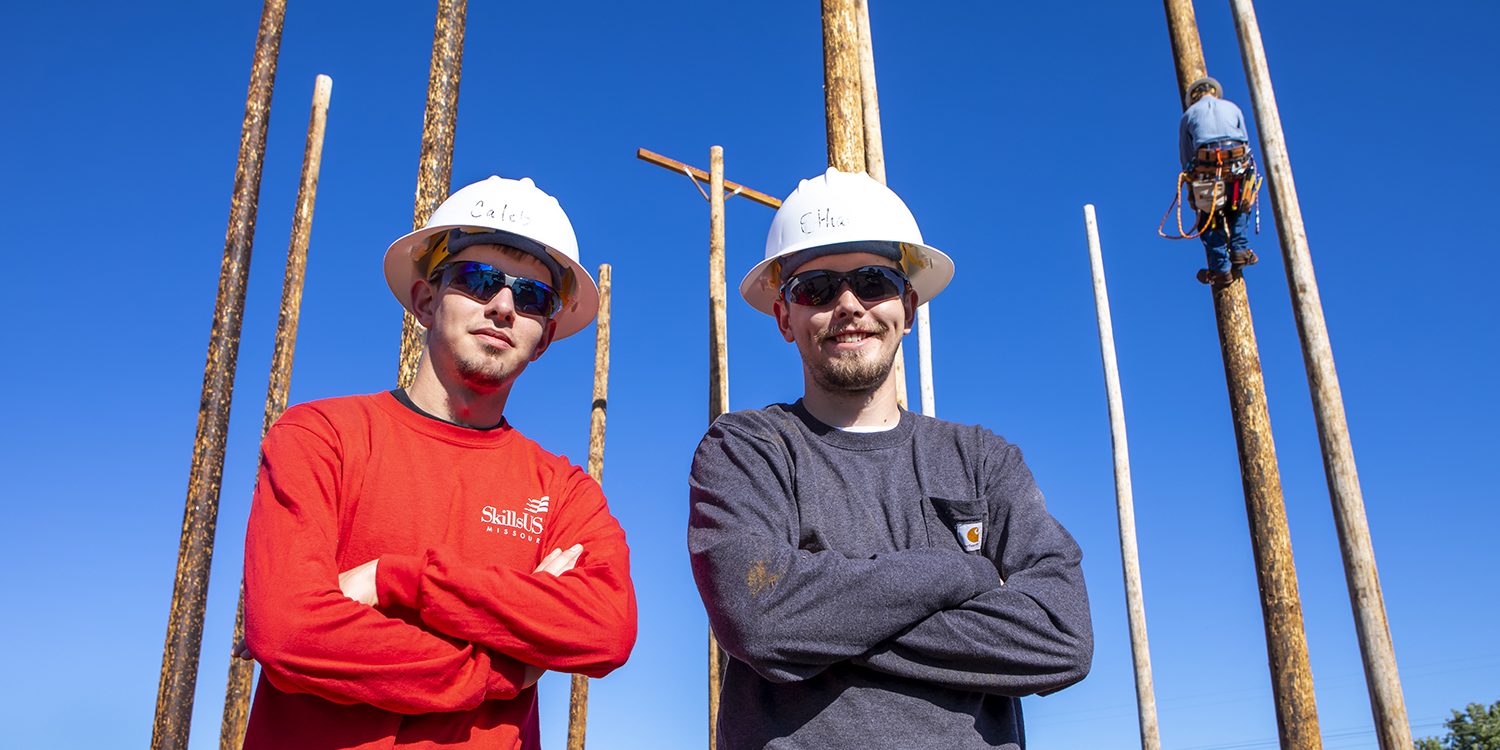 A healthy dose of sibling rivalry keeps Ethan and Caleb Cotten at the top of their game. The brothers will soon become line workers through OTC’s new program offered in Lebanon, Missouri. The two often compete against one another to see who can climb the 45-foot-tall training poles outside the OTC Lebanon Center the fastest.

“Learning how to climb took a little bit of getting used to, because your body’s not supposed to do what we’re doing out there on that pole – it’s not natural at all,” Ethan said with a laugh.

Caleb said he initially had to overcome a slight fear of heights, “Those poles bend back and forth as you climb them, and that kind of got to me at first. But I’m pretty comfortable up there now.”

OTC’s line worker program began in August of 2018. The hands-on courses teach students how to install and repair cables or wires used in electrical power or distribution systems. Ethan and Caleb are currently learning how to locate line trouble, climb poles, use hot line tools, and operate and maintain substations. Once they graduate, the two will seek out apprenticeships in the field. Their instructor, Mitchell Hurt, said those jobs won’t be hard to find – the demand for line worker apprentices is growing every day.

“We’re about to see a great deal of line workers retire, and that’s going to leave a significant gap in the workforce,” he said. “So over the next two years, it’s my job to help these students become as skilled as possible.”

Mitchell also said OTC’s line worker program has summer internships built into its curriculum. He explained that these internships will play a key role in helping students make valuable connections and find employment in the field.

Before Mitchell became a line worker instructor at OTC, he worked in the field for over a decade. Mitchell said his students exude so much professionalism and skill that it’s almost like being on the job with them every day.

“I set the boundaries and expectations, and these guys show up and work hard,” he said, his voice brimming with pride. “Together, we’re creating good habits and a strong work ethic that they’ll take with them for the rest of their lives.”

Despite the nationwide demand for more line workers, OTC’s line worker program is one of only a few associate degree programs offered in the state. Ethan says he initially learned about the program from a friend who was training to become a line worker at State Technical College in Linn, Missouri.

“I started seriously looking into it after that, and I talked to Caleb a lot about it, too,” he explained. “We both decided to give it a go, so we submitted our applications together.”

Fortunately, both Ethan and Caleb were accepted into the program’s inaugural class of 24 students. The brothers agree the best part of the program so far has been the bonds they’ve formed with their classmates.

“We’ve made friends from all different walks of life through this program,” Ethan said, “But we’ve all got one thing in common – we’re just a little bit crazy for picking this wild career.” 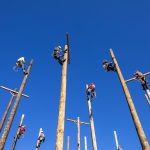 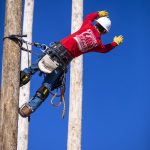 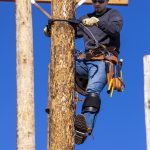 Ethan maneuvers around a crossarm. 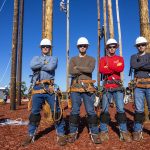 Ethan and Caleb pose with classmates.