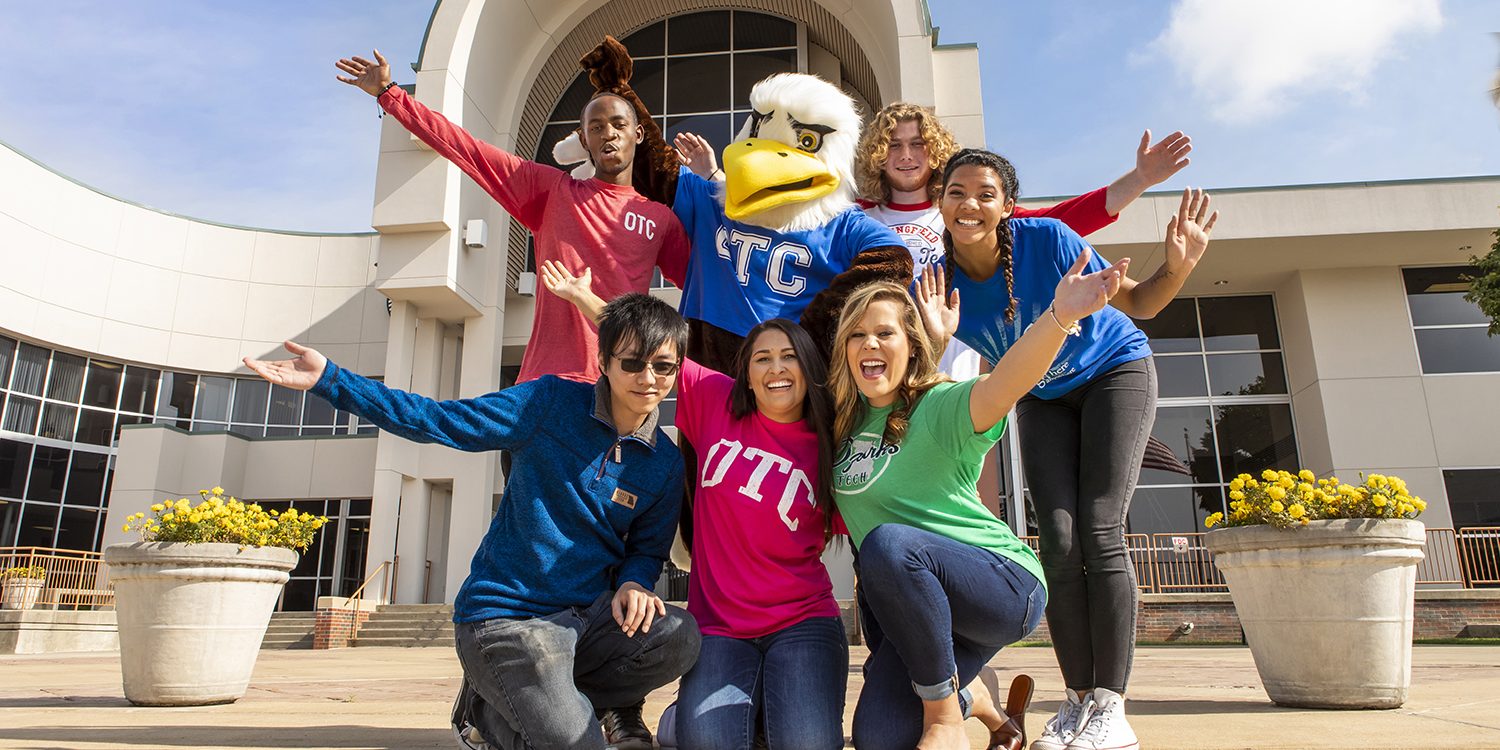 As thousands of students gear up for the fall semester at Ozarks Technical Community College, a friendly new face will greet them on campus. The college introduced Ozzy the Eagle as its official new mascot in a video posted to OTC’s social media accounts today, Aug. 16. In the video, Ozzy packs his bags, hops into a limousine, and heads to OTC where he is welcomed by cheering students.

While OTC adopted the eagle as its mascot in the early ‘90s, this is the first time the institution has developed a mascot character, costume and logo. Mark Miller, the college director of communications and marketing, says Ozzy the Eagle will make special appearances at OTC student functions throughout the year. He added that the mascot will help boost school spirit by giving students a sense of unity and pride.

“Mascots have the unique ability to bridge social and socioeconomic dividers. No matter who our students are or where they’re from, they are an important part of the OTC Eagle community,” he said. “And while we’ve been the OTC Eagles for more than two decades now – it was time to give our mascot a face and name, and really celebrate that identity.”

OTC’s fall 2018 semester begins Monday, Aug. 20. The Springfield campus will celebrate the first week of classes with a series of back-to-school events called Eagle Days. The events will include food trucks, a donut giveaway, photo contest and a proclamation by Springfield Mayor Ken McClure. Ozzy the Eagle will make several appearances throughout the week.