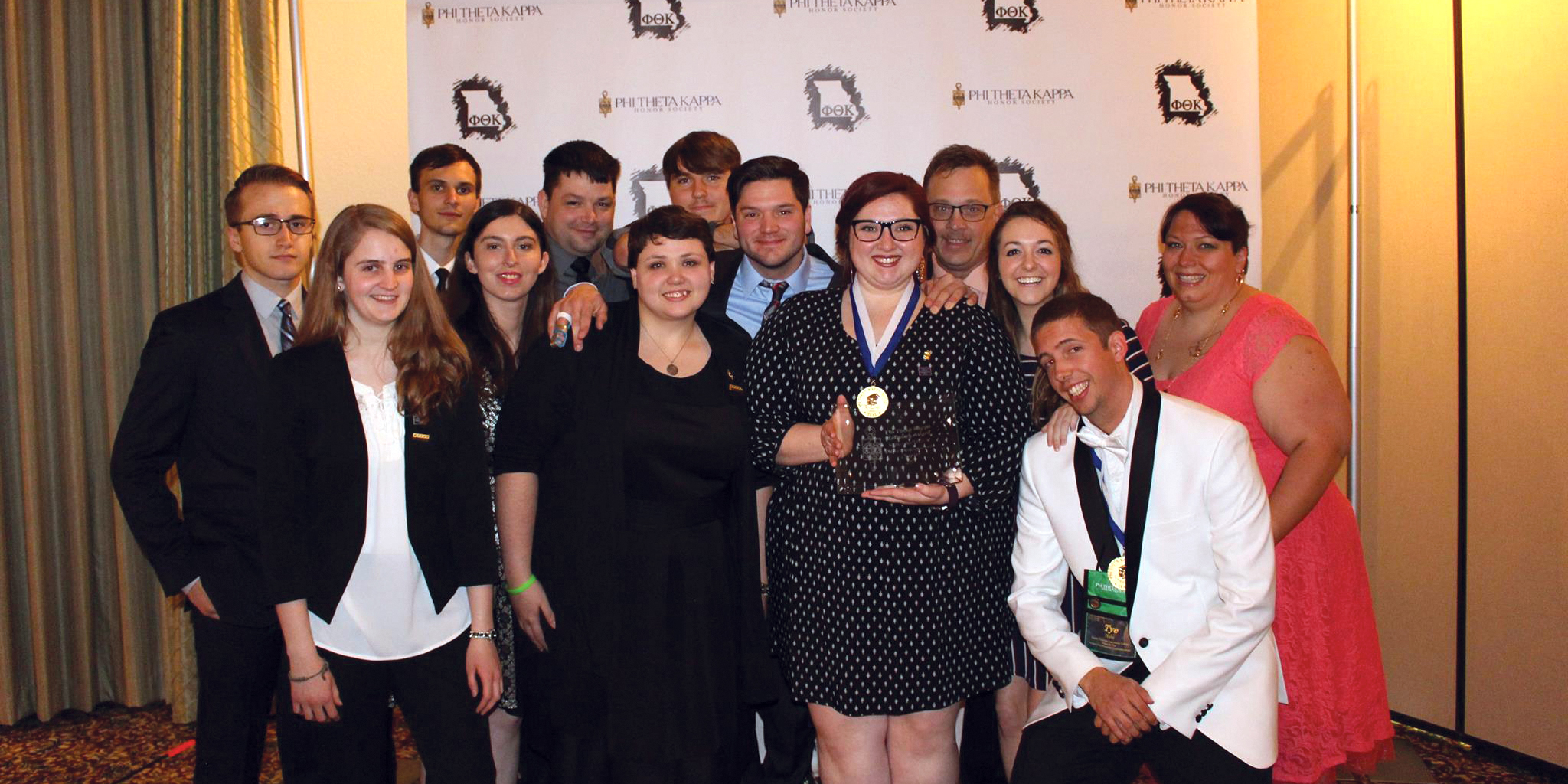 Representatives from Ozarks Technical Community College’s chapter of Phi Theta Kappa, the international honor society for two-year colleges, recently returned from the organization’s annual Missouri Regional Convention with several awards in hand.  The students and advisors of the college’s chapter were honored with 17 awards and three regional officer positions during the event, held in Branson, Mo.

Representatives from the chapter will soon travel to the International Convention in Nashville, Tenn., where they are now in the running for each of these awards at the international level.

Phi Theta Kappa honors students who have a grade point average of 3.5 or higher, and places its emphasis on leadership, service, scholarship and fellowship. OTC’s chapter of Phi Theta Kappa inducts new members twice each year, with the next ceremony planned for Thursday, March 30 at the Gillioz Theatre in downtown Springfield. For more information about OTC’s Phi Theta Kappa chapter, contact chapter advisors, Jo and Steve Fritts, at ptk@otc.edu.