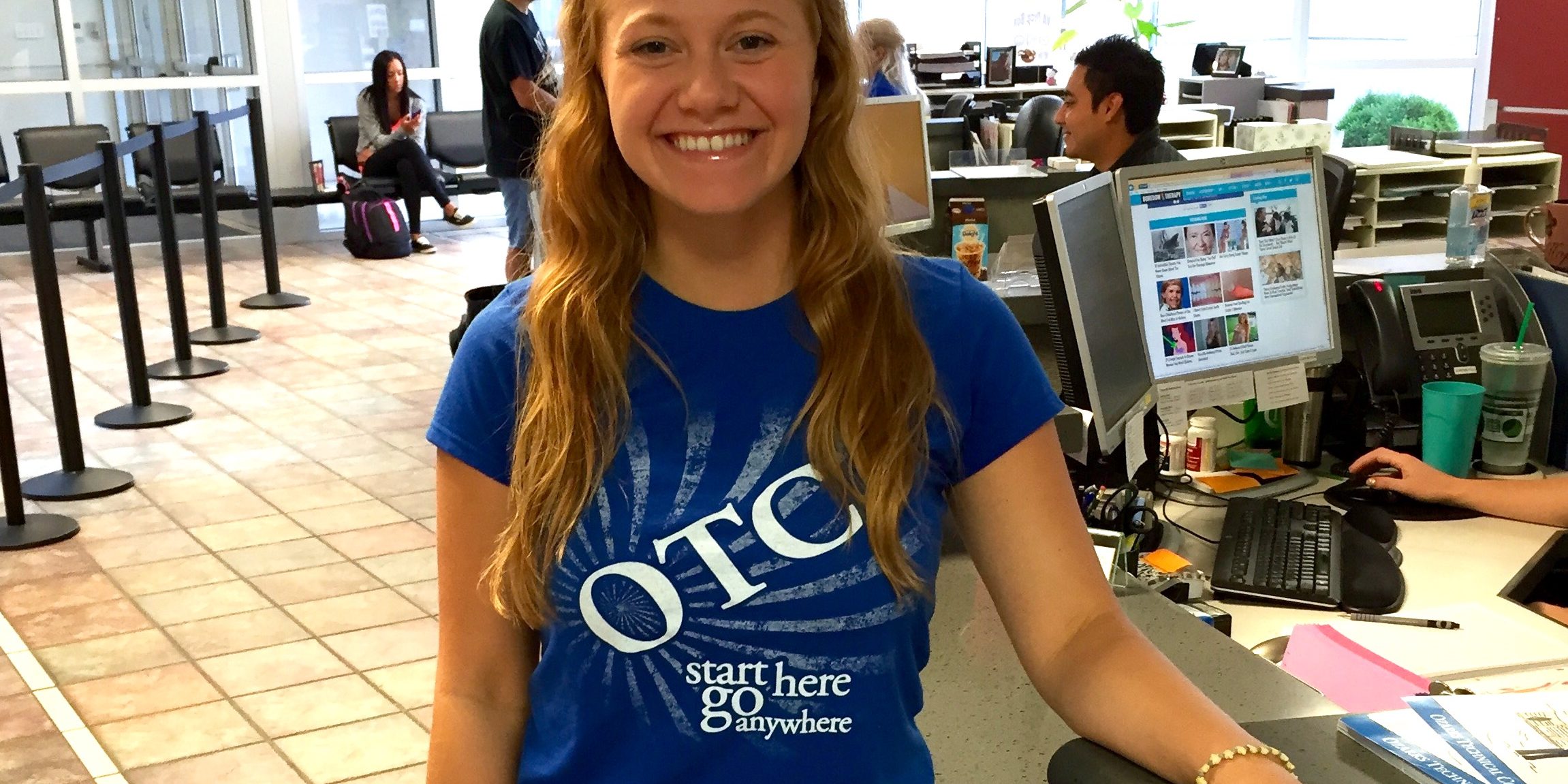 Thanks to the OTC Middle College program, Savannah Burnette got quite a jump on her college career.

The former Hillcrest High School student graduated from the Middle College program in May after earning 45 college credits. Now, she is attending OTC as a college student on two scholarships, including one that is earned by being a student ambassador.

“I’m a good listener. I like giving advice,” she said, adding that her plans include moving somewhere with mountains, like California or Colorado.

Savannah said she’s glad she came to Middle College because it changed her outlook on the future.

“The program matured me a lot. If I had graduated early, I might not have gone to college. I would have had no idea what to do,” she said. “The Middle College program showed me options that I had for a career.”

Savannah’s success story earned her a spot in a 90-second public service announcement commercial that names the OTC Middle College as an American College Champion. The video is airing on the local PBS television station through December and is part of a nationwide education campaign that will lead to American College Day on PBS on Oct. 3.

Many PBS stations are producing similar commercials, and the best commercials will air nationwide on PBS on American College Day.

Savannah was excited to take part in the commercial.

“I thought it was cool. I wanted to be an actress in high school,” she said.