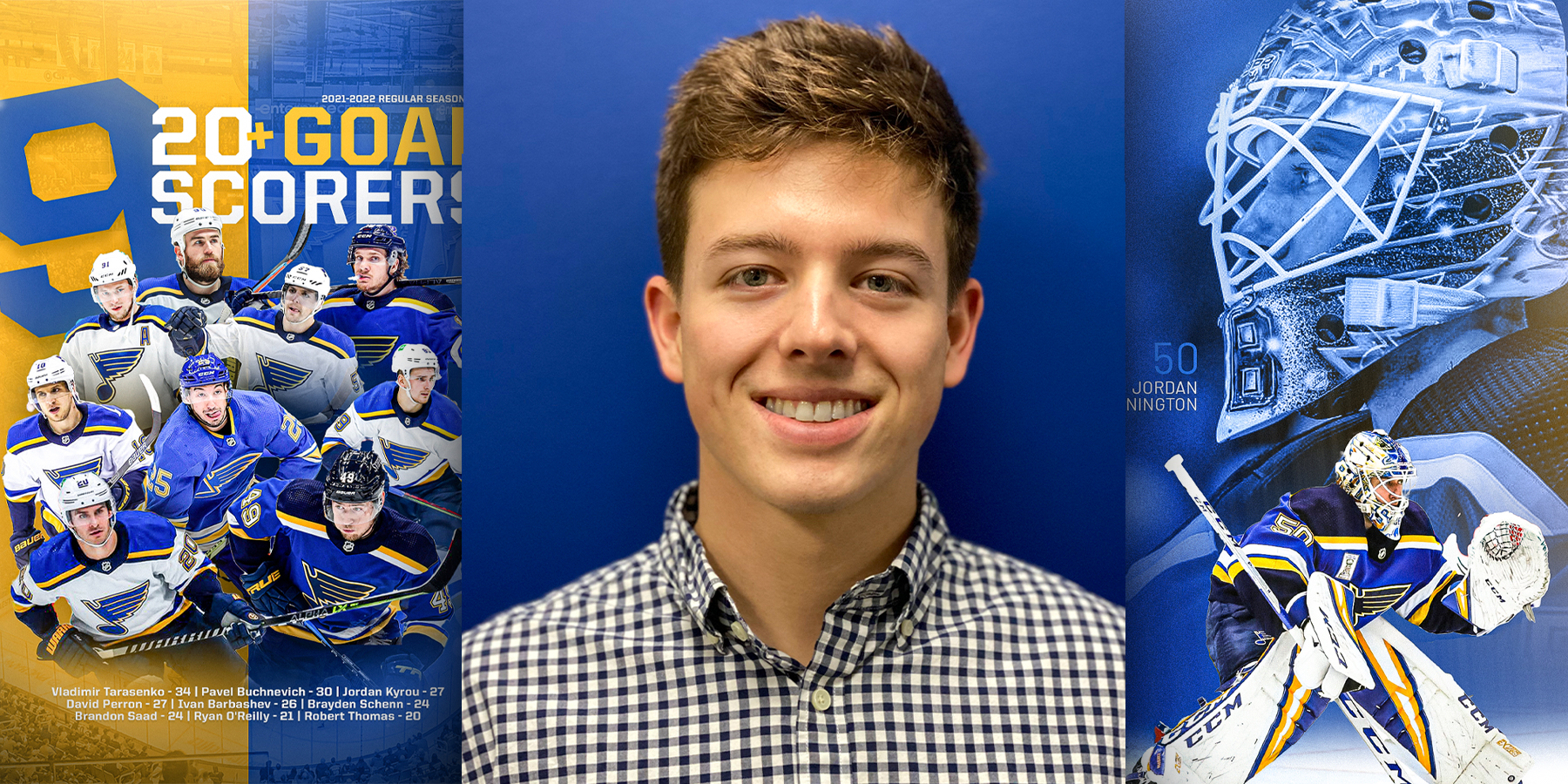 If you drive through Kennett, Missouri, you won’t find an ice arena, and nobody’s playing hockey even if the local pond is frozen over. Kennett native Drew Porterfield grew up a St. Louis Blues fan despite that lack of local hockey action. And a few days after he graduates from Ozarks Technical Community College, Drew will begin a summer internship with the 2019 Stanley Cup Champions.

“I used to tell my family and friends, ‘I’m going to work for the Blues someday,'” Drew said. “It’s been a goal since I started doing this.”

After graduating high school in 2018, Drew came to Springfield to attend Missouri State University. However, the fine arts focus of MSU’s graphic design program didn’t fit Drew’s career goals. After two years at MSU, he transferred to OTC’s Graphic Design Technology department, where he could use his state A-Plus scholarship.

“I’ve always been creative, but I’m not great at drawing,” Drew laughed. “Graphic design was a way to be creative, but not have to draw. I was always into sports, so I started teaching myself how to make sports-oriented graphics in high school.”

Growing up, Drew played baseball and took up golf during high school. He still plays golf, but when he moved to Springfield for college, he started playing hockey in the local men’s league, and he created graphics for the Missouri State Ice Bears hockey team.

“Hockey is just a fast-paced sport, it’s a much more skilled game than it was when I was growing up, and I like the contact aspect of the sport,” Drew said. “For a designer, there are constant changes in themes or creative campaigns throughout each season, so it keeps you on your toes and makes things interesting.”

For the internship, Drew will design flyers, posters, postcards and digital assets for the team and events the Blues sponsor. His office will be in the Enterprise Center arena, where the Blues play their home games. Anytime he wants to, he can walk out of his office and watch a game, and with any luck, he’ll have that opportunity beyond this season.

“I’m excited to work hard this summer, and I hope to transition into a full-time designer for next season!”

They share DNA and a college — the story of the Kings’ reign at OTC
September 9, 2022